I really thought I was going to be ahead of the curve on studying sherry in cocktails. I went to Jerez, I read books, I wrote a story for Men's Book by San Francisco Magazine that will be out soon. I was going to own sherry.

But no. Sherry is this year's vermouth. All the drink writers had the same idea at the same time as (okay, probably before) I did. And now the stories are popping up everywhere. 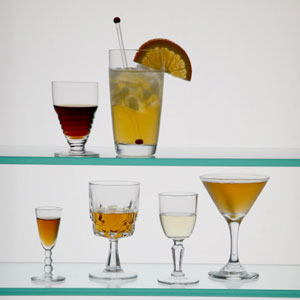 I noticed that this year's Sherry Vinos de Jerez competition is getting more press than ever. Just the other night I was out at Bourbon & Branch having a sherry cocktail that won the Sherries of Spain competition a few years ago, Jacques Bezuidenhout's magnificent La Perla, made with Manzanilla sherry, reposado tequila, and pear liqueur. While looking up the recipe, I see that Paul Clarke wrote about it for Imbibe more than a year ago.

Jordan Mackay, who is usually months ahead of me on his story ideas, just wrote about Manzanilla sherry on CHOW.com, though not for use in cocktails (phew!).

Then David Wondrich knocked it out of the park with a cultural history of sherry's popularity in this month's Saveur Magazine, and includes tasting notes, and recipes for the Sherry Cobbler, SanRu Cocktail, and Bamboo Cocktail.

Eventually I'll learn that I can't compete for good ideas with smarter people than I, but for now at least I'm in good company.