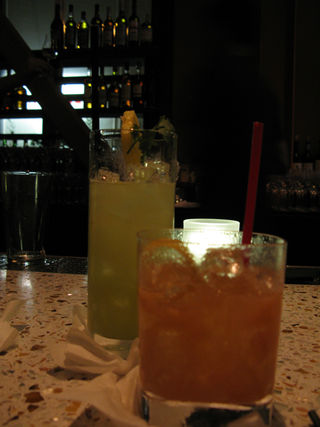 On Friday the new location of the San Francisco restaurant Dosa will open for dinner. I had a chance to attend a preview night and managed to drink my way through the entire cocktail menu. It was tough work, but I am a trained professional.

But first: the space. The former bank building has high ceilings, a large open bar and communal table seating area, plus typical restaurant seating. It will remind you of NOPA, a restaurant nearby. It too will be open late.

The drink list is shorter than at NOPA though, and contains exotic ingredients like "hell flower" tincture, chicory bitters, and curry leaf. (I posted the menu here the other day.) But the drinks that seem like they're going to be really weird really aren't.

There are three creamy drinks on the menu. The Laughing Lassi, with genever and yogurt, ends up tasting similar to a dry carob or soy milk drink. The Bollywood Hills with saffron, orgeat, and allspice is actually a mild and also milky drink. The Juhu Palm with gin, coconut milk, and lime is bright and refreshing though also milky, tasting like a Thai version of a Ramos Gin Fizz. The Juhu was delicious on its own, but I think all three of these drinks are best served alongside spicy food.

There are also spicy drinks- The California pisco-based Bowler has a nice hot bite to it, but not enough to burn. It was my dining companion's first drink and it was a thrilling intro to the menu. The last drink on the menu, the Smoked Cup, combines mezcal with Pimm's and ginger beer, and it's so darn wonderful it is worth the trip to Dosa alone.  I'd also include the Elephant Parade in the spicy drink section, as it has a ton of ginger in it that is nicely tamed and balanced by the cilantro. It was a real surprise because I'm one of those people who hates cilantro. All good here.

Another favorite of mine was the refreshing Batsman, with gin, tea, and ginger beer. It's the kind of drink you wouldn't mind having after you come back from the gym. Or maybe that's just me. Other more classically styled cocktails were the Mood Indigo, which is dominated by bourbon and champagne, the very brightly limey Bengali Gimlet, and the extremely drinkable Faux Swizzle, which is a drink the Mint Julep wants to be. You'd have seven of them before it would occur to you to stop.

All told, this cocktail menu by Jonny Raglin is ambitious, exciting, and very original. The food at Dosa is already much loved, and these drinks are clearly designed to mirror the food while being culinary creations on their own. (Shall we call them unsubservient cocktails?) With this menu, there is no need to switch to wine while dining- you can think of each cocktail as another course.