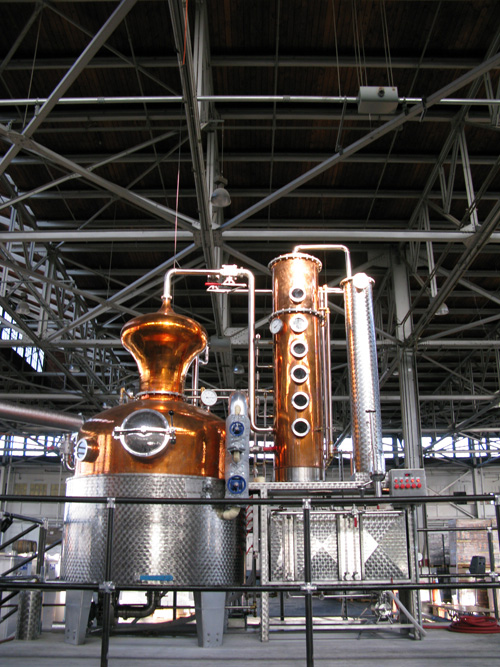 This post is a couple months late, but no matter. A while back I visited the St. George Spirits (and Hangar One Vodka) distillery in Alameda, California, while they were finishing distilling raspberry eau de vie and about to distill pear. I've known Hangar's distiller Lance Winters for a while, but this time I was hearing from Jorg Rupf, the distillery's founder. He too, is awesome.

German lawyer Jorg Rupf started making eau de vie in California in the late 1970's (while on a sabbatical at UC Berkeley that doesn't appear to have ended) because he says he thought the Europeans living here would like it. He was the first licensed distiller of eau de vie in the US- but that didn't come until 1984. He's been making the stuff ever since. 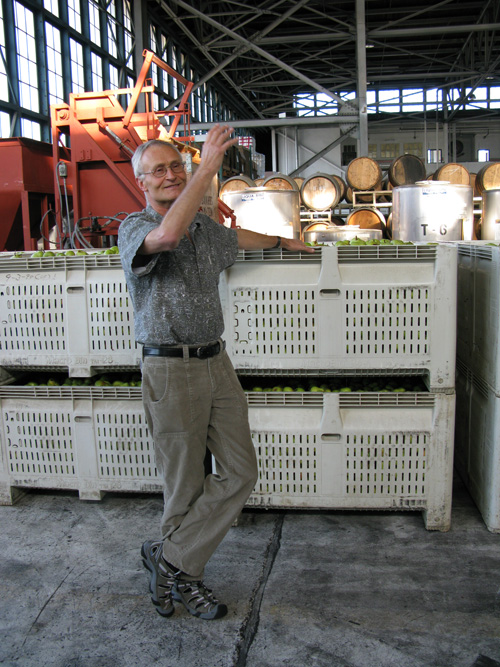 Interestingly, his philsophy of making eau de vie extends to the full range of products made at the distillery. But first, some definitions.

Eau de vie is colorless fruit brandy. "Brandy" comes from "brandywine" which means "burnt wine." Wine comes from fruit (as opposed to beer, which comes from grains and is distilled into vodka, whiskey, gin, etc.) I think of most brandy as divided into a few categories- the aged brandies including cognac and armagnac (grapes) and calvados (apples), the usually-unaged and often leftover grape brandies (grappa, marc, pisco), and eau de vie. In my mind, what distinguishes eau de vie is that you're trying to get the whole unadulterated fruit into the bottle. The other categories are focusing on the juice or the solids, and aging adds another category of flavors. 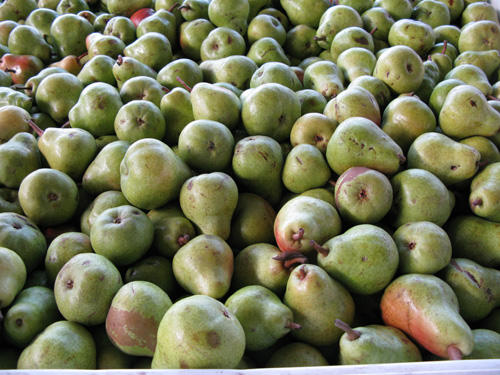 The ancient word for most spirits (whiskey, vodka, eau de vie, etc.) means "water of life," which I'd always taken to mean life-stimulating liquid. Early booze was usually given as medicine, and could also be used to purify (kill the germs in) unsafe drinking water.

But on this visit it finally occurred to me the other side of the term: that distillation acts as a preservative to retain/extend the life of the fruit or grains. It's not just human life, it's the life of the base ingredient. (In many subjects, the obvious answer occurs to me last.)

At St. George Spirits, they generally try to capture the full flavor of whatever they're distilling. For the eau de vie and liqueurs, they distill whole (fermented) fruit- including the skins. For the Hangar One vodkas, they're not distilling vodka, they're distilling natural fruit flavorings to add to vodka. For the absinthe and the basil eau de vie, they add fresh herbs to the still to try to get the full flavor into the bottle, not pre-distilled essences.

And for the agave spirit (tequila, but can't legally be called tequila) launching next weekend, they distill the whole agave fibers- not just the sugary juice squeezed from the agave heart.

As this post is getting way too long, I'll keep the rest of it to bullet points.

But my takeaway from the day was really about what eau de vie means- and how it tastes. When you're talking cognac and calvados and grappa and other brandies, you ask yourself "Does this taste good?" whereas for eau de vies you ask, "Does this taste like the real thing?" 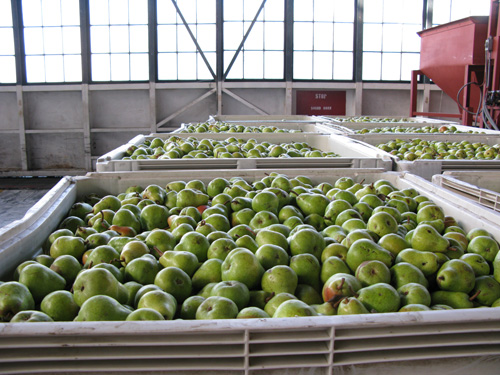 Very enlightening. I can see your recent education shining through. As far as I am concerned, you are very bar smart.