I recently spoke with Erik Adkins (Slanted Door, Flora) who is the bar manager of the soon-to-open Charles Phan (Slanted Door's chef/owner) restaurant next to the Soma Grand building on Mission Street. After much wavering on the name (the code name was "Phantom" at one point, get it), they seem to have settled on Heaven's Dog. That's pretty rock and roll. 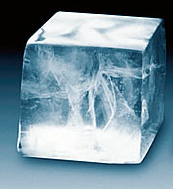 Also great is the list of bartenders who've signed on to take shifts at the place:

The restaurant should be opening in early January. Adkins tells me that they'll keep the drink menu at a reasonable 12 or so drinks "focusing more on execution than on unusual recipes." They'll also have an emphasis on quality ice, with a Kold Draft machine for cubes, plus a freezer dedicated just to ice that they'll use to make spears for tall drinks and chunks for some of the rocks drinks.