The Upsides of Prohibition

December 5th is Repeal Day, the anniversary of the repeal of Prohibition in the United States.

We hear a lot about the bummer that was Prohibition, but perhaps now is a good time to reflect on the upsides.

What about all the good things caused by Prohibition? 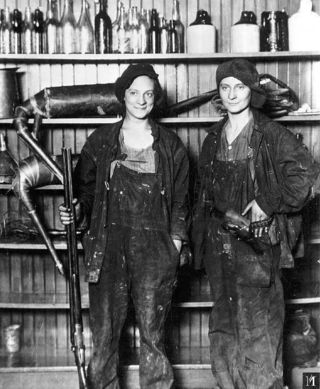 - Prohibition popularized Canadian Whisky that came over the border into the States, and it is still very popular especially in the Midwest.

- It also popularized tequila in the United States. Mmm, tequila.

- It set the stage for the tiki movement. Rum fell out of popularity in America long before Prohibition. But during those long years, tourists flocked to rum-producing countries like Cuba to enjoy Daiquiris and other rum drinks. After Repeal, a lot of rum sat around in barrels with nobody drinking it. After WWII, Donn the Beachcomber and Trader Vic used this cheap supply of inexpensive aged rum to create some of the best cocktails the world has ever known.

-It pushed American cocktails and American bartenders abroad to find employment. Yes, this sucked for America, but was great for the rest of the world as bartenders relocated in Europe and South America vastly improved the quality of drinking throughout the world.

-It ended the great sausage party. Speakeasies were integrated with both men and women, allowing the female gender to join the party for the first time. Bars without women are depressing and scary in one way or another.

-It created cocktail hour and cocktail parties and the demand for barware and all the other terms and practices and amenities for drinking at home and entertaining at home with cocktails. As people had to keep drinking on the DL during Prohibition, they turned to entertaining behind closed doors. I, for one, love a good house party, and enjoy the occasional happy hour cocktail.

-NASCAR. During Prohibition, moonshiners souped up their cars in order to evade the fuzz as they went to sell their product. A direct result of this was the sport of the car racing. (And also, The Dukes of Hazzard.) More history on that here.

So raise a glass to all the positive lasting effects of Prohibition!

Camper, you are hilarious. Great post.
Cheers to finding a way to drink, no matter the odds against it.