Yesterday I stopped in to Rickhouse, the new bar by the folks from Bourbon & Branch, Swig, Anu, and the liquor store Cask.

The bar is located at 246 Kearny Street at the site of the long-time gay bar Ginger's Trois. (I believe Anu was built where Ginger's Too was once located.)  Ginger's was a small space with a sunken bar and a tiny seating area in the back, all with a unique art deco design.

Rickhouse couldn't be more different. They completely remodeled the space and annexed the old storage room and some unused restrooms in the back. Now you enter on a long vertical room with a bar running down one side. In the back of the front room is a small balcony beneath a newly-installed skylight that apparently gets direct overhead light for just an hour or so per day. The balcony is open on either side, facing the front and back rooms. 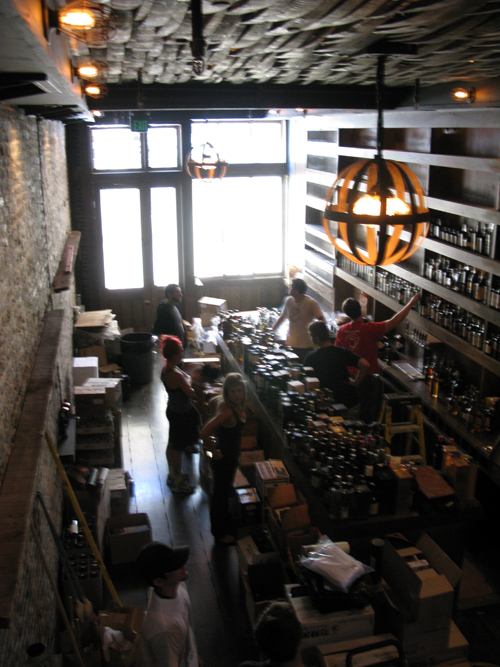 The back room is situated like a "T" to the front room, and can be partitioned off with large sliding wood doors. The bar for this room is on the back left, and it smaller than the one in the front.

When the space is open, there will be low seats and small tables throughout both rooms and the balcony. However, unlike B&B there will not be reserved seating. (There will be cocktail servers though to take the crush off the front bar.) The furniture is all pretty mobile, so depending on the number of people and the time of the day, they'll move the furniture around to accommodate everyone.

The walls, ceilings, and floors are all made of wood. I think it's nearly all reclaimed wood- most of it from barrel staves used in layers on the ceiling (similar to the ceiling at Cask), some of it from a construction project next door, and some from a former nunnery where they distilled whiskey during prohibition. Former bourbon barrels are also used as decoration in the space, and the chandeliers are made from the metal bands that bind barrels together. One exposed brick wall opposite the front bar apparently has some of the char left from the 1906 fire. 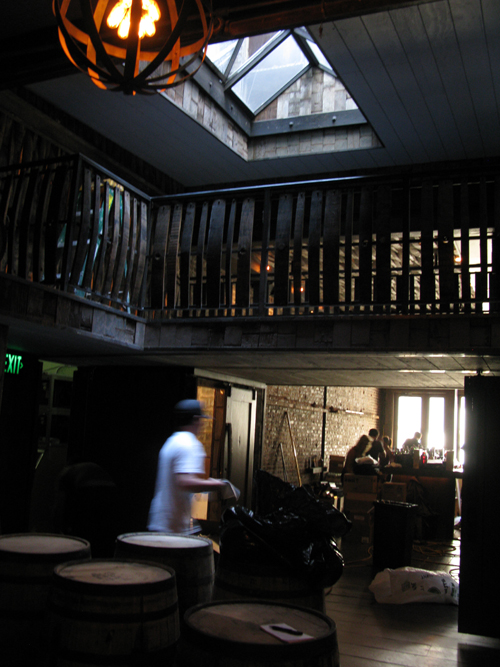 The  cocktail menu I've been asked not to say too much about just yet, but it has very little overlap with the drink menu from Bourbon & Branch.

The bar is not yet open to the public and won't be fully open for about three weeks after they finish final construction touches, then allow a healthy soft-opening period for the bartenders and servers to become familiar with the new menu. 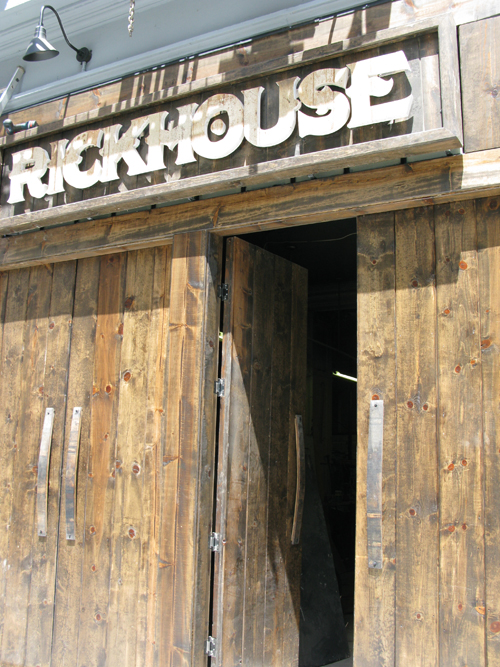