Glossy Booze is a regular Alcademics feature in which I talk about the alcohol coverage in magazines.

Gourmet (July) has a ton of liquor content this month: an essay on cocktail parties, a Negroni recipe, a brief mention of big ice, a recipe for Fresh Tomato Bloody Marys in a brunch story, Fresh Mint Juleps in an American party story, a Black and Tan recipe in an afternoon meal story, and several recipes for cocktail-flavored ice pops. (More ice pop recipes here.) Chilled Magazine, which is more of a drinking magazine for nightclub types, has several stories on vodka and stories on the Thirsty Traveler, Sam Adams, molecular mixology, and flair bartending.

GQ (August) has a quick note on lower alcohol wines for summer. In the July issue, they list recipes for the Ramos Gin Fizz, Rum Fizz, and Gin Fizz.

Bon Appetit (August) has a great profile of Boston bartender Misty Kalkofen, a quick recommendation of swizzle sticks, a story on fizzy drinks, and perhaps the spookiest picture of a Bellini ever taken. 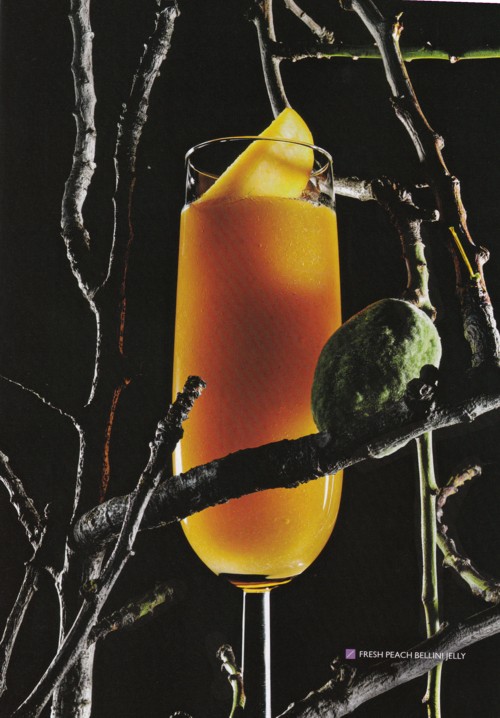