Glossy Booze is a regular Alcademics feature in which I note the coverage of alcohol in glossy magazines.

Fine Cooking (August/September) has a story on beer cocktails written by Lew Bryson.

In Gourmet (August) David Wondrich writes a story about (wait for 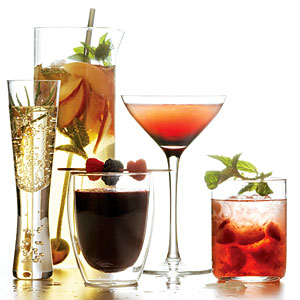 Sunset (August) has a story on Canada's Okanagan Valley wine region and another on summery wine cocktails.

Men's Journal (September) has a story on San Francisco's breweries and distilleries, and another on better cocktail mixers like Fever Tree bitter lemon and Q Tonic.

Details (September) also gets into mixers with a story on craft sodas including Maine Root and Dry Soda.

Bon Appetit has a very, very long recipe for a Bloody Mary with 16 ingredients- plus garnish.

What about the new Imbibe Camper? Cheers