A Day at Hennessy

The first stop on a big trip to Cognac, France last week was Hennessy. I met up with my host Cyrille at the Hennessy office, one of the Hennessy buildings that dominates the waterfront on the Charente River in the small city of Cognac. 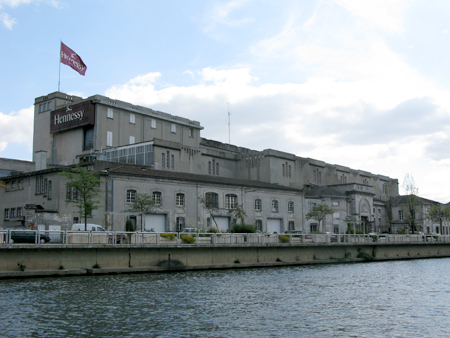 First we talked a bit about sales. Hennessy sells the most of their youngest expression, the VS, totaling something like 80 percent of sales volume, and most of that is to the US. The US generally consumes most congnac at the VS level, whereas in Asian markets consumers in particular tend to drink VSOP and older expressions.

Next we headed to the vineyards and distillery. Hennessy owns several hectares of vineyard along with some distilleries and even forests, but these don't make up very much of their total production. These facilities are partially for testing and experimentation.

As with most cognac houses, Hennessy buys most of their eau de vie on the open market or through winegrowers with whom they have contracts. They avoid buying from the Bois Ordinaires and Bon Bois regions, concentrating on the four innermost growing regions for their purchases even in their VS and VSOP blends. Hennessy uses the typical Ugni Blanc and Folle Blanche grapes, and is encouraging their growers to look into Folignan as well. 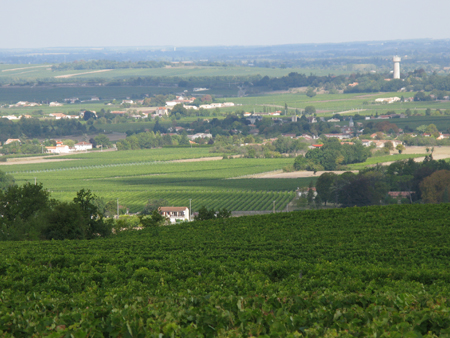 All in all, the Cognac region has 70,000 hectares of vines on about 6000 properties (6000 winegrowers) and Hennessy alone deals with about 2000 growers. There are about 120 professional distillers in cognac, which prepare the eau de vie for the 150 cognac houses.

Hennessy doesn't own a barrel building cooperage, but instead one for barrel repair. That was our next stop. As barrels are always stored on their side with the bung hole facing up, even non-perfect staves can still be used for the bung stave. As is also common, Hennessy uses several sizes of barrels, larger ones for older cognacs as they have a smaller cognac-to-wood ratio. 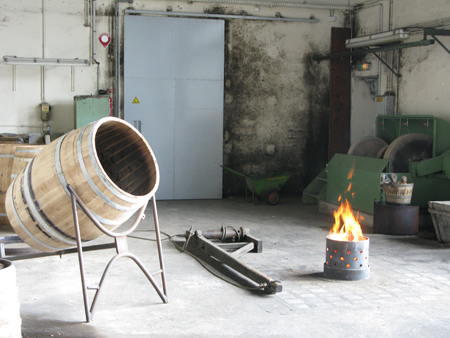 We traveled next back into town and across the Charente river by boat from the main Hennessy building are some of the aging warehouses. There they age eau de vie in batches labeled with the distillery or vineyard and the year. As the eau de vie evaporates out of casks, young ones destined for VS are topped up with water, while older ones are topped up with the liquid from one sacrificial barrel from the same batch.

I then tasted through the line, along with some new-make spirit and some older unblended eau de vie. I learned that some eau de vies are identified right off the still as special and are not put into new barrels to add structure as they already have it, but are moved right to used ones for long aging. Thus at the point of distillation, much of the eau de vie is being selected as to whether it will sit in a barrel for two or twenty years. 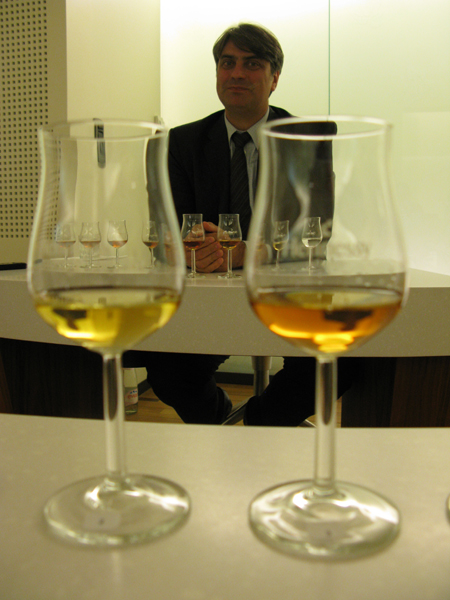 Hennessy is located in Cognac and is open for daily tours most of the year, or one can just visit the gift shop downstairs and the display of advertising from the last 100 years upstairs.

It´s the first stop and i already think this trip was probably a blast!
Here in Brazil I don´t usually see many VS Cognacs. I can´t even remember the last time I saw a bottle on a shelf. All we get is VSOP and XO…
Very interesting numbers here!
Cheers,
Tony