During Whisky Week in San Francisco I attended a tasting session in Elixir's classroom space hosted by Gardner Dunn for Yamazaki Whisky. One thing that makes Yamazaki unique is that they use five kinds of barrels from three types of wood in their single malts. We were able to taste a 12-year-old whisky aged in each of American, Spanish (ex-sherry), and Japanese oak to compare. The Japanese oak has a dryer, sandalwood-spice (and "green olive felt" according to my tasting notes that make sense only to me) character that carries through to the final blend. 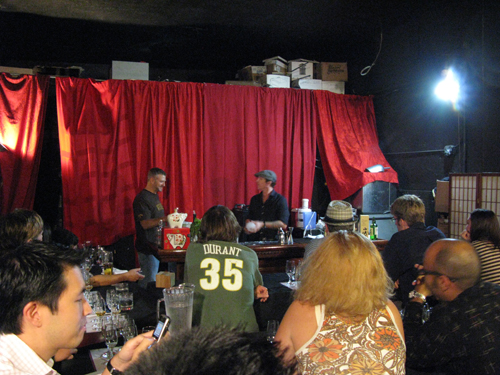 We talk about Scottish whiskies showing either maritime or inland terroir, and Yamazaki shows its origins too. It is influenced not only by the Japanese oak barrels, but also by the local water source that is softer than in Scotland, and by the higher elevation at which the barrels are stored. (They have several distilleries- I'd need to fact check but I think Dunn said the barrels are stored at warehouses at 2000 and 3000 feet in elevation.) This increased elevation means that the whisky is influenced by the wood at a slower rate than in Scotland. To compensate for this, they use hogshead barrels that they say have more wood influence on the spirit. Furthermore, Yamazaki whiskies are filtered through bamboo charcoal.

Until next month, there were just two Yamazaki whiskies released in the US. The 12-year-old comprises of whisky mostly aged in American oak, whereas the 18-year-old contains a majority of whisky aged in ex-sherry wood.  Soon, though, two new releases will hit the market. From the press release:

Handcrafted in the oldest distillery in Japan, YAMAZAKI 1984 combines the best of Suntory’s age-old processing to deliver an individual and mature taste.  It has a distinctive, cinnamon-like flavor, the result of its key malt, aged in Japanese mizunara casks, the hidden treasure of Suntory. 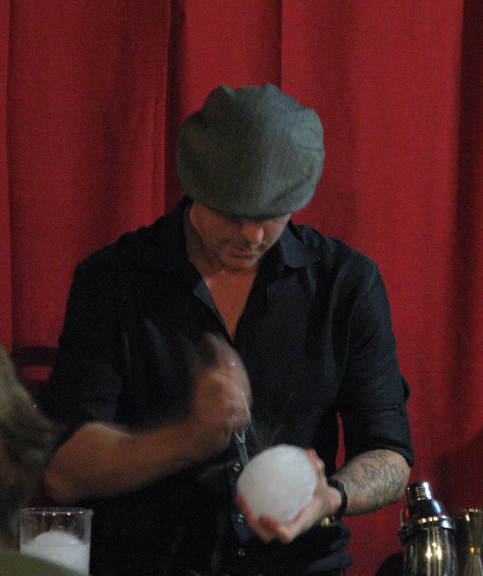 Awesome read. I've had Japanese whiskey on my list of spirits to try for some time now, thanks for reminding me they're out there.