Vodka is getting weirder, which makes it more interesting in my book.

Vodka can be distilled from anything that ferments and is already made from wheat, rye, corn, sugar beets, molasses, potatoes, maple syrup, and other ingredients. Now it's also made from oranges. 4 Orange Vodka is "distilled from 100% orange spirits derived from four unique Florida orange varieties - the Hamlin, Parson Brown, Temple and Valencia."

The website say 4 Orange Vodka it's initially only available in Florida, retailing for $24.99. 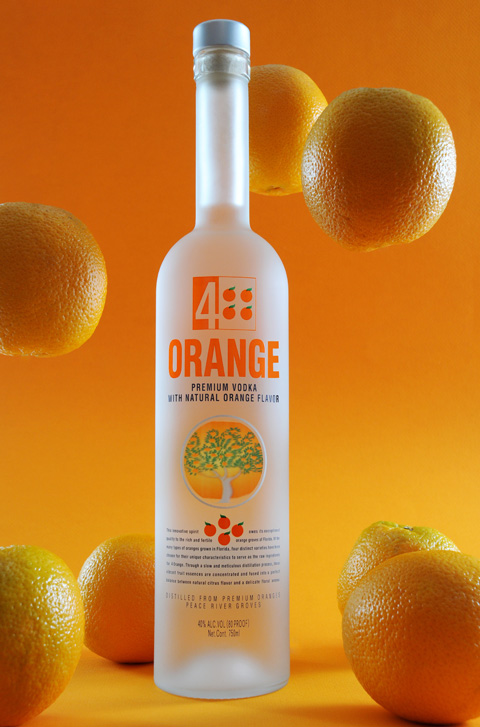 360 Vodka, an organic vodka made in the midwest, has launched a new flavor: Cola. The company suggests mixing their cola-flavored (and colored) vodka with lemonade, cucumber slices, and soda water in a cocktail called the Ecolade, or (get this) mixed with Sprite.

A soda-flavored vodka sounds odd to me, but I suppose it shouldn't. The biggest trend across vodka flavors is mocking the flavor of other beverages. Sweet tea vodka was all the rage last year, Three Olives released a root beer flavored vodka, and Burnett's launched a pink lemonade flavor as well.

It seems to me the division between pre-mixed cocktails and flavored vodkas is getting smaller. You can probably just pour most of these over ice or into an up glass and call it a cocktail. 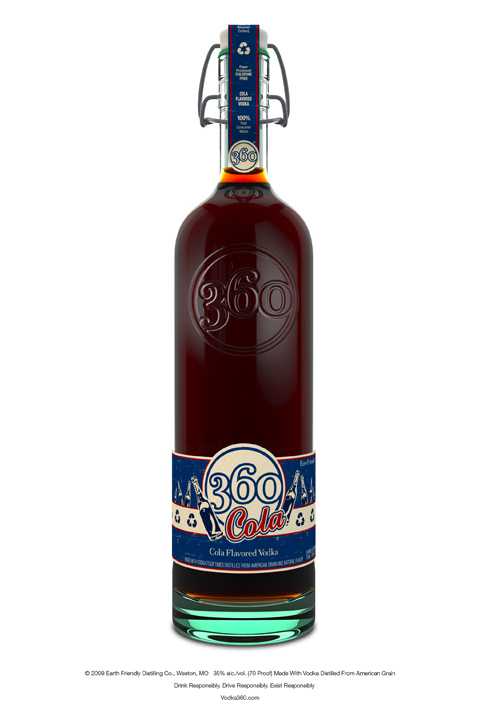 Lastly, there is a new protein-infused vodka, Devotion Vodka, hitting the market. This solves the problem that so, so many vodka drinkers have: you want to drink your protein powder to gain ultimate muscle power, yet you also want a vodka cocktail. Until recently you'd have to mix them. No longer! According to the website:

The protein used in the Devotion Vodka blend is PeptoPro® and casein, PeptoPro® , which was developed by DSM Food Specialties with the Dutch Olympic Committee is a recovery ingredient for fast muscle refueling. The target was to give the Dutch Olympic athletes a competitive advantage at the Olympic Games in Athens in 2004. PeptoPro® is a casein hydrolysate (a protein cut into fragments), which is the same protein found in dairy products.

So it's also good as a post-workout cocktail ingredient while your muscles are recovering. Sure.

But actually I want to try the product because I wonder what the protein will do to the texture of the vodka. If it makes it thick and silky, that could be interesting in cocktails. And it would be nice to bulk up my drink muscles. 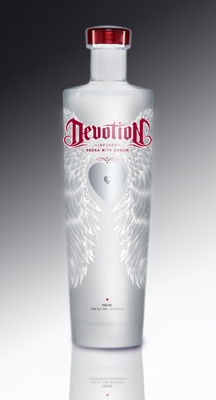 I am not much of a vodka fan but the recipes for 360 Cola sound make it sound like Pimms #1. I wonder how they compare in flavor?

Yeah they're certainly trying to use it like Pimm's #1, but Pimm's tastes like the combination of gin, sweet vermouth, and curacao. Not cola!

i am pretty sure that 360 is not organic... just very 'green' in its production and distribution.

Right you are Alex- I forgot. This product is total greenwashing but I forgot it's not even organic!

I've heard rumblings of a nicotine flavored vodka coming out of Romania or somewhere in that region. Know anything about that? Mr. Pacult mentioned it at Tales. You can smoke and drink again!

@Brant: Are you thinking, perhaps, of Perique, a tobacco liqueur made by Ted Breaux?

Camper, I would write you some comments on Devotion, but I need to head to the gym.

Call me old fashioned. Flavored vodka is an abomination.