Clear Ice Blocks from the Fridge

In my ongoing experiments trying to make clear ice in the refrigerator, I first tried:

And had success with:

Then theorized about the pond method.

The next step was testing this pond method (trying to freeze ice from the top-down rather than outside-in). To do this, I needed an insulated container on all sides except for the top. My first attempt was with a collapsible beer cooler: 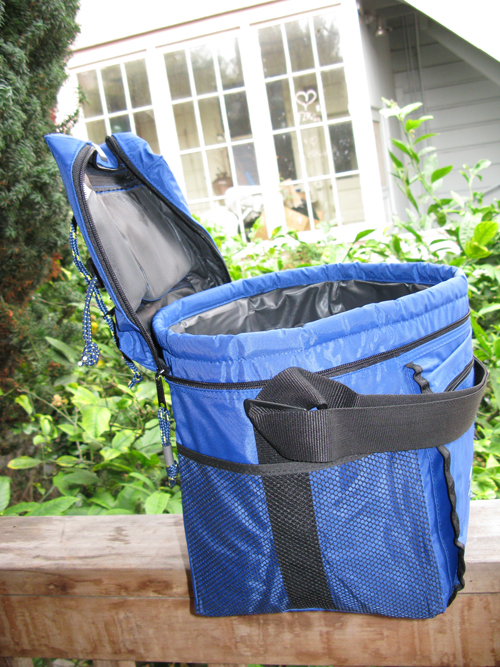 I filled it with plain tap water and let it freeze for three or four days. The container expanded as it froze so the ice was rather difficult to remove. At the end, the block still didn't completely freeze, but as we've learned in earlier experiments the last parts to freeze are where the ice gets the cloudiest. It was also cloudy toward the center but I think that's because I gave the cooler a squeeze in the fridge before it was frozen. 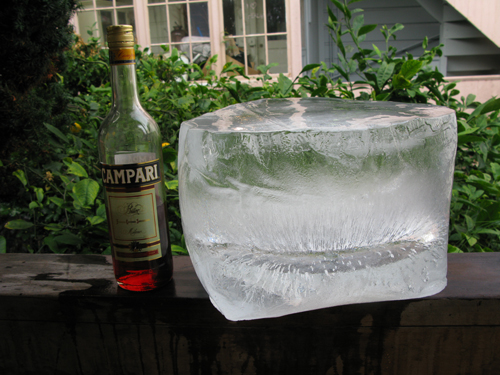 The next task was to cut off the cloudy parts so that only the clear ice remained. The first time I did this with a saw. This took a long time and as I learned later was probably not necessary. 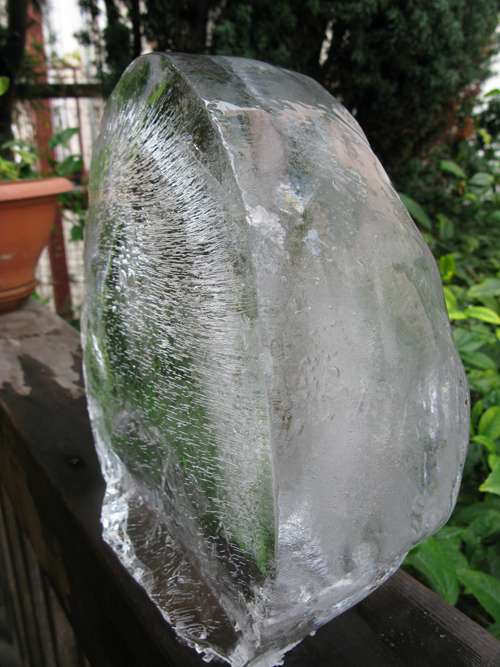 Part Two: Just a Bit Off the Top

Since I wasted so much of this large block I wanted to try a simpler method: Freezing it from the top down and trying to just pop off the top.

Once again I filled the cooler with water and froze it, for just a couple of days this time. When I pulled it out of the freezer the water had mostly froze from the top down, though there was a light shell of ice around the shape of the cooler. Thus to get the ice out, I smashed in the sides of the cooler and pulled off the top. It was a bit easier than the entire block to remove from the cooler, but not easy per se. 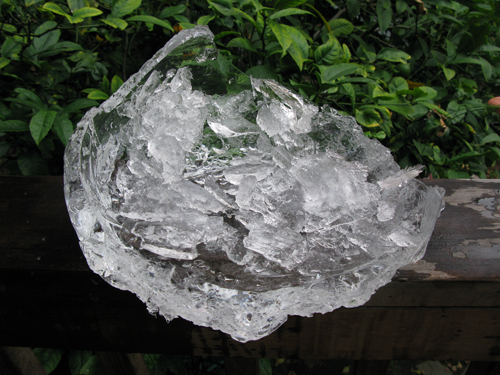 This slab was about four inches thick and wonderfully clear. 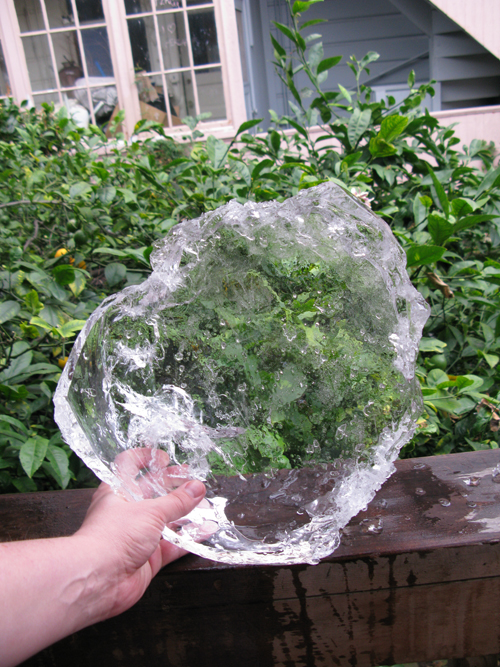 The next trick would be trying to cut it down into smaller cubes. More on than in the next post.

I have loved this series of posts, Camper. Keep the knowledge coming!

Now I need a bigger freezer.

Some thoughts... fabricating a double walled stainless steel cooler with antifreeze inside the walls would give you a more manageable block to cut, and would also provide much better insulation. Just don't spill any antifreeze in the water. And a small bandsaw would get the job done very easily. To the shop!