Herradura has launched a new line of 100% agave tequila, Antiguo. They already have the high-end Herradura line and the more price-friendly El Jimador line that is the top-selling tequila in Mexico. It looks like Antiguo falls in the middle, as the suggested retail price for the blanco tequilas are $19.99 for el Jimador, $29.99 for Antiguo and $39.99 for Herradura.

I pestered their kind PR guy, David Page, about the differences in production and he replied with this very informative chart. I would love to know if there are any production differences in the selection/handling/baking of agave, but can't really complain about the level of information provided.

You'll notice that while Herradura and El Jimador are twice pot distilled, they're keeping quiet on the distillation of Antiguo. I'd guess that means a column still is involved.

Some newer low-cost brands are using column distillation or a blend of pot and column-distilled tequila. Personally, I'd rather have column distilled 100% agave tequila than pot-distilled mixto tequila (mixto is a mix of fermented agave sugar and "other" sugars). If producers can get 100% agave prices down to near mixto level, I say we start seriously petitioning to phase out mixto entirely. You with me?

(Click the image to enlarge to a readable size.)

(Click the image to enlarge to a readable size.)

As far as the taste of Antiguo, I have tried the line and pronounce it good enough.The blanco is creamy and fruity like pear custard on the nose, followed by more pear fruitiness on the palate, but is less tropical than other brands- less of that mango pineapple aspect. Black pepper notes begin to come out in the reposado along with some of the tropical tree fruit like bananas and that mango. The anejo has a more baked aroma, like dried banana chips with a hint of brown butter, and this is consistent on the palate.

Overall, this tequila was designed to be lighter on the palate and it very much is. The flavors are pleasing but not terribly deep, and the texture seems much thinner than the Herradura line. There is nothing that I dislike about this tequila, but there is nothing that I love about it either. Frankly, I'd pay the extra $10-$20 per bottle to upgrade to Herradura for sipping. This will probably make for a very unobtrusive mixing tequila, though, and hopefully bring some tequila-shy drinkers into the fold. 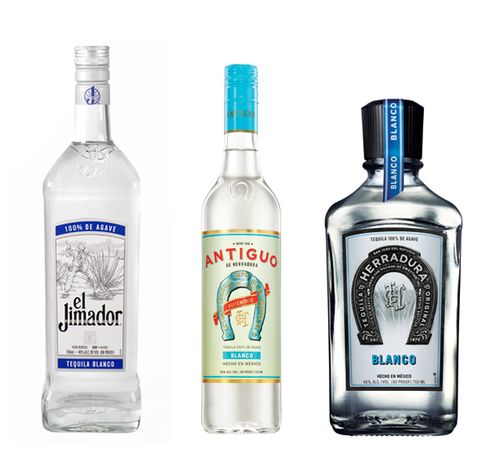 I'm having a difficult time finding my uncle his Tequila. Its A Herradura Blanco. But is the Smaller bottle the same as the large bottle with a red cap and blue horseshoe in the label.

Two things: Herradura updated their labels to be more shiny so they labels may not be exactly what you remember. Also, Herradura has or used to have (not sure if they still make it) a "Blanco Suave" which is a blanco tequila aged for 40 days. You might do an image search to see what the bottle was and zoom in on the label.