Smuggler's Cove in Pictures and Words

Smuggler's Cove, the San Francisco tiki bar by "Shoeless" Martin Cate, opens in San Francisco on Tuesday, December 8th. I got a sneak preview along with other members of the press on Thursday night. To give you an idea about the level of excitement around this bar opening, some cocktail nerds drove up from Los Angeles or flew down from Portland to witness it in person, assuming they'd see it now before it is packed for the next few months as the very enthusiastic tiki crowd swarms in.

Smuggler's Cove has a gorgeous menu featuring 80 mostly rum cocktails and will have over 200 sipping rums. There are incentives for drinking them all. Join the "Rumbustion Society" and work your way through the rum list to gain access to samples from very rare bottles. Or join the "Voyager of the Cove" club and try all the cocktails for unspecified super secret perks.

Ah, but what does it look like? Sort of like the entrance to a theme ride at Disney World. Rather than being a design theme or decor, the three-story (yet small) bar is filled with props and sets. The giant anchor that hangs menacingly over the main stairway is thankfully not made of solid metal, nor is the canon that threatens to squish the bartender. Giant rocks poke out from the walls, some sort of tribal spears adorn a wall, and rum crates are used as tables in the basement. It's like drinking on a movie set, not that I've ever done that.

It's all very unreal, except for where it's not. The bar is actually packed with historic artifacts from tiki bars around the country- the the ship's wheel and Boathouse sign above the downstairs bar, vintage tiki mugs, totem polls, and other flotsam and jetsam once adorned the walls of various Trader Vic's and other bars. The three display windows at the entry level bar are mini-museums dedicated to past San Francisco tiki bars, including one where the first tiki mug was created. There is so much history in the place I'm considering asking Martin to train me as a docent to give regular tours.

So here are the pictures. 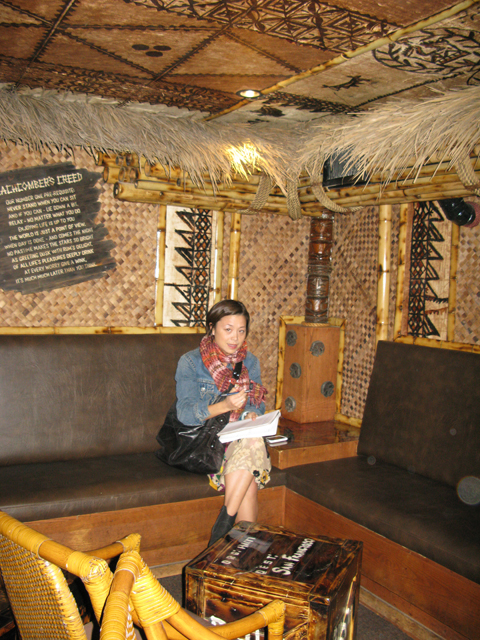 The street level bar is small and backed by endless bottles of delicious rum. 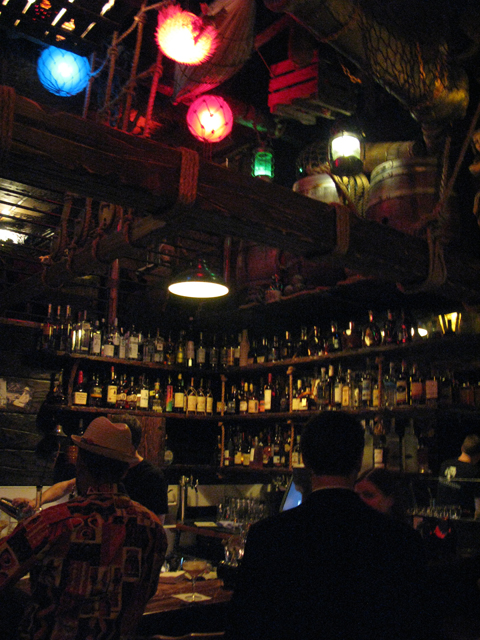 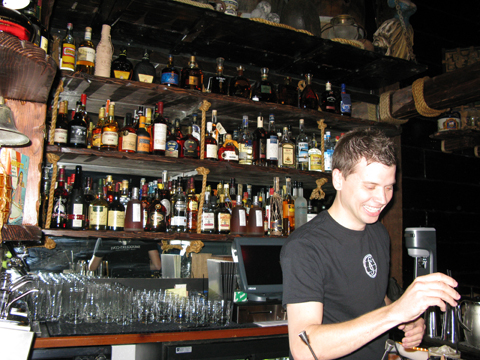 The ceiling in this room is tall and packed with barrels, boxes, and other stuff held up with ropes and pulleys. 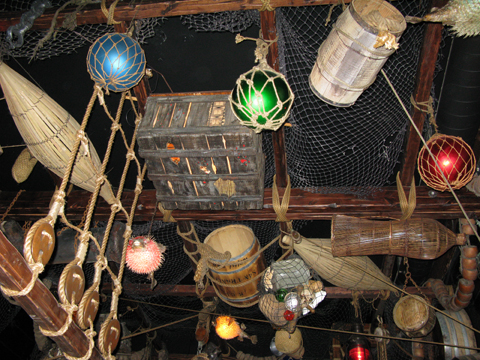 In the basement, Dominic Venegas works the bar. 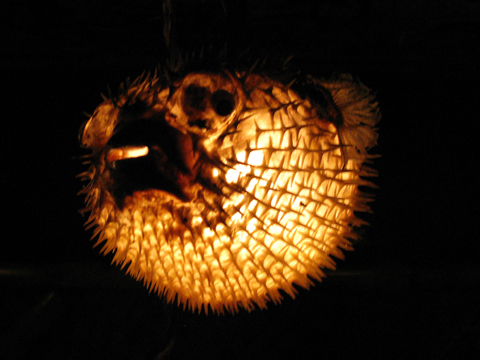 No wait! That was a pufferfish lamp. This is Dominic Venegas working in the basement bar. 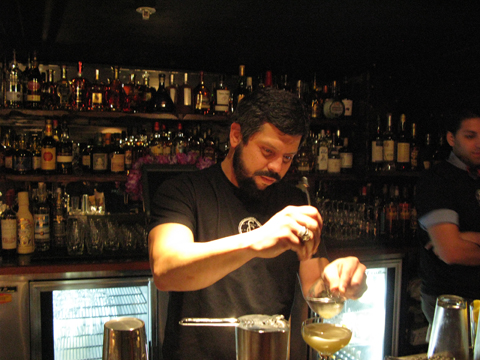 And this is the guy who built this magic playground for us, "Shoeless" Martin Cate. Congratulations Martin! 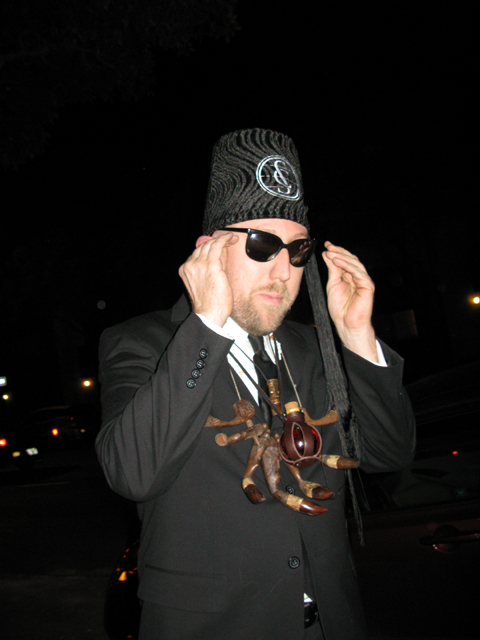 Damn, San Fransisco gets everything! :P That looks amazing!

It does look amazing, but I have to say, after that Russian night club fire that killed 113 people, I fervently hope that Smuggler's Cove never has a fire. Between all the rum, old wood and bamboo, it could be seriously tragic. I can't wait to visit, though!