This post is a continuation of this one on how to brine olives at home.

My olives went from this: 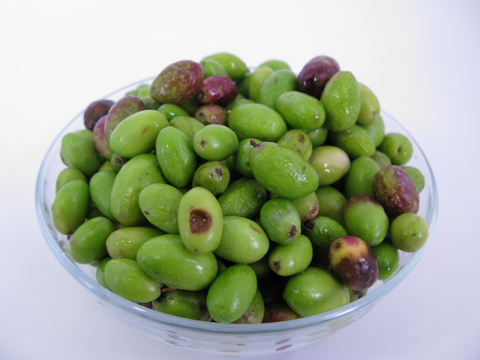 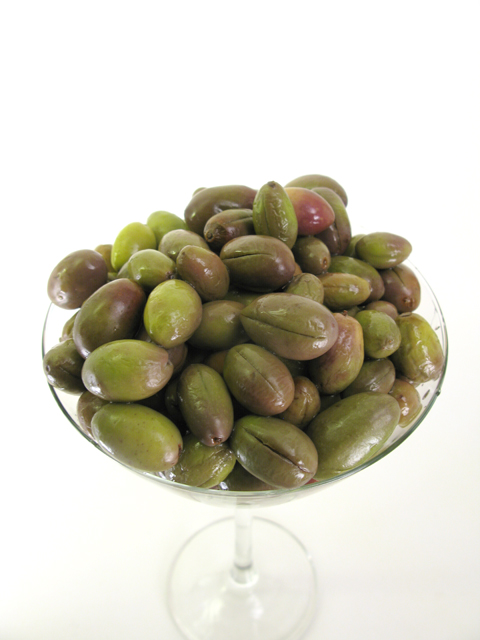 To see the process, keep reading by selecting the link below.

As you may recall from the earlier post, I was late on buying olives so the ones I ended up with were really small and a lot of them were bruised.

I used the salt-and-water method to brine them, as opposed to lye. Using Karen Solomon's book

I slit the olives, made brine, and covered the olives with a heavy plate to weigh them down.

I checked on them once a week and changed the water, which gets really gross and moldy like this after the first week: 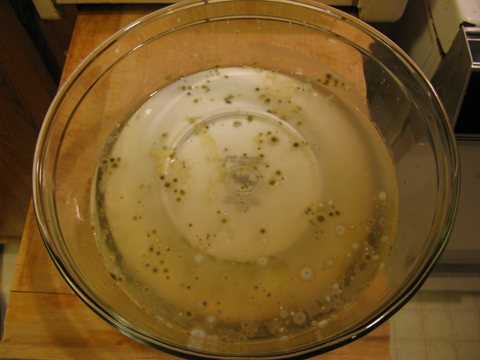 and this after the second: By the third week, they tasted done- not bitter. I think they finished brining so quickly (some recipes say three weeks, Solomon's book says six) because they're so small; more pit than meat. But they're extra tasty because I made them myself.

I rinsed them and put them in jars with new brine (with half the amount of salt), but not until I took more pictures.

So, now I have to try some experiments with flavoring them for my drinks. I am thinking:

Leaving Vermouth out in an open container like that will cause it to go stale very quickly, no? It may impart unwanted flavors to the olives. I have not experimented with brines, but have you considered using a base "stock" brine to cure them, then experiment with the bottle brines/marinades?

Maybe brine them as normal, to cure them, then store them in jars with different solutions. This way you could experiment with lots of different flavors using just one big master-batch. It might also lend to more subtle flavors; for some reason, just thinking about an olive brined in citrus and bitters made me pucker up!

I would normally suggest spicing batches *after* the brining in jars and when they are ready to eat, making various flavored batches using olive oil and perhaps some champagne vinegar to bind the spices. However, using them in cocktails, the added oil would be undesirable.
Instead of juice, I would recommend lemon or orange peel (not sure if dried or fresh better)... try preserved lemons too. Bitters-flavored olives don't sound appetizing to me. Spices work well, like thyme and rosemary... garlic... shallots. Hot peppers are a no-brainer. The idea of using smoked dried orange peels in jars is interesting. I like adding a proportion of white vinegar to the final brine BTW.
Adding spices to the jars imparts a different taste than the oil method, and keep in mind that the spice you've added permeates every pore of the fruit.
IMHO, vermouth doesn't impart much to the olives, and can weaken the taste if they sit in it for long. However, it is great for a short soak to rid the olives of excess salt and harmonize better with cocktails.
You might check out the olive bar at Andronico's Market for some ideas as well. I think they still allow you to sample.

Amazed that you can find fresh olives..here you can only find already brined..and no olive festivals or olives at the farmers market which btw only is open once a year for 3 weeks..:-(

After brining, I pack in jars with light brine 1/2 full, then add the brine from a large jar of nacho rings, a few slices and in a week you've got nice spicy, not too hot olives!