This is the second post of my brief trip to Las Vegas to check out the new CityCenter. Part one is here.

Our group had a big private lunch at the new Michael Mina restaurant American Fish. The food was interesting, but you don't come to Alcademics to read about meals. The drink menu at American Fish is probably the most ambitious in City Center, featuring many of my favorite classic cocktails like the Vieux Carre, Monkey Gland, East India Cocktail, Brandy Crusta, and Pegu Club. We weren't being served cocktails during lunch but I managed to sneak in one Vieux Carre that was dry and delicious. Vegas cocktail jackpot! 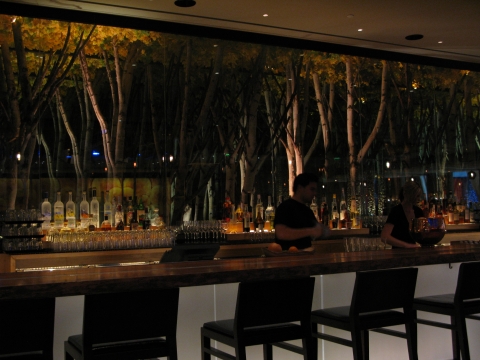 Next we went to the adjacent hotel in CityCenter, Vdara, and had drinks at the lobby bar called, shockingly, Bar Vdara. 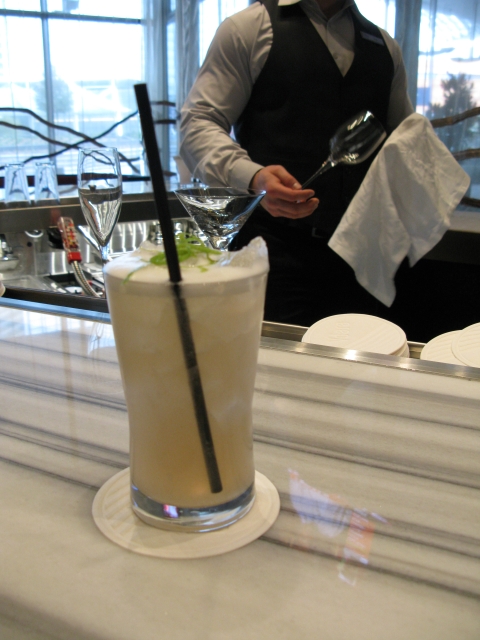 The drinks at Vdara included two with a 'house East India fixer' a spiced syrup. We ordered one with that and rangpur gin and maraschino liqueur, one with chartreuse, rum, and kaffir lime leaves, and a pisco drink with guava liqueur. Two out of the three drinks were far too sweet for our liking, but that is a theme in Vegas.

Next up was restaurant Julian Serrano, where the drinks read really interestingly on the menu (one drink had absinthe, Spanish brandy, espresso, and cream) but all except one out of five cocktails we ordered were not up to par. I wasn't sure if it was the fault of the recipe or that nobody jigger pours to measure cocktail ingredients in Vegas. 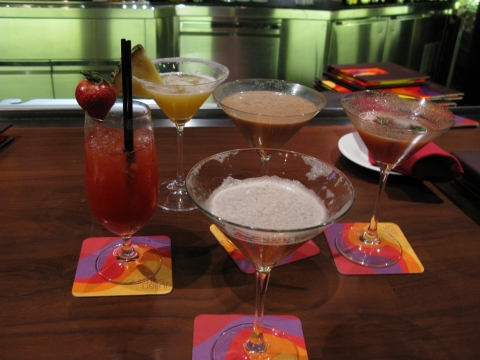 Wait a minute- at least one does. The Mandarin Bar at the Mandarin Oriental Hotel jigger pours their specialty cocktails.These were designed by Charlotte Voissey and many contain Hendrick's Gin or Milagro Tequila, and none of them break any new ground in terms of flavor profile (cucumber and tequila, basil and gin, Hendrick's/Aperol Negroni) but we found them all to be balanced. And a $20 and $22 each, they sure should be! 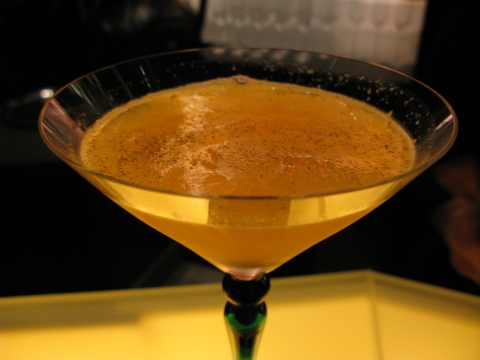 After that, I headed to Beso the restaurant co-owned by Eva Longoria Parker, along with the club Eve upstairs. The venue is a pre-party dining spot to the club and had loud music playing during the meal, but they also served some interesting cocktails including one with tequila and sweet potato puree. That was a surprise.

Finally, we left CityCenter to get one drink somewhere else. Unfortunately we chose Rhum Bar at the Mirage, where the drinks were god-awful sweet. The "Original Mai Tai" included an extra dose of rock candy syrup, and they massacred Audrey Saunder's Old Cuban with too much sugar and instead of bubbly champagne something that probably bubbled up from the sewer. 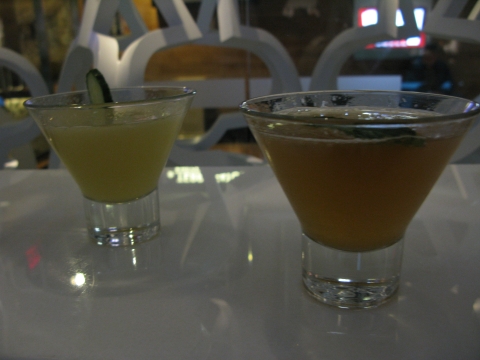 Gotta run- another day of sampling ahead....

Quality cocktails aside, Kahunaville at Treasure Island is hands down, my favourite bar in Vegas. Don't expect quality cocktails as it's geared towards flair and party bar kinda stuff.. but the bartenders are great, and I've never had a bad time there.

Parasol Bar at the Wynn, from what I remember, has a pretty decent bar program - though it's been a while since I've been there. I always enjoyed stoppin in for a cocktail there as well.

I'm gonna try to catch a drink before Viva Elvis at the spot you reported in your first review. Then I'm off to Frankie's Tiki Room for some Vegas island fun. :) Here I come...

I'll have to come back and hit the Treasure Island bar for a beer. I think the Wynn's bar program was all done by Patricia Richards and I have a lot of respect for her so I'm hoping to go over there too. Next time...

Jackie go to Michael Mina if you want classic cocktails- it's right near Viva Elvis and they're doing everything right.

Try Herbs and Rye the new cocktail bar and restaurant on Sahara and Valley View. Very ambitious cocktail menu executed by pros. I had an Astoria cocktail which was very nice and a very tasty Blood and Sand.