Gran Sierpe Pisco, according to the website, comes in Quebranta, Italia, and Acholado bottlings. I am not sure if these are all available in the United States or just the quebranta that they sent me to try. 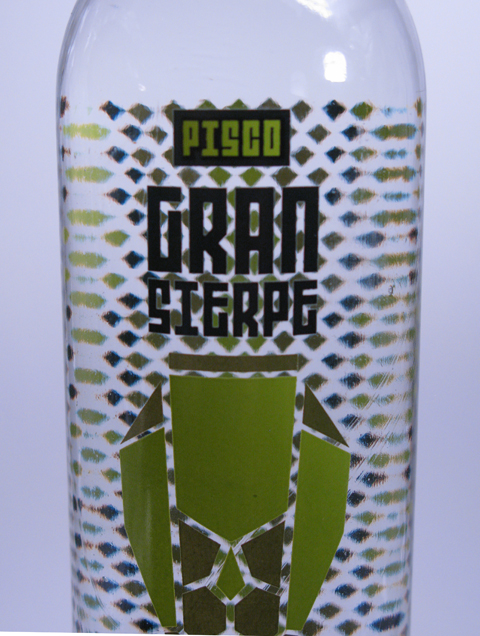 Gran Sierpe Quebranta smells grapey, as you'd expect. It's not as musty as some other brands, and has a pretty typical savory orange-vanilla notes as well. Sampled at room temperature, it is quite robust in flavor and power (it is 42% ABV compared with other brands' 40%) of dry green grape skins, finishing hot and slightly tannic. The aftertaste that kicks in after the heat and spice finally dies off is of fresh grape juice.

Macchu Pisco is also a quebranta grape-based pisco. It has a milder and more savory/gamey nose than Gran Sierpe, with more vanilla and less grape skin. On the palate it is similar to its aromas, but with more lime and earthy/soil notes than Gran Sierpe. 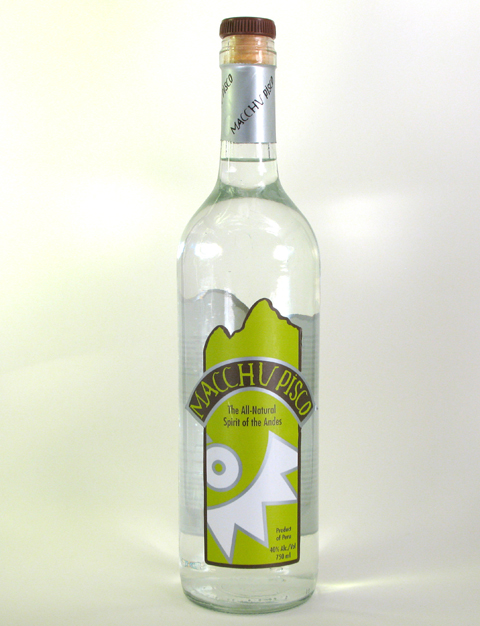 Between the two, Gran Sierpe is brighter and more aggressive. Macchu Pisco is more earthy. I prefer the Macchu Pisco for sipping neat but give the slightly higher proof of Gran Sierpe that might possibly show better in cocktails. I'll have to test that later. 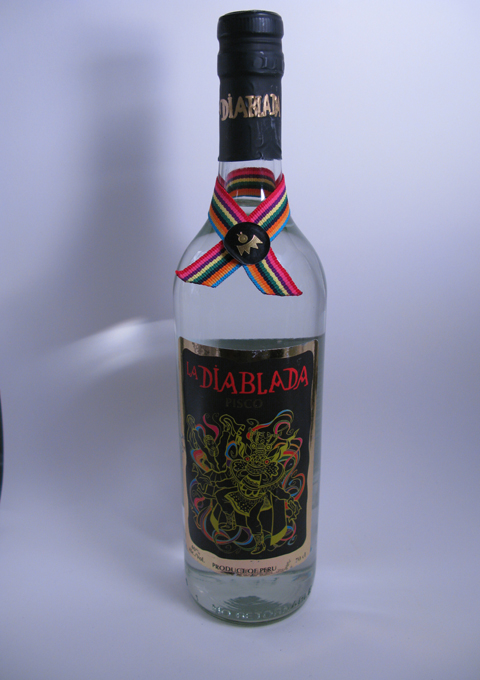 Also from Macchu Pisco is La Diablada, an acholado pisco with a more traditional label. Though acholado pisco is  a blend of aromatic and non-aromatic grapes, the floral notes pop out of this one- all sorts of white flowers like elderflower and jasmine, with a good deal of blueberry and below that the grape aroma. In the mouth the same floral flavors dominate but then the finish is quite tight and tannic, fading away to floral aromas in the front of the mouth and not much else on the palate. Again, this is one I'll have to test in cocktails to see if it is too floral without enough oomph.

Nice, I'm so happy to see a couple of the pisco brands available in the US being tasted.