A Visit to Bowmore on Islay in Scotland

Hello from Islay! I'm in Scotland on a trip with Bowmore. 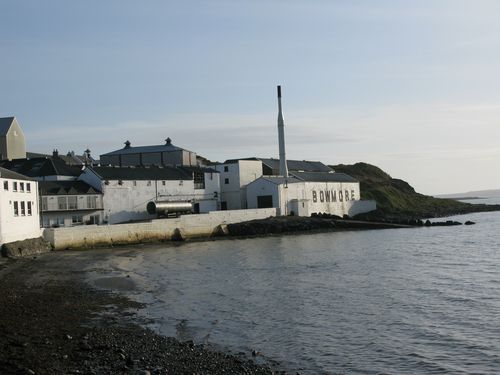 After a first night of bar exploration and jetlag adaptation in Glasgow, I was ready for the press trip to begin. I spent the morning blogging about the previous night, then had a day to explore Glasgow. I can't say I learned a ton about the city, except that I love the look of Glasgow University and had a great time exploring the Kelvingrove museum.

By the next morning I'd met up with the rest of the group and we flew together to Islay. To get there by car/bus and ferry apparently takes almost nine hours, but the flight was just 45 minutes from the Glasgow airport.

Over the course of the day, the weather changed from the Islay/Scotland weather you see all the time- mildly raining with low visibility- to sunny and bright in the later afternoon/early evening. Islay always looked to me like it is built for dreary weather, with all white buildings as the one color that looks good in the fog, but when it's sunny it takes on a happy little seaside town feel. 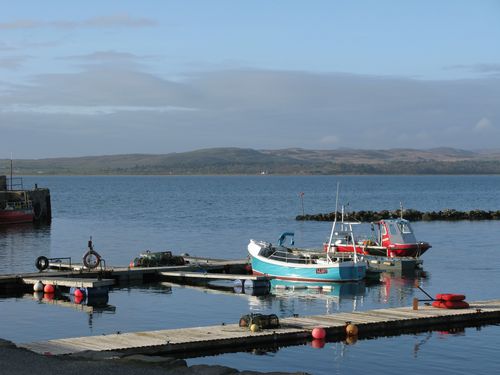 I should mention that we're in the town of Bowmore, the capital city of Islay, but are driving to various spots on the island to sample other restaurants and attractions.

But first, the distillery tour. As you probably know, Islay single malt scotch whiskies are known for a smoky/peaty flavor profile, often with seaside flavors like seaweed and salt. Bowmore has less of the seaweed/iodine flavors so present in Laphroaig, but to my palate is still dominated by a smoky charred flavor with a lurking sherry cask flavor present in different amounts depending on the bottling's expression. I didn't realize that there is actually a lot less phenol content- the amount of smokiness/peatedness in scotch- than other brands. Bowmore comes in at about 25 parts per million, whereas I believe Laphroaig comes in at 40 and Ardbeg at 60. 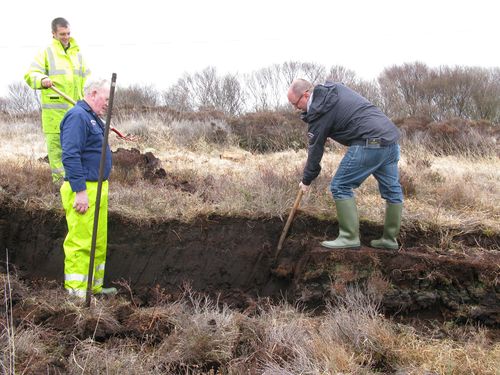 At Bowmore, like at Laphroaig and The Balvenie, they malt some of their own barley. This involves purchasing barley, soaking it in three cycles over a 24 hour period, spreading it out on a malting floor, and turning the malt over again and again until the grain germinates and sends out a little shoot about one-quarter the length of the grain. Germination is then stopped by drying the barley with a combination of hot air and peat smoke to the desired level of smokiness. I actually got to harvest peat from a bog, turn and rake some barley, and even step into the kiln after it had recently stopped blowing the peated air through it. 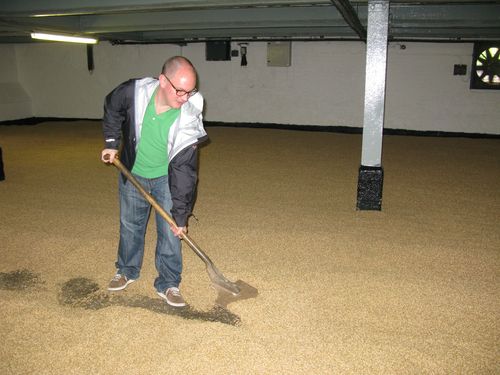 The grain is then discarded (sold to farmers as cattle feed) and the sugar water is fermented and then distilled. The new make spirit is then aged in ex-bourbon and/or ex-sherry casks for the different expressions. We took a look into Vault No. 1, where the barrels of Bowmore Gold were housed, some beneath sea level adjacent to the salt-crusted warehouse sea wall. 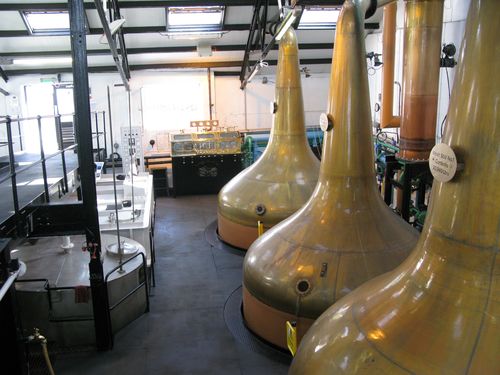