The Blue Dog, as three different people told me, is "the place where everyone ends up," as it's open until three in the morning. I got there a little before 1AM on Saturday night and it was jammed. 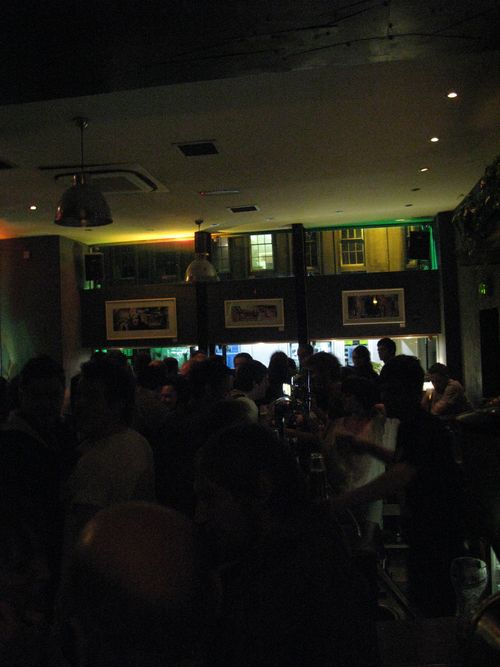 The long bar had five or six bartenders working at the same time. The cocktail menu didn't look terribly appealing to me with the exception of a couple drinks.

After a short and understandable wait, I ordered a Spruce Moose, which calls for Rittenhouse rye, calvados, maple syrup, and orange bitters. Despite the crowd, the bartender took his time and made it with care, which I greatly appreciated. The drink came out well-balanced and pretty darn tasty. Huge points for that.

The crowd was a complete mix of everyone from 20 to 50-plus year olds. It had the look of a place that really gets crazy the later it gets. It's just up from my hotel, so I might give it another visit in a fews days. 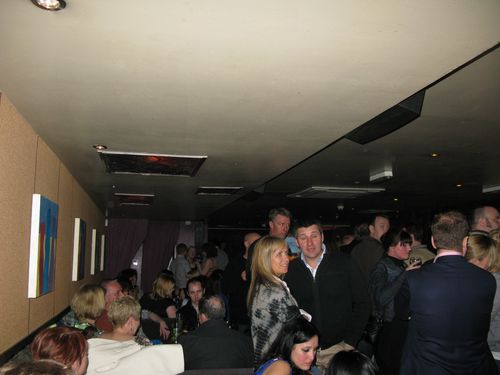 You're getting to a lot of bars on this trip, my friend. I admire for fervor for research.