On a trip to Glasgow on the way to the Bowmore distillery, I took a bar tour through Glasgow and stopped in to several places.

Booly Mardy's was originally going to be named Bloody Mary's but someone else beat them to the punch. It's a small bar with plenty of table seating, though on the Saturday night I visited all of the tables were occupied and it was standing-room-only. Of the places I visited in Glasgow, this one had the least hip crowd of what looked to be after-work types (this makes no sense as it was a Saturday at midnight) mostly in their forties. Perhaps a birthday party had been held in the place earlier. No problem, I was there for the drinks. 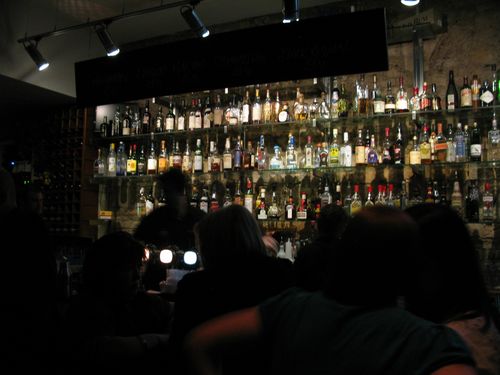 The cocktail menu lists about drinks with each base spirit- gin, vodka, tequila, whisky, etc. I opted for a tequila drink called The Rosieta but it was kind of a flop. The drink is supposed to be made with Jose Cuervo Tradicional, Campari, sweet and dry vermouth, and Angostura bitters.The bartender had to look up the recipe, stirred with the wrong end of the barspoon (not the end of the world), tasted the drink and tried to correct it by adding more tequila (a good thing), but ultimately the drink came out tasting like tequila and way too much Campari. I wonder if he forgot the sweet vermouth.

Anyway, we'll chalk it up to an off night with a new bartender. I've heard good things about the bar so I won't write it off just yet. 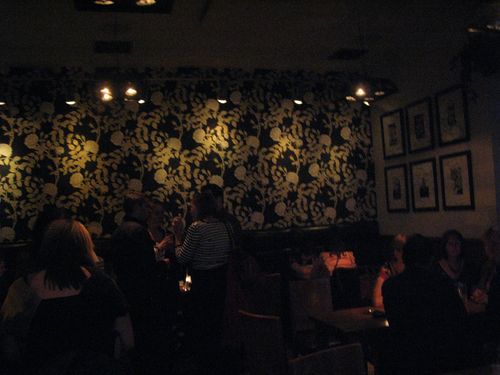