What Really Goes on at the WSWA Convention in Vegas?

The WSWA is the Wine & Spirits Wholesalers of America, representing the distribution tier of the booze business. I recently went to the WSWA convention in Las Vegas to check out what's new.

As you know, in the US the three-tier system was installed after Prohibition to keep alcohol brand owners from selling directly to consumers and owning bars. In between are the distributors, who get the alcohol from the owners and sell it to bars and restaurants (on-premise venues) or liquor stores (off-premise). There are many small but some very big distributors in different states and regions. In the case of "control states", the state is the wholesaler. The three-tier system is far from perfect. In the case where one distributor (or the state) becomes the sole distributor in the market, product variety can decrease. It's in the wholesaler's best financial interest to focus on the top-selling, top-revenue-generating brands. Small brand owners complain that getting distribution is the hardest part of their job, and that even after getting distribution they have to do all the marketing of the product as the distributors focus on their core brands rather than the small ones.

Honestly, what I was expecting to see at the WSWA convention at Caesar's Palace in Las Vegas last week was a bunch of small brand owners hiring busty booth workers to entice middle-aged executives' attention and bribing distributors with lap dances to get them to pick  up their products. I was ready for a total s**tshow. 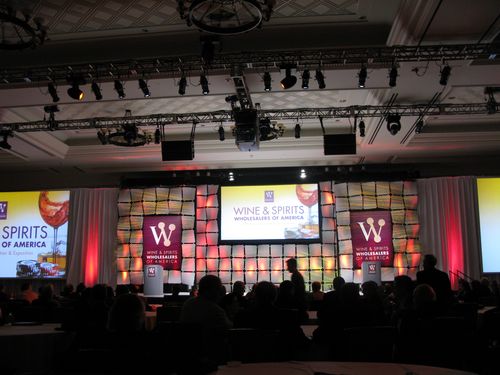 Alas, this isn't at all what happens at the WSWA convention. There is one main ballroom where small brands put out there wares for sampling. Most of it was oddly flavored liqueurs and vodka brands, but there were a few finer spirits here and there, like Bache-Gabrielsen and Comandon cognac and Pere Magloire calvados. These brands were trying to get or increase their distribution in the US.

The main floor isn't where all the action is, however. Large brand owners like Brown-Forman and Pernod-Ricard rent suites that double as tasting rooms and meeting spaces. I was surprised to see them at all, since they already have nationwide distribution, but apparently they use the WSWA as a central location to meet with all their distributors from around the country, say hello, and share news and talk about new products and promotions. 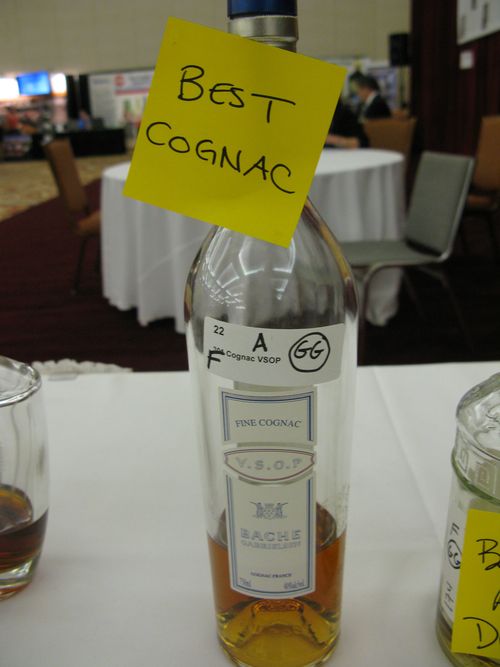 Not knowing this, I spent most of my time on the convention floor looking for new product trends (I found a few, more on those later and/or in other publications) but I should have been suite-hopping like everyone else. But at the last time slot when people were packing up the suites, I stopped into one of them, and I'm glad I did.

At the Cognac Pierre Ferrand suite, president Alexandre Gabriel was packing up when I popped in. I've met Gabriel in San Francisco and in Cognac and he's always a great source of information. I shared my worries that the three-tier system might be bad for product variety, and he quickly set me straight. 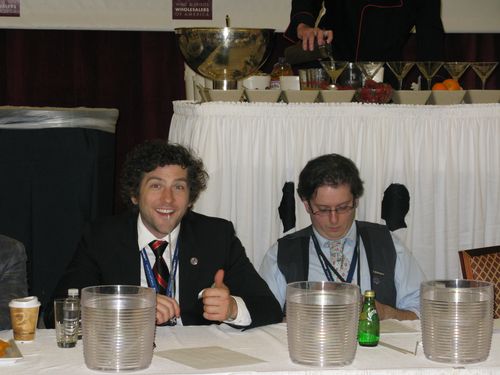 Gabriel said the the United States' three-tier system is not perfect, but it is the best system that he deals with, as his brand is in something like 40 countries. In the first place, small and independent brands don't have the capital to be their own distributors, so they need someone to distribute for them. In countries without the three-tier system, the large multi-brand owners like Diageo, Pernod-Ricard, Jim Beam, etc. sell directly to liquor stores and can use their weight to suppress sales and shelf space of smaller brands. There becomes less selection and less product knowledge in all but a few independent liquor stores, according to Gabriel.

So, while the three-tier system in the US isn't perfect (perhaps a hybrid system like how wine can be sold directly to consumers in some states would be an improvement), it's better than the alternative with large brand owners controlling distribution. This was, after all, the whole point of creating the system in the first place.