Aging and Terroir on Islay 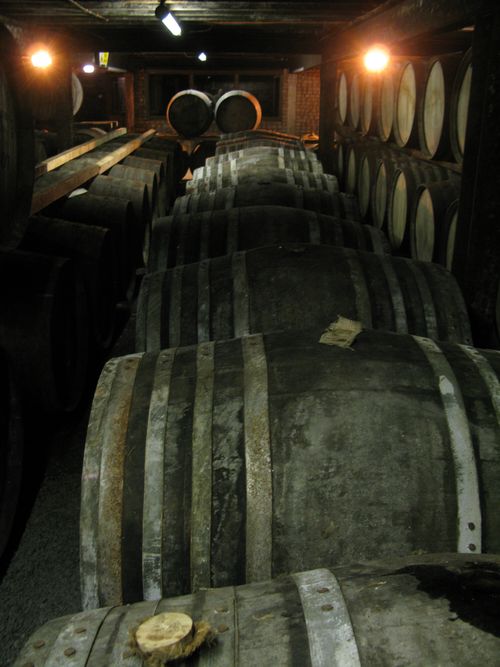 When we last spoke, I was talking about the distillation process of Bowmore, the Islay single malt scotch whisky that I visited a few days ago. The malting and distillation are only the first two weeks in the life of a scotch whisky: the aging time in barrels is where the liquid spends the vast majority of its existence- and where it gains much of its flavor.

At Bowmore, they use ex-bourbon barrels primarily from Heaven Hill, ex-sherry barrels, and miscellaneous ex-wine barrels for special blends. 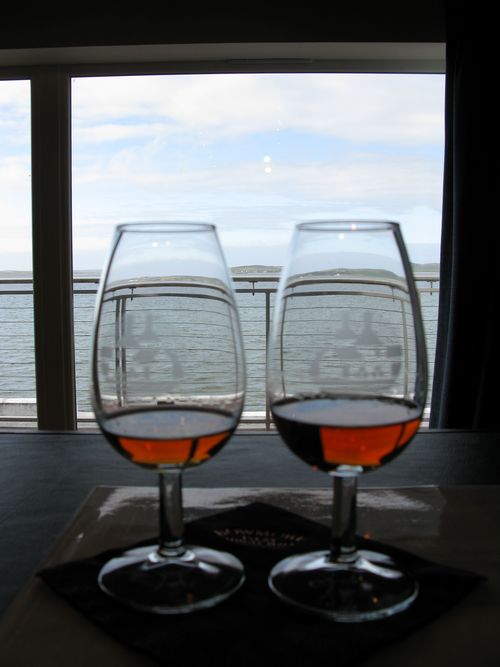 Different ratios and preparations of bourbon and sherry barrels are used for the various bottlings. The 12-year-old and 18-year-old expressions are a blend of scotch from ex-sherry and ex-bourbon barrels. The 15-year-old “Darkest” bottling is a 12-year-old finished for three more years in ex-sherry casks.

Bowmore aging warehouses on Islay are located right next to the sea. The partially-below-sea-level No.1 Vaults are the most famous, as that's where Black, White, and Gold Bowmore are from. 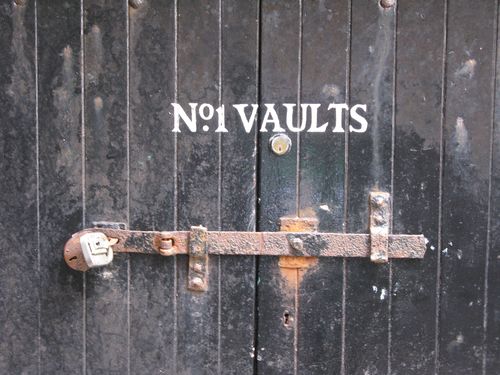 Bowmore distills with a percentage of barley malted on site, along with a majority of commercially malted barley from the mainland. Distillery Manager Eddie MacAffer said that though there are differences in the flavor profile of the peat from Islay versus the mainland, he didn’t feel they were significant.

The aging barrels are also mixed: some Bowmore casks age on Islay and others on the mainland, but according to Eddie MacAffer this has more influence on the flavor of the final blend.

Camper English: At Bowmore you have the combination of the local peat, local malting with the stuff from the mainland and you have aging in both locations as well. Can you taste the place in Bowmore, do you think?

Camper English: Do you think that's where you see the most influence of the location is there, as opposed to the peat or the local malting?

Eddie MacAffer: Obviously we  put the peatiness in , but definitely the location that it matures in is definitely gives it the biggest influence on the taste; right beside the sea. 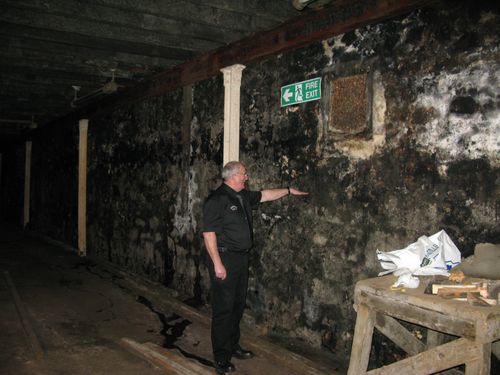 (Distillery Manager Eddie MacAffer shows where sea level is in the Bowmore No. 1 Vaults.)