On the last day of my trip to Scotland with Bowmore, we went to another distillery, Auchentoshan. This distillery is located just outside of Glasgow, on a former estate. 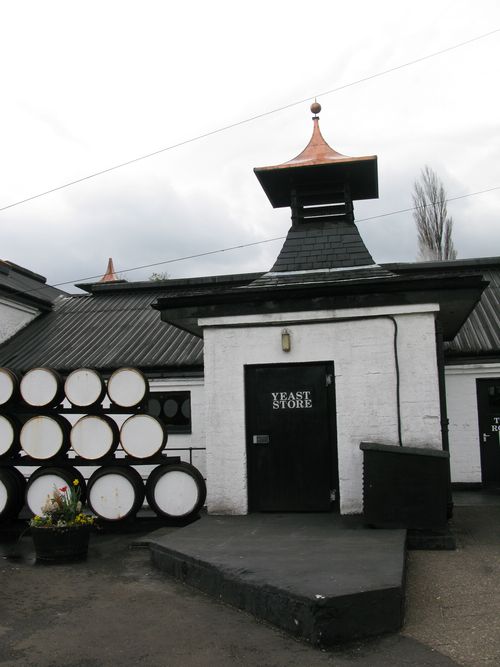 Auchentoshan is in the Lowland region of Scotland, one of just five single-malt-producing distilleries there. It’s also unique as the only scotch distillery that triple distills all of its whisky. This gives it a lighter flavor profile than most single malts, and a thinner body/mouthfeel. This makes it both an entry-level whisky for drinkers new to the category, and one  that can be easily mixed into cocktails. 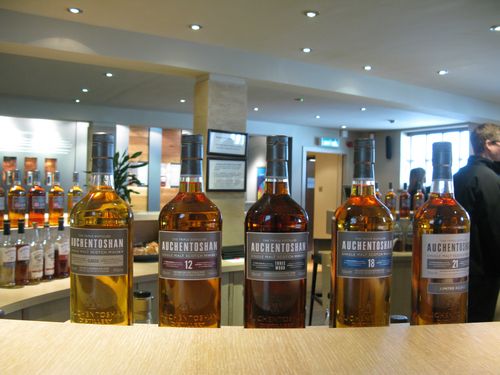 Scotch whisky distilleries usually (always?) have stills in pairs for two distillations; a smaller one for the second. Rather than adding a third still at the end of the process, Auchentoshan has an ‘intermediate still’ between the other two. 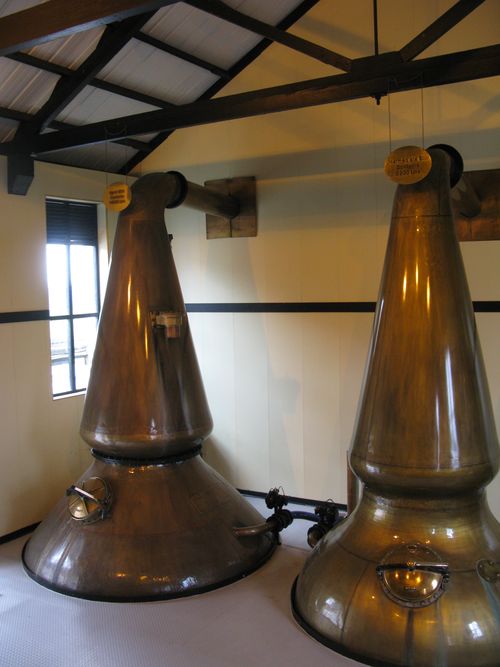 (I couldn't fit all three stills in the picture. They do exist, though.)

The spirit is distilled to a high alcohol percentage before the final distillation that will make the cut of the heads and tails. (Previous to that, they're mostly concentrating alcohol. The final distillation/cut will pick out the desired flavor elements for the whisky by discarding portions of the distillate.) According to Auchentoshan's distiller Jeremy Stephens, the higher level of alcohol sitting in the still forces the volatile aromatics in the alcohol to rise to the top first, rather than the heavier, oilier compounds that they want to avoid in this whisky. 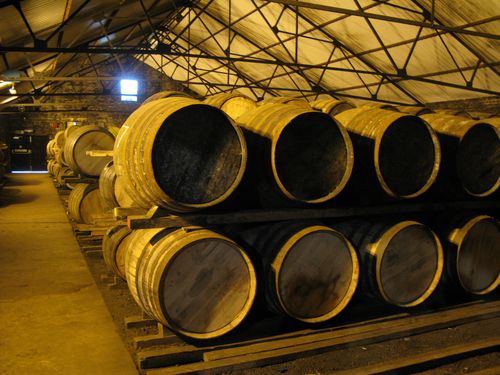 After a trip through the distillery, we took a spin through the one of the aging warehouses then went for a tasting.

The Auchentoshan line includes the Classic, which bears no age statement but holds scotch most between five and eight years old, all aged in ex-bourbon casks. The twelve year old contains about 25% whisky aged in ex-sherry casks. We sampled the 18 and 21-year-old expressions as well, along with a 1988 Bordeaux finished bottle that I really liked. The Three Wood is matured in ex-bourbon, ex-oloroso sherry, and ex-Pedro Ximenez casks. 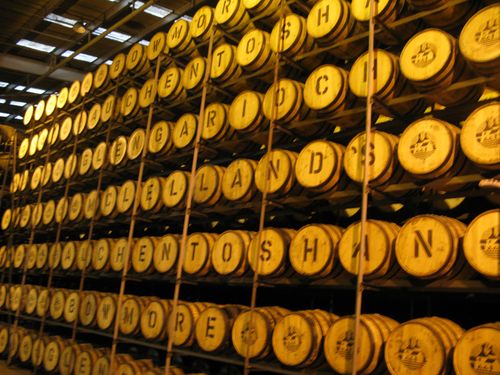 And then it was on to the blending room... see the next post.

what a cool warehouse shot.

Cool. My wife's childhood home is less than a mile from here.