I am a big fan of distillery waste. Not bathing in it, but learning about it.

In most cases where a grain is distilled into whiskey or vodka, the spent grain (after all the sugar has been removed to be fermented) is sold off as animal feed. In Cognac (at Hennessy anyway) the spent lees (grape parts) are taken to an industrial distiller to get more alcohol out of them, and the "heavy sediments" of the grape juice go for cattle feed and for use in pharmaceutical products. In tequila production, the spent fibers from the agave pinas are sometimes put back on the fields as fertilizer, sometimes mixed with the heads and tails of distillation. 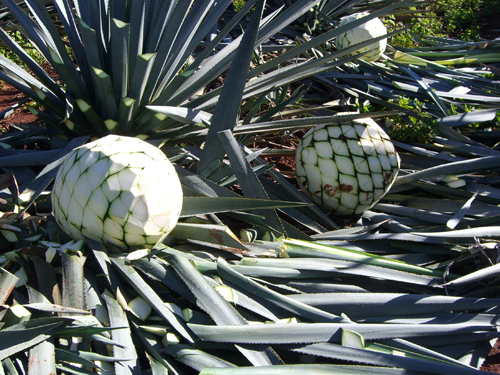 (There is a lot of leftover vegetation in tequila production.) 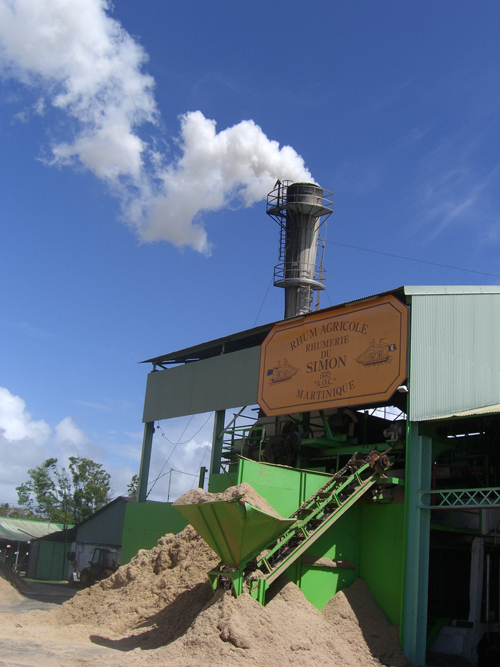 (Spent sugar cane to be burned at Rhum Clement distillery on Martinique.) The heads and tails are the waste products of distillation, made up of alcohol, water, and undesirable flavor compounds that distillers don't want in their final products. These are also recycled. In scotch whisky, these are put back into the still for the next batch of distillation. (Somehow they never build up and overwhelm the spirit- weird.) Many companies sell the heads and tails to industrial distillers who make pure spirit, cosmetics, and other products. Some use this alcohol as fuel to heat their distilleries in winter. 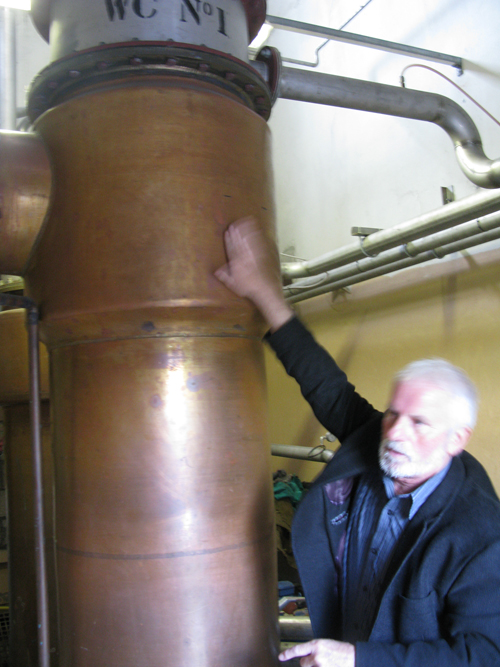 (The condenser at Fettercairn.)

Speaking of heat, many (if not most) distilleries are mainly powered by hot water; heated either by an oil burner or by burning waste materials like the sugar cane stalks mentioned above. The hot water heats the stills to convert the liquids into steam. Cold water is also needed in the condensers of the still to convert the alcohol in steam form back into liquid form. Typically this cool water comes from a nearby stream or river. After it is used in the condenser it is now hot water, which isn't usually suitable for dumping back into the water stream from whence it came until it is cool. In some distilleries such as the one for Blue Ice Vodka, this hot water is used to lightly heat a warehouse in the winters.

What About the Water in the Still?

On my recent trip to the Isle of Jura, The Dalmore, and Fettercairn distilleries I learned about more industrial waste. This made me very happy.

For some reason nobody talks about the leftover water from distillation. Distillation is really just separating alcohol from water in order to concentrate the alcohol. Concentrate alcohol in beer and you get (unaged) whisky or vodka. Concentrate it in wine and you get brandy. The heads and tails contain alcohol and this is valuable so it gets recycled, but there is still the water left in the still. 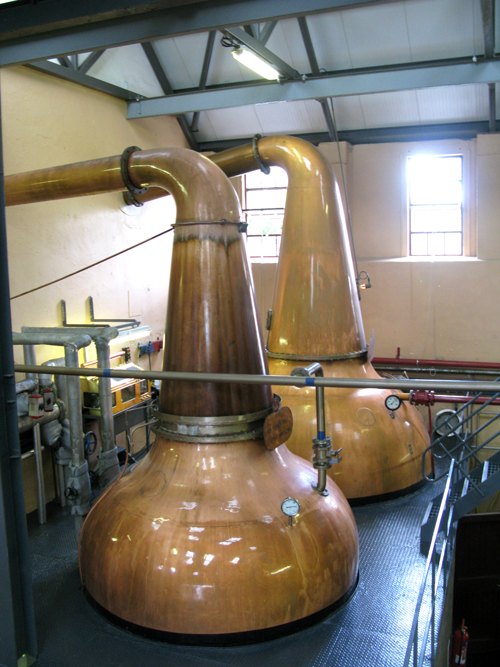 At Fettercairn, Jura's master distiller Willie Tait explained it: After the first distillation, the leftover water also contains yeast bodies from fermentation. This water/yeast mix is called "pot ale," and it can be boiled down into a high-protein syrup used as cattle feed or as fertilizer.

After the second distillation the leftovers are mostly water with a high copper content with some congeners. Tait said this mixture is called the "spent lees," which is confusing because in cognac this means something different. I also failed to write down how this water is recycled if it is at all, so I have more fun facts about distillery waste to learn!

intresting and unusual article...cheers from Greece!!!

This copper contaminated water must be great for watering the backside lettuce and carrot garden as I think copper is highly poisonous to snails and slugs but not to crops...
...just to get rid of the final small rest of waste :-)

The French have "marc" which is their version of grappa, but I'm not sure how popular it is, or if it comes from the leftovers of cognac production or only wine production.

In American sour mash whiskeys some of the left over (sour) mash is used in the next batch. This is done over and over again and each successive recycling of the sour mash makes a better whiskey. It is also a wonderful fertilizer, I'm told.

The scotts use a process call hydro separation in order to separate the heads and tails from the quality alcohol and that is what goes into the next batch...