The last time I was in Glasgow Scotland, actually just a month ago, I hit all the cocktail bars I meant to except one.  I returned to Glasgow on another scotch trip last week (I know!), this time with Isle of Jura and The Dalmore, and luckily I got a second chance. 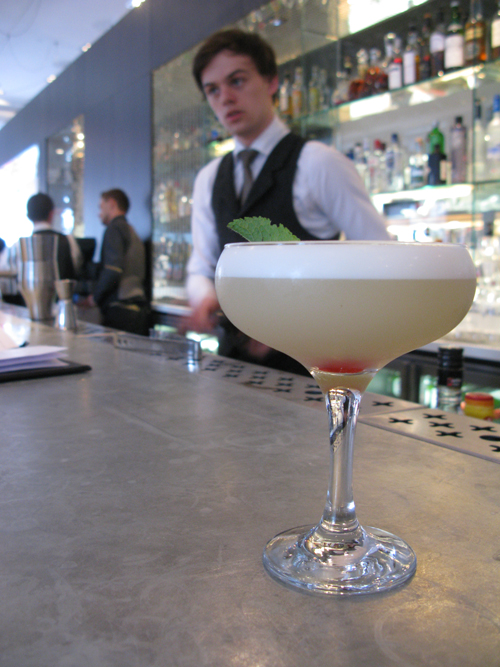 The bar is at the Blythswood Square Hotel and I think was previously a Royal Air Force club of some sorts. The bar program is directed by Head Bartender Mal Spence. Spence was previously in Edinburgh and hired his own staff locally and from Edinburgh to work here.

The cocktail list includes classics like the Clover Club, Cobbler, and Southside, plus originals including the Last Word spin-off the Donna Lee (gin, lemon juice, maraschino, Yellow Chartreuse, egg white and pink grapefruit) and the Duchess Of Bedford (Hendrick's Gin, Earl Grey Tea tincture, lemon, maraschino, St. Germain). There was a lot of grapefruit, maraschino, and Yellow Chartreuse in the original drinks (they lean toward refreshing rather than spiritous), and egg white is all over the place on the menu.

The drinks are very reasonably priced, starting at 3.50 (English Pounds) with several drinks at 4.5 pounds to encourage experimentation.

We only had time for one drink each and were there early in the night so I can't describe the scene, but it's a nice-looking bar and one I'd surely revisit when next in Glasgow. 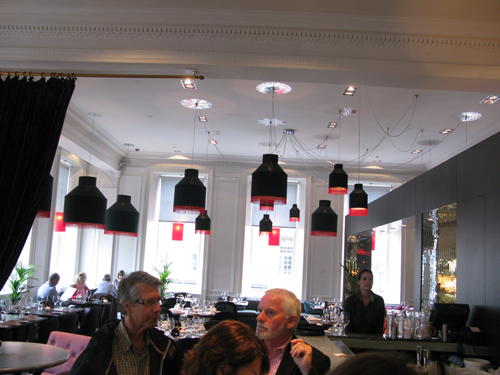