We were treated to Agua Libre versions of Ti Punches, El Presidentes, and Cuba Libres made with a homemade cola syrup.

We also had a chance for a first look at the space that still needs a few finishing touches before it opens next week. Let's take a tour, shall we?

The bar is located adjacent to Slim's in SoMa and opens with the patio. The patio still looks unfinished at this point, but I believe the plans are to have tables and chairs out there as well. 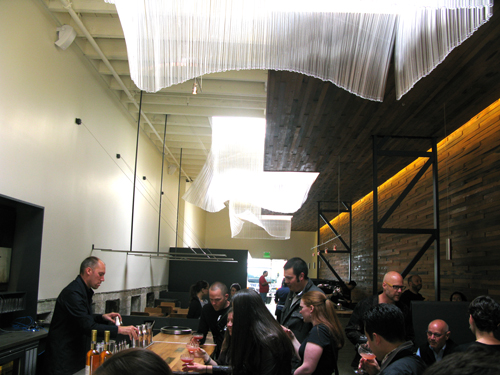 The front of the room is a long bar with some space for a standing crowd immediately in the front entrance. Some booths are in this front section too. The tubular light fixtures seem to focus daylight into the space and make it seem like daylight even when it's not. 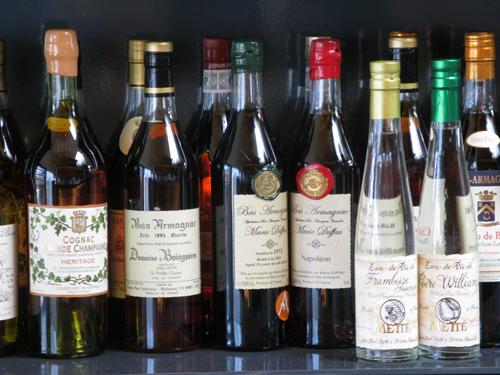 As usual with Thad Vogler's projects, the spirits list consists of locally-made spirits like the Agua Libre, plus independently bottled spirits and those distributed by smaller companies. I believe there are no spirits distributed by Southern Wine & Spirits or Young's Market here- a really hard thing to accomplish. At the end of the bar is a more casual cafe-like seating section. Here we're facing toward the front of the restaurant. On our left is the coffee station and service bar... 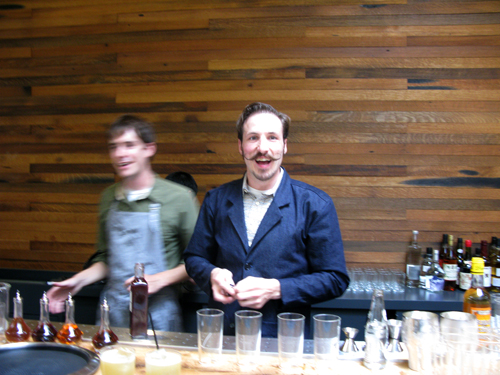 ...where former Heaven's Dog bartender Craig Lane was working on this night. 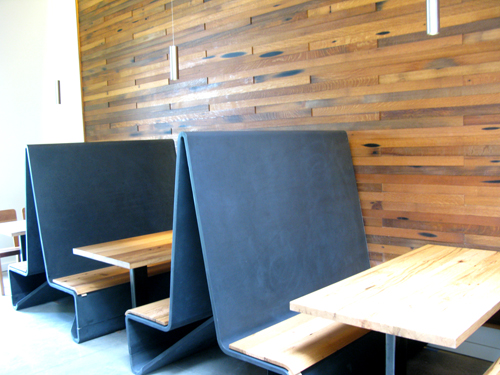 The back of the room contains a few more of the big booths. The booths somehow have concrete backs- very cool. 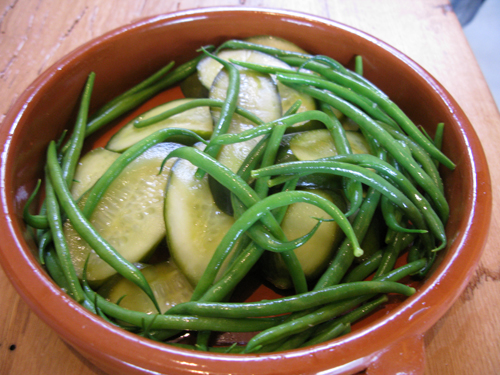 At the preview we snacked on chicharrones, pickled beans and cucumbers, a ginger dessert, and other nibbles. 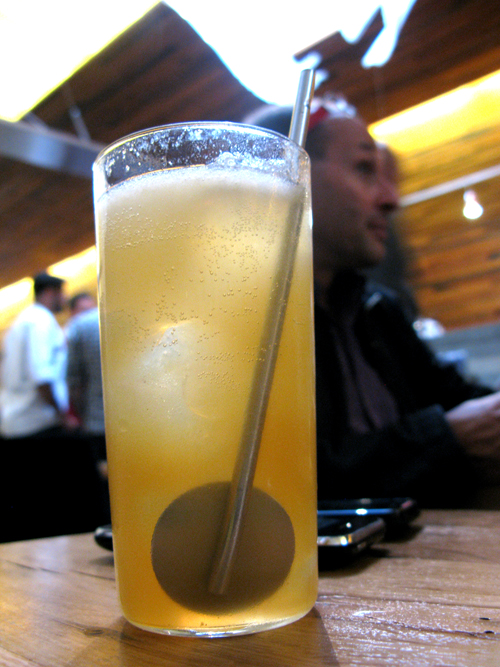 They're using metal straws in the Cuba Libre and other drinks. 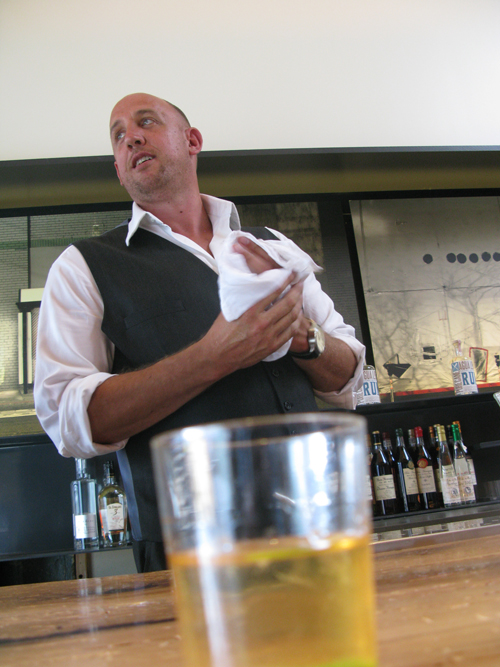 So congratulations to Thad and the crew. I'll be back for another preview party this week!