Last week after a group of bartenders took a boat ride from San Francisco to Oakland, where we were treated to a rum debate starring:

It wasn't nearly as boring as Cate and Cid make it look in the picture below.

The event was called the Great Rum Debate, but it was more of a nice focus group on what's happening and what should happen with the rum industry. Here were some of the topics discussed:

The future of the rum industry

Is the industry prepared for increased rum production as consumers get more turned on to aged rum?

The direction of the rum industry

A great panel and lots of good information. Thanks guys! 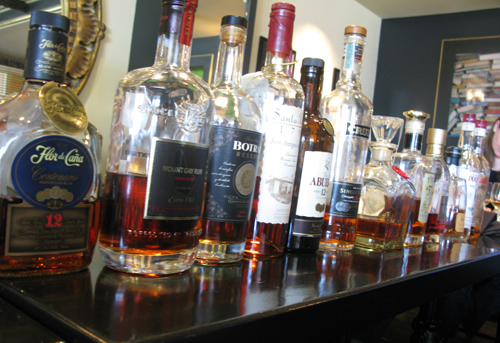