I finally got the press release for Remy V, the new product debuting in September in two trial markets- the San Francisco Bay Area and Atlanta. I'd heard the word on the street about this and posted a couple hints to my Twitter feed and Facebook page last and this week, but this was the first I got an actual press release on it. 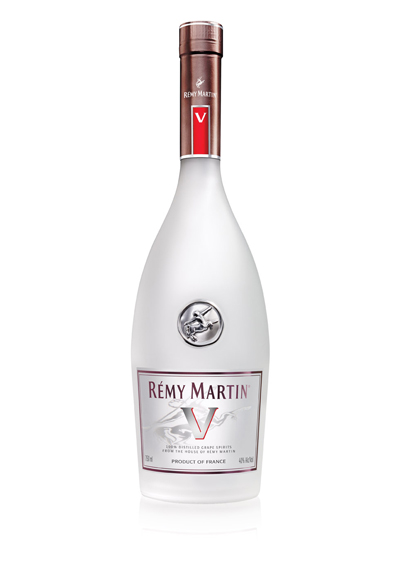 Remy V is not a cognac because it is unaged- just double-distilled on the lees like cognac, chill-filtered, and rested before bottling. They're releasing the product with cocktail recipes from mixologist Charles Hardwick.

I guess the proper name for this product would be a grape eau de vie or grape brandy. It's not a cognac since it's not aged long enough. It's not a marc (which is French grappa) because that is made from the leftovers of wine production rather than with the whole grape.

It might be close to Peruvian pisco in that it is distilled from grapes in pot stills. Pisco comes from Peru or Chile, though (in Chile pisco can be column-distilled and slightly aged), so obviously this product won't be billing itself as a pisco. Furthermore, pisco is distilled only one time in a pot still and it is distilled to proof, meaning no water is added before bottling. Cognac is distilled twice and usually watered to bottling proof. One would expect Remy V to be more neutral and less grapey than pisco, but it's impossible to say at this point.

So the big question is how the product tastes. I don't know yet, but I can't wait to find out. 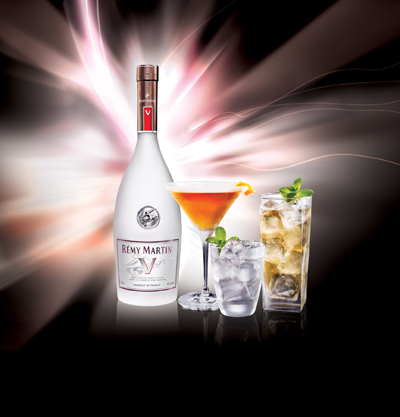 So the one ad I could find for it calls it "clear spirit." Is Remy angling for some part of the vodka market? It kinda looks like it.

Good point- they do use "clear spirit" a lot. Maybe it's the vodka with the cache of cognac. They are launching it first in nightclubs where much cognac is consumed.

Interesting. This is the first I've heard of this. Keep us posted, Camper

So from a price standpoint this doesn't make a ton of sense (an unaged product the same price as one with a 4 year minimum age).

But from a competition standpoint I believe the new Hennessy Black costs about the same amount. This product was also promoted for club mixology.

Unaged clear spirit made from French grapes?!? Thats been done to death. Its called Grey Goose...

Grey Goose is not made from French grapes, its made from grain, like other vodkas. Even Ciroc, which claims its made from snap frost grapes, is mostly grain. So I'd be interested in trying the Remy V -- Remy Martin does not disappoint in its product quality.

I will be in San Fran for the product launch in early Sept to talk about it and to taste some industry folk on the new juice. I had some at Tales but was being super sneaky about it. Hope to see you there...

Nick, just a small precision : Grey Goose is made from grain, whereas Cîroc is made entirely from grapes, and only grapes (Ugni Blanc and Mauzac). And both are made in the region of Cognac.

Yeah, profit wise, this is the best thing any cognac house has done so far. Unaged spirit at $40, this will put a little cash in the cie's bank account for sure. The trend was to hit the Cognac area soon with all the clear stuff being poured around the galaxy; even the Armagnac guys got their Blanche d'Armagnac a few years ago.
Just a matter of time for Hennessy, Remy etc... to expand beyond (obviously they already have here...) the cognac thing as: they spent the last decade or so taking some distance with the nature of the product they sell (the word "cognac" got smaller to the point one can't barely see it on the label, the brand bigger) to focus on brand recognition. Wanna bet on a time frame for a gin or a tequila?