Trader Vic's in Emeryville, the large water-adjacent spot in the East Bay of San Francisco with some of the artifacts of the original Trader Vic's Oakland location, is reopening September 28th after a remodel and menu update.

Part of that update is of the drinks. A Trader Vic's representative told me that the new drinks on the menu are:

That's a whole lot of Mai Tais! It reminds me of a Caipirinha bar.

The other drinks are described in the image below. 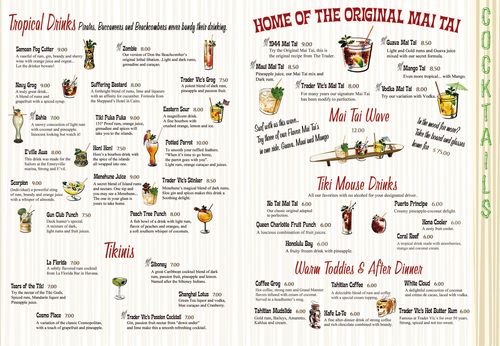 You can also buy the Mai Tai surfboard and glasses set for $75- including the drinks. I love bar souvenirs. 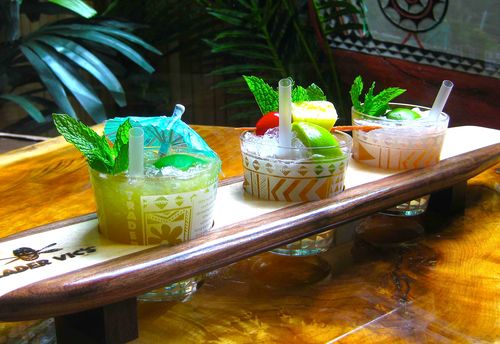 Do you know the purpose of the little menehunes next to some of the drinks on the menu? Are those the new ones, the strong ones, the signature drinks?

You left out the "No Tai Mai Tai" --- the "classic adapted to perfection."

I love the 1944 Mai Tai (aka Mai Tai from scratch), but I notice it's $2 more than the one on this menu at my local Trader Vics. Still won't stop me though!

I would add a Demerara Mai Tai..

There's a typo on the "Trader Vic's Mai Tai" description, where it says, "For many years our signature Mai Tai has been modify to perfection."

Shouldn't that be "has been modified to perfection" - even though it's still a horrible sentence, at least the verb form of the word "modify" would be correct.