Alexander's Steakhouse was born in Silicon Valley, a land where venture capitalists can buy $135 Wagyu steaks (pdf menu) on the corporate credit card. By several accounts I've heard, it's worth the money.

Last week they opened a San Francisco outpost in the former Bacar space on Brannan Street. I went in to try the cocktails. 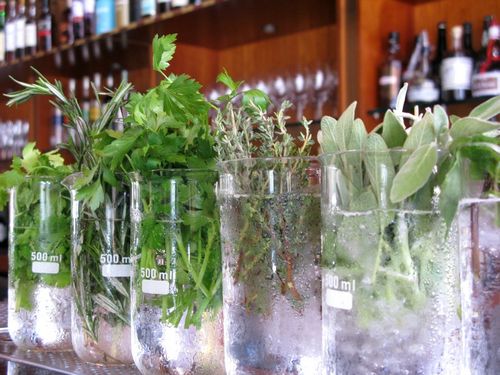 The drinks here lean heavily towards savory flavors including carrot, cucumber, cilantro, thyme, rosemary, turmeric, and other fruits and herbs. I'm glad to see it- so many San Francisco bars have moved away from the "salad in a glass" model of fresh ingredient mixology into an all-stirred-spirits format once found mostly on the east coast.

Beyond that the drinks are made with mostly familiar base spirits including Knob Creek, Hendrick's, Dewar's, and even Jack Daniel's. Lead mixologist Jessamine McLellan explained her philosophy: lure in the customers with several ingredients that they know and like, and tempt them with an odd combination or an ingredient with which they're not familiar. 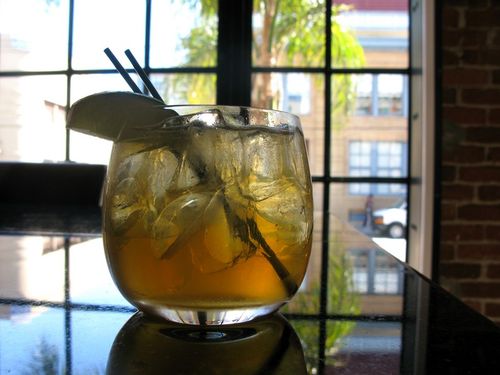 Of course, she's coming from the Silicon Valley restaurant where people need to be tempted into trying cocktails. In San Francisco that shouldn't be a problem when customers are used to being confronted with menu items with no recognizable ingredients to the layman, such as "yamazaki 12yr, amontillado sherry, patxaran, maraschino liqueur, cacao nib tincture" (an actual drink from 15 Romolo).

She may have an easier time selling them than expected.

My favorite drink by far was the Scarborough Faire- a gin Gimlet with parsley, sage, rosemary, and thyme (get it?) muddled in and strained out. I suppose it's the next evolution of the cilantro or basil or mint gimlets of a few years ago. 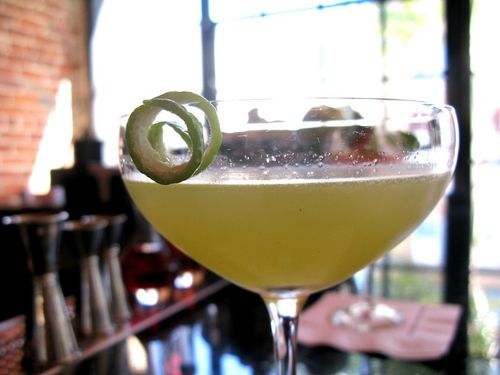 I also enjoyed the Bengal Tiger with carrot and turmeric, which gave it a lovely finish. 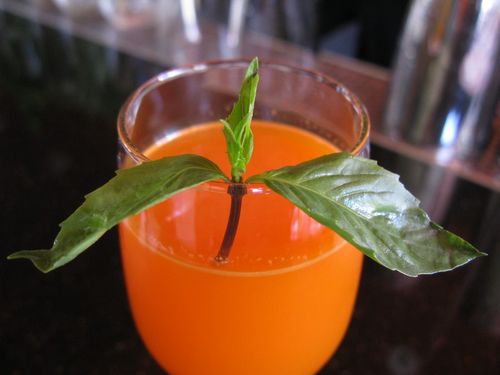 The Flapjack is a take on a breakfast cocktail with maple syrup, orange juice, bourbon, and a warm candied bacon garnish. (I had it without the bacon.) 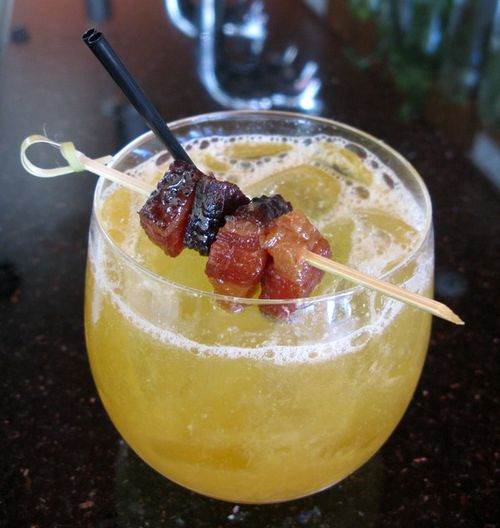 I also enjoyed the Coffee and Cigarettes. The coffee comes from a liqueur and the cigarettes is the smoked salt and pepper rim. The combination of salt and coffee was terrific. I kind of want to salt my coffee at home now. 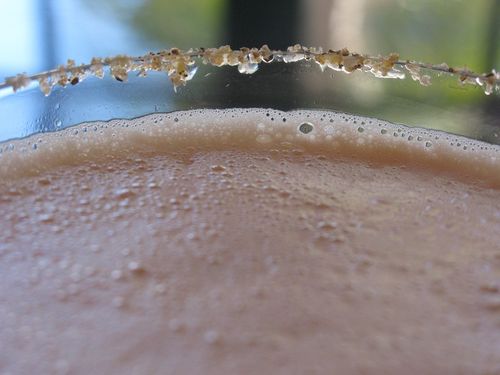 And the Saturn was good too- I was surprised by how much I liked the Amaretto in the drink. (The drink is named for the rings of orange peels in the glass- clever!) 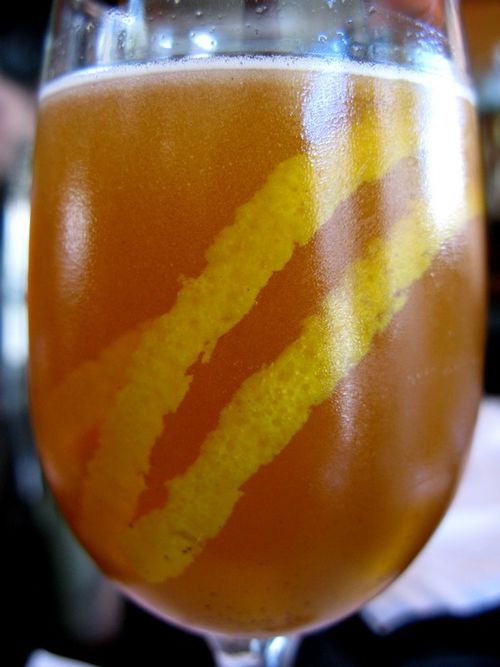 See the full menu and a many more pictures by clicking on the link below. 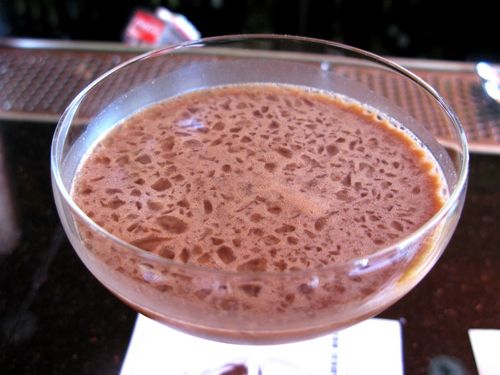 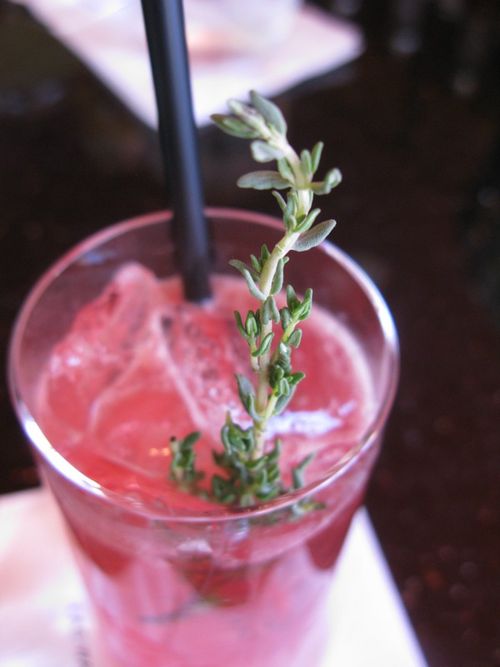 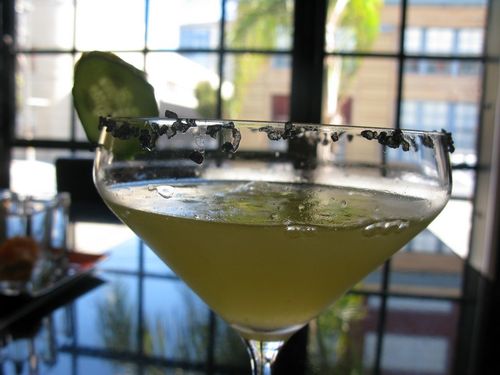 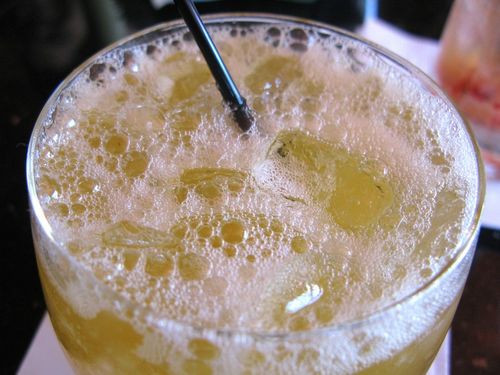 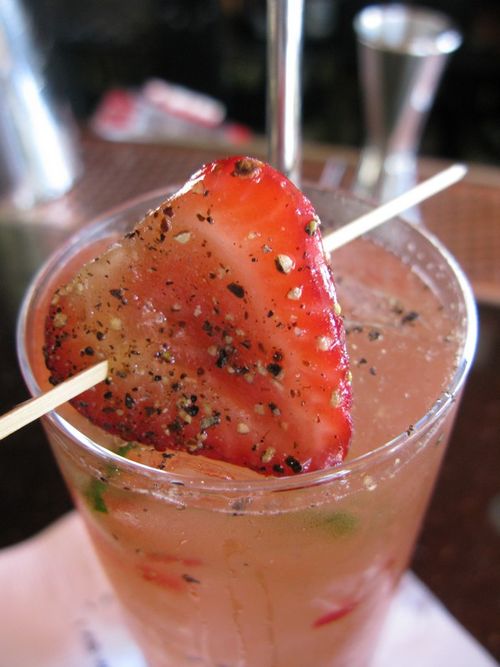 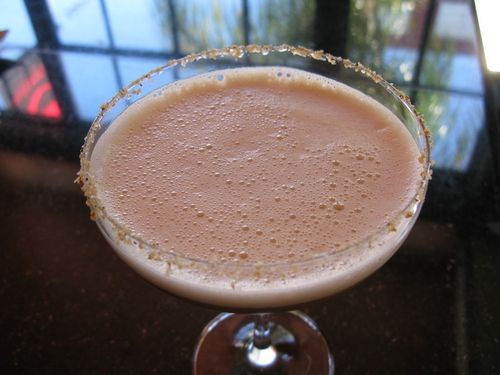 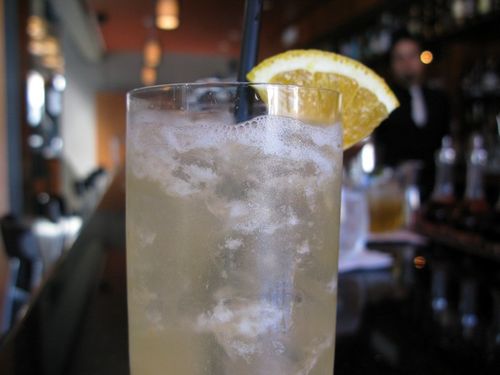 God pdf menus annoy me, especially when they are 5 and a half MegaBytes...

These drinks look interesting, but man, those prices...