I'm in Berlin, Germany blogging for the bar show Bar Convent Berlin. I had a few extra hours today, so I decided to see some of the city. I visited a remaining portion of the Berlin Wall, passed by some sausage stands, had a beer, and saw the sign for the famous cocktail snakes. 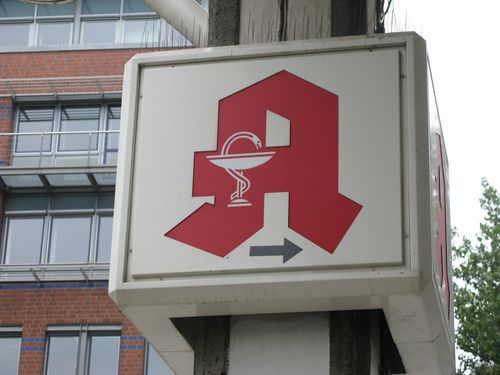 The cocktail snakes have a rich history dating back to Second Reich, but were largely unknown outside of the Eastern part of Berlin until after Reunification in 1957.

Today they are some of the most popular tourist destinations in all of Germany, with signs on many street corners directing enthusiasts to the nearest snake bar, known as Snackbarleichten. (American tourists are often confused by the name, expecting to find a snack bar but receiving a poisonous bite instead. Because of the resulting lawsuits, German parliament passed a resolution in 2003 requiring all snake bars to stock plenty of antidote and have nurses on staff.)

In the traditional Snackbarleichten, the snakes are kept in a glass aquarium with an open top at the same level as the bar counter. The bartender ("snackfrau") pours cocktails in oversized glasses; typically a blend of the local schnapps with sugar and a drop of fresh mouse blood. She puts the drink on the bar and then the wait begins.

Eventually one of the snakes will coil itself around the cocktail glass and reach its forked tongue in for a sip of the drink. The snake will take only a few slurps, becoming instantly intoxicated and passing out coiled around the stem of the glass. (Cold-blooded animals have no livers, so alcohol goes directly to the brain.) Only after the snake has fallen asleep do you get your turn to drink- with a straw so you don't wake the snake.

Recently some modern snake bars have opened to cater to the younger generation. These venues (called "ultrasnackbarleichten") house only specially-bred albino snakes that glow in the nightclub-style black light. There, the mouse blood is replaced with Red Bull and the snakes do not sleep, but jitter in a rhythmic motion to the industrial dance music piped in over loudspeakers.

Anyway, that's what I was imagining on my walk following the cocktail snake sign to see what could possibly be at the end of it. Turns out, it's a pharmacy.

I didn't ask if they carried anti-venom kits.

Nice writing, Camper. Does the Ampelmann still guard the crosswalks in Berlin?

I have not seen the mythical Ampelmann, whatever he is. Now I must find this creature too!

I'm afraid I missed the cocktail snakes when I was in Berlin last year, but I did find the Green Door and the Victoria Bar, and would have found Rum Trader, but it was closed. Those were the bars recommended to me. Know of any more?

Amazing story Camper. You had me going there for a minute.

hahaha :D nice one!
When I saw the photo, I thought - what is he talking about, it's an universal medical sign... :) but, hey, world is full with crazy stuff, so I wouldn't be surprised if your words were true :) :)

This made me laugh so hard, especially the Red Bull bit, I could visually the snakes getting down to some industrial techno. Hilarious!

Too funny! Doing a post on the Berlin Wall for my drinking blog and will direct readers to your post. Nice writing.
http://thehistoricalinebriant.blogspot.com/