I love reading bar menus and I think a lot of you do too. If you're a bartender anywhere in the world and would like to share your cocktail menu with Alcademics readers, feel free to send it to me.  I'll only post the ones I think are interesting, so I apologize in advance if it doesn't make it on the site. 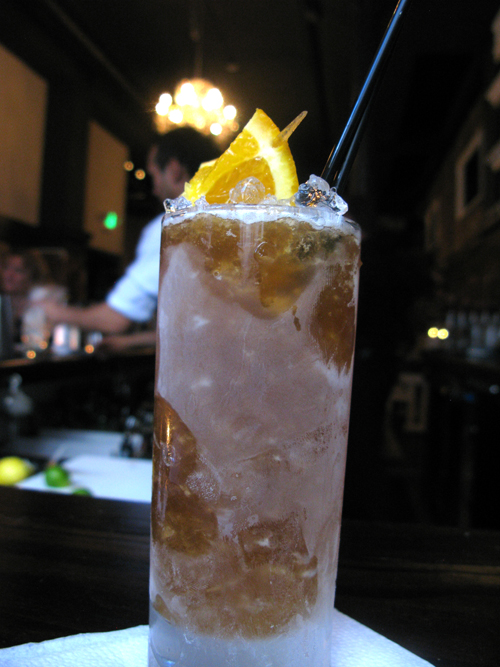 Not all the cocktails are new on this menu, so I've only posted the ones I think that are.

NOT TONIGHT
Use a shaker
one and half parts mandarin vodka; three quarters lime; one half orgeat, one half velvet falernum; scant of chipotle tincture; two dashes whiskey barrel aged bitters; small piece orange peel.  Fill shaker with ice, shake and strain into chilled coupe.

GREAT PUMPKIN FIZZ
Use a shaker
one and a half parts aged rum, one half velvet falernum, one half cream, one half egg white, one quarter lemon juice, barspoon of maple pumpkin butter, dash of old fashioned bitters.  Fill shaker with ice, shake and strain into chilled cocktail glass.

FALLING LEAVES
Use a mixing glass
One and a half parts calvados, three quarters rosato vermouth, one half pear liquor, scant of orange curacao, two dashes of lemon bitters.   Stir and strain into chilled cocktail glass.

FALLING LEAVES was really great. But i think NOT TONIGHT would need a bit on lemon. But this is my opinion :)

That's our friend Kevin Diedrich who is masterminding those drinks. Good for him!