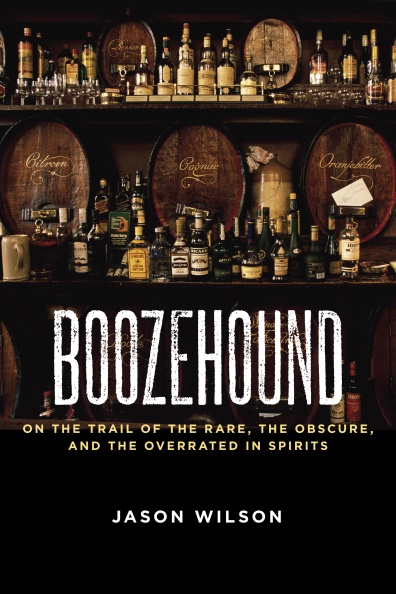 If you're a regular reader of Wilson's Post column (and you should be) you'll already know a lot of his feelings on false marketing claims and made-up brand stories. In this book he gives a lot of the backstory on his experiences with magical marketing and that's where he's at his funniest- going off about St. Germain, Chartreuse, and Jagermeister.

Because I know Wilson's writing and the man in person I'm used to all his ranting and raving, so what stuck with me about the book was not the humor in it (don't get me wrong, it's a funny book), but what I'll call "special moments with booze."

One Time at Booze Camp

A point that Wilson makes again and again in the book is that long lists of flavor descriptors of a spirit (or wine) don't do much for the reader, in large part because taste is so personal and subjective. What makes a spirit special is how it is special to you, and this is the core of the book.

Wilson describes his visits to distilleries around the world, along the way sharing what he learned. (I picked up great new information about aquavit, amaros, pisco, and calvados.) But these descriptions are not dry lists of rules and regulations, tasting notes, and distillation parameters, but really about what made each visit memorable, or how he came to understanding of the spirit, or what sealed the deal, in essence.

It makes you both jealous and really thirsty.

You might think that this would get annoying- Wilson bragging about his wonderful adventures like a J. Peterman catalogue- but instead I found myself absorbing those memories into my understanding of the spirits as well. (Just what I need, to be even more like Jason Wilson.)

In one part, he talks of tasting genever at Tales of the Cocktail and how it triggered a memory: He was in Amsterdam with a friend and throughout the day they drank at Wynand Fockink and De Dres Fleschjes, took in a live sex show, and had "a heated debate about the nature of friendship and love and memory."

The book is available on Amazon.com.