In September 2010 I visited several sherry bodegas. Here are pictures and a few notes from Bodegas Harvey's. 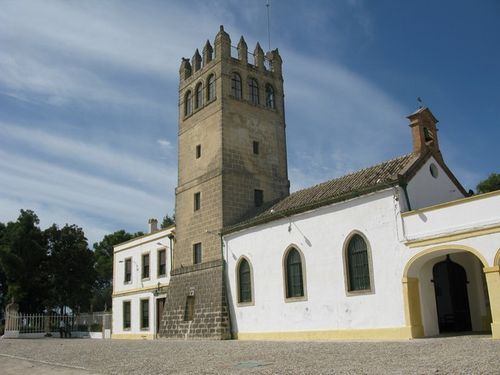 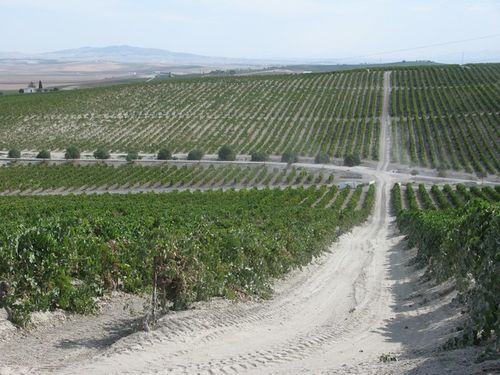 (The white, chalky soil of Jerez not only seals in water to get the vines through the dry season, it reflects sunlight up to the bottom of the vines as well.) 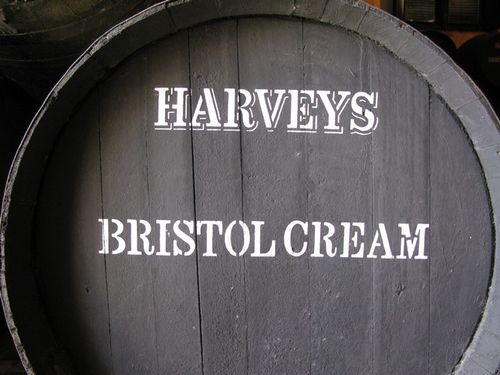 (At the bodega, the famous Harvey's Bristol Cream.) 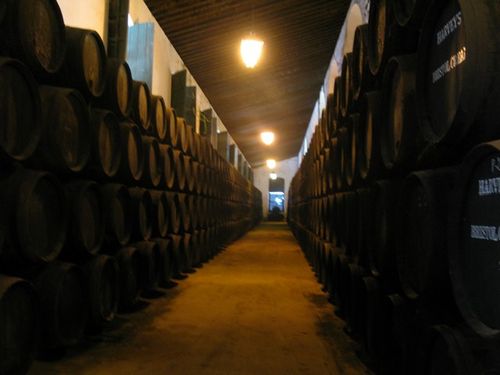 (Barrels of sherry at the Harvey's bodega.) 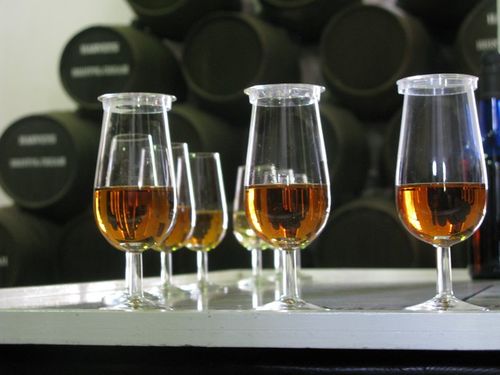 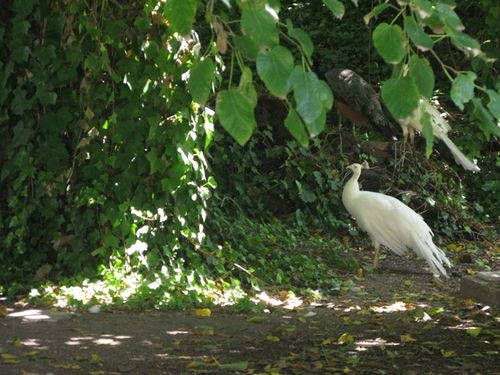 (The grounds at Harvey's are filled with animals like albino peacocks and...) 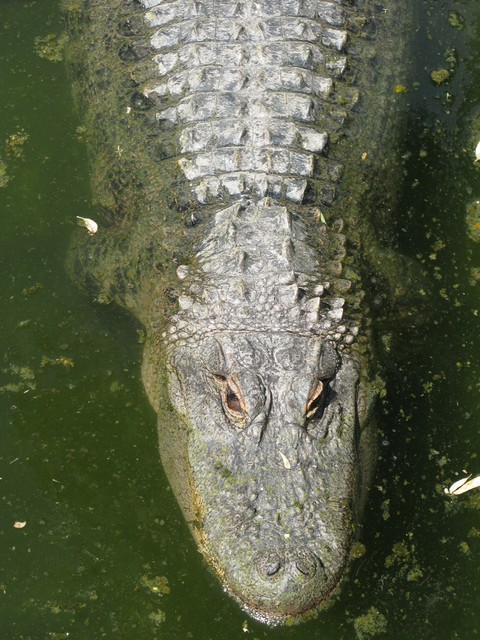 (a pair of alligators.)