In September 2010 I visited several sherry bodegas. Here are pictures and a few notes from Bodegas Hidalgo La Gitana, which is located in Sanlucar de Barrameda. 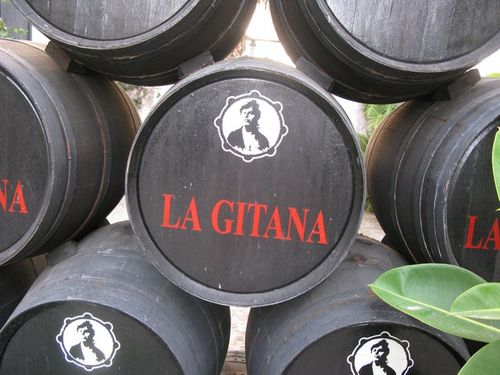 (La Gitana is their most famous brand. It's a manzanilla; similar to fino but aged in Sanlucar.) 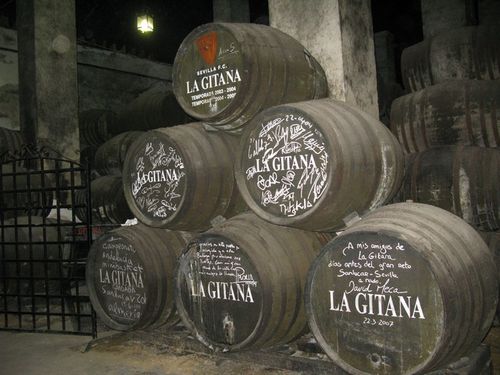 (The bodegas were wonderfully old, moldy, and dusty.) 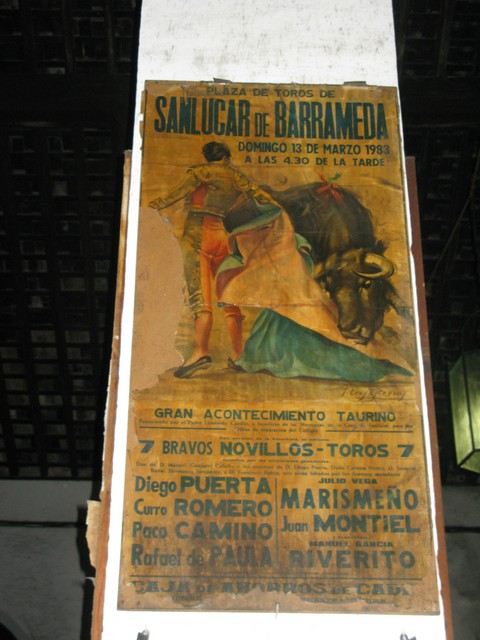 (One of the old bullfight posters taped to the wall in the bodega.) 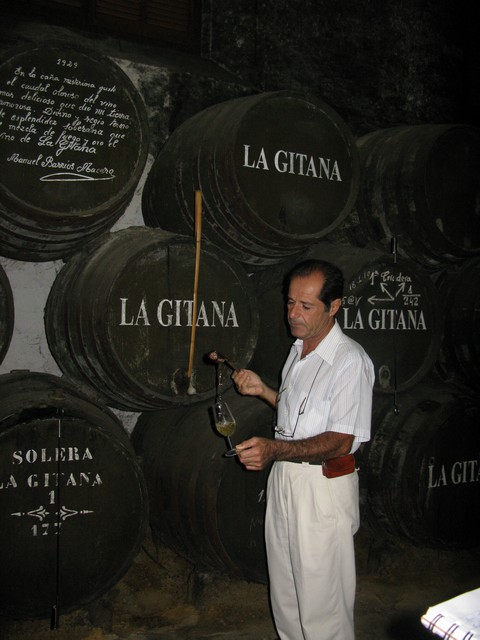 (Our host, a curmudgeonly sort who basically disagreed with everything we learned all week. We liked him anyway.)