In September 2010 I visited several sherry bodegas. Here are pictures and a few notes from Bodegas Lustao. 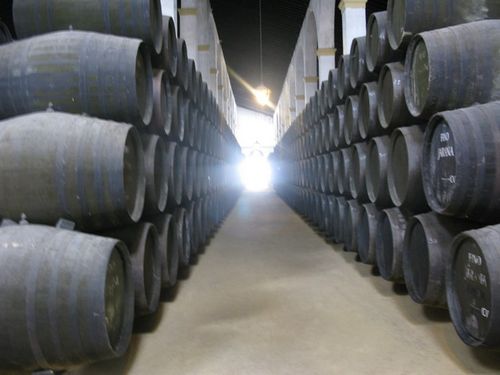 (Barrels in the Lustau bodega.) 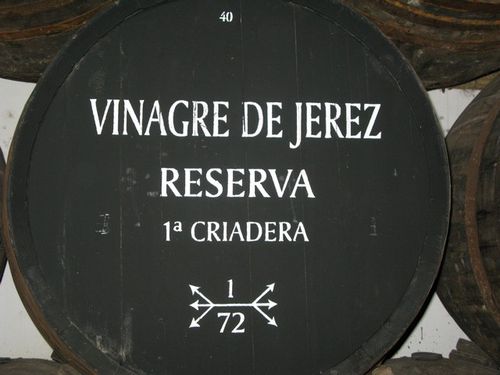 (The vinegar aging room smelled heavenly. I'd love to go back and just study vinegar.) 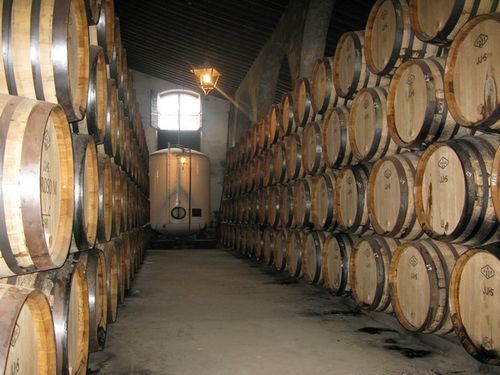 (These new casks are being prepared for Jameson Irish whisky that is aged in ex-sherry casks. These casks were not part of the solera system- just the wine in them. They hold sherry that absorbs into the wood. The sherry is then distilled and not used for sherry.) 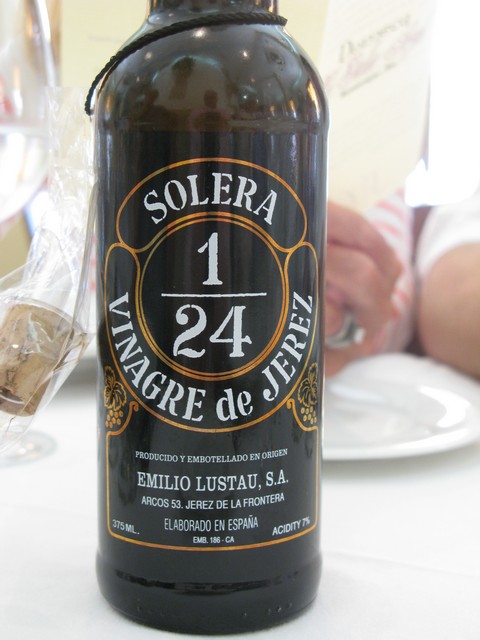 (At lunch afterward, we drank Lustao sherry and had Lustao Vinagre de Jerez on a few dishes.)