In September 2010 I visited several sherry bodegas. Here are food pictures from the area.

Food in the sherry region is all about seafood and Iberian ham, all served tapas-style. I think the meat eaters on my trip must have had ham ten different ways. 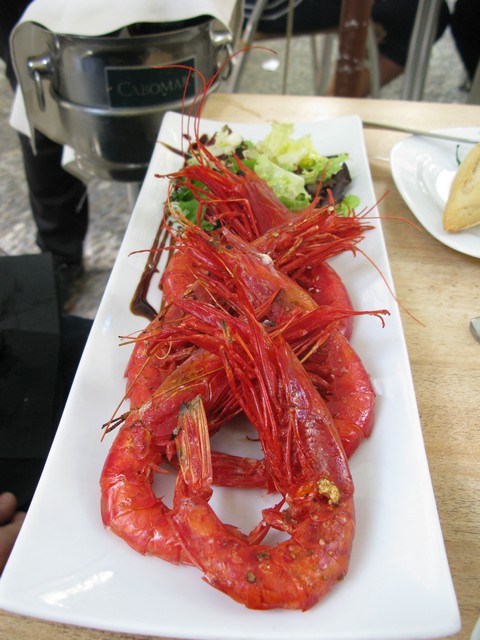 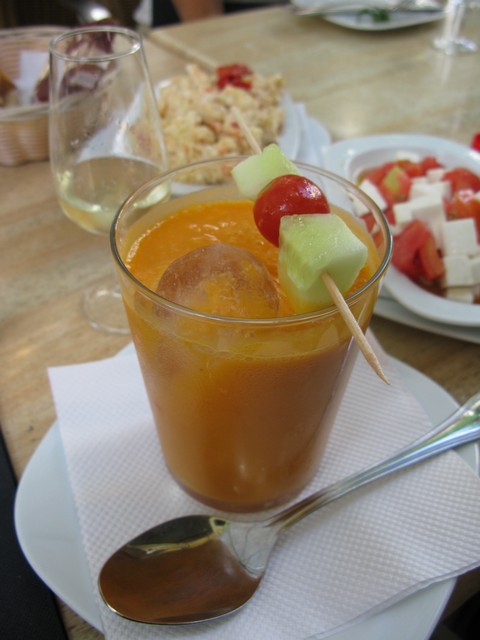 (Mmm, gazpacho. I had tomatoes about 15 different ways.) 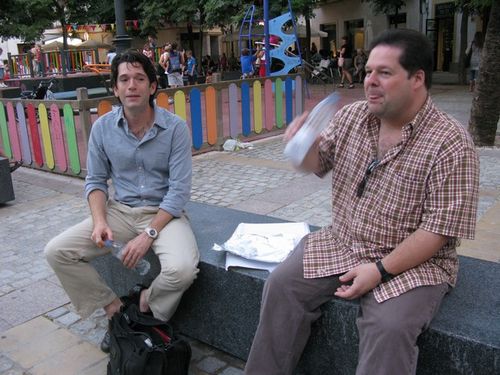 (Two of the writers on our trip, sweaty and crazed, post-hamgasm.) 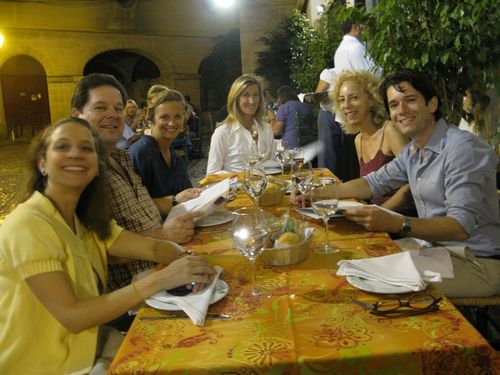 (Eating outdoors in Jerez. This was before the 40 or so plates of tapas arrived. I focussed primarily on the sherry.) 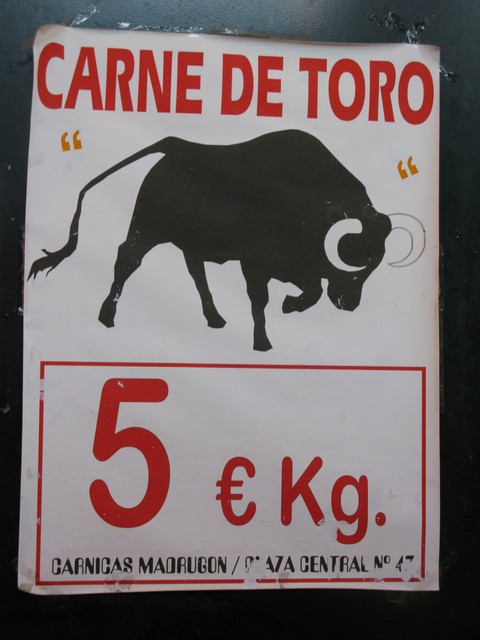 (Bull meat in the market.) 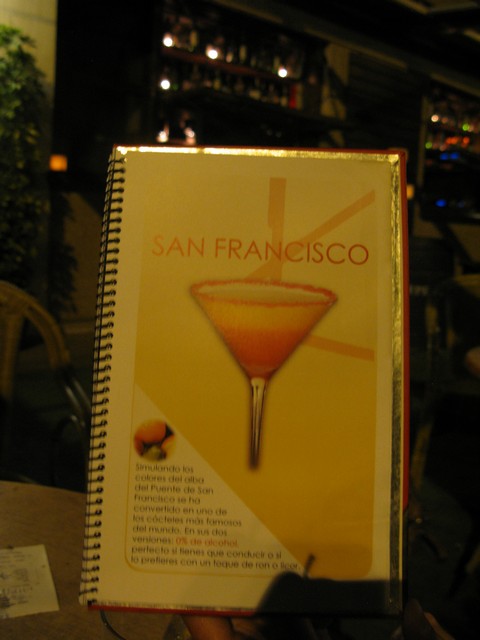 (A nightclub near our hotel serves a San Francisco cocktail. It shows how much they know about San Francisco: It's non-alcoholic.) 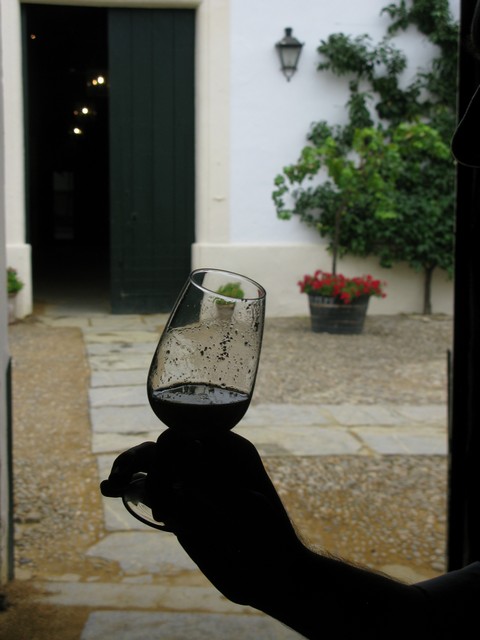 (And one more sherry picture to wash it all down.)