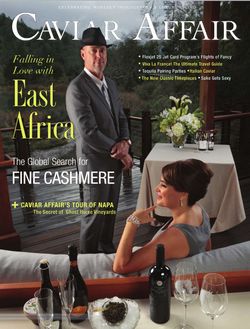 Another magazine I write for that is not usually online is Caviar Affair, for which the tagline is, "Celebrating wordly indulgences and luxury living."

That's so *me*, right? Actually it really is, except that other people indulge me in the luxury to which I've become accustomed.

Anyhoo, they did put the new issue online. Unlike much of what I write for other publications, there is a definite emphasis in my stories for this magazine on stuff that you can buy, rather than, say, ruminations on flavor combinations and the deeper meaning of cocktail culture.

The whole issue online is here.

For this issue I wrote some stuff on vodka, some on rare scotch, a bit about my trip to Guatemala, and information about some new cocktail bars. 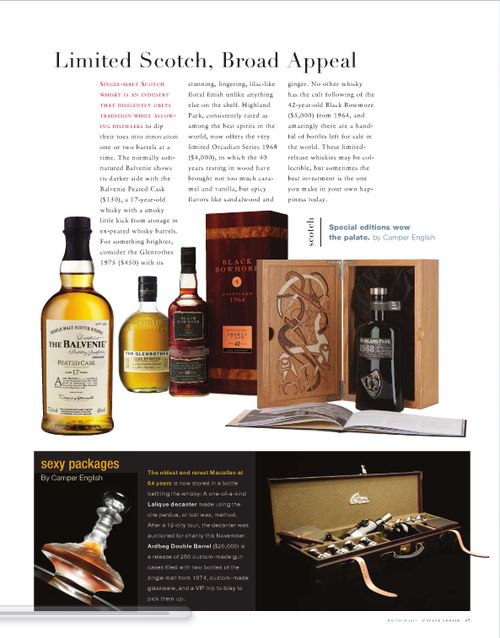 nice pieces Camper, in an over the top, beautiful magazine.

I'm intrigued by your colleagues article on pg 41, what exactly makes the Martinez unique to Absinthe? Is the Dulin vermouth a previously unknown gem? and not a typo of Dolin....

Sound like errors to me. That's what you get when you don't let me write the whole magazine!