Sherry is to Tequila as Vermouth is to Whiskey

Sherry and tequila are showing up together on more and more cocktail menus. I wrote a story about that in the Sunday, February 20th San Francisco Chronicle. 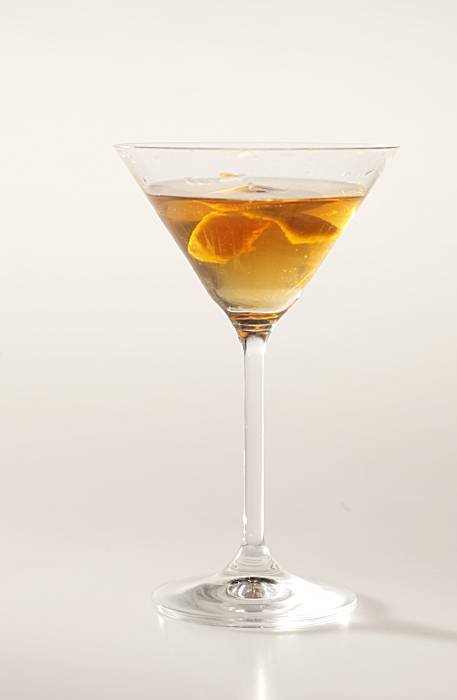 More drinks including Tequila and Sherry
Camper English, Special to The Chronicle

Sherry and Tequila are having a love affair. Bartenders are using more of each ingredient lately, but increasingly you'll see the two sneaking off in a drink together, canoodling in a corner of the cocktail menu.

One of the first outward signs of this attraction came in the form of La Perla, a drink created several years ago by beverage consultant Jacques Bezuidenhout, which is still on the menu at Bourbon & Branch. The cocktail contains reposado (lightly aged) Tequila, manzanilla Sherry and pear liqueur.

A not-too dissimilar flavor combination has popped up recently. At the Hideout at Dalva, a tiny backroom cocktail bar in the Mission District, Josh Harris serves the Del Rio. The drink is made with blanco, or unaged, Tequila, fino Sherry, St. Germain elderflower liqueur, plus a dash of orange bitters and a grapefruit zest.

At Gitane, the Sherry-centric Claude Lane restaurant, bar manager Alex Smith and two other bartenders collaborated on a drink called the Flor Delice, made with reposado, manzanilla, St. Germain and orange bitters, plus maraschino liqueur.

In New York, this combination shows up yet again on the menu at Mayahuel, a bar dedicated to Tequila and mezcal. The Suro-Mago uses blanco, manzanilla, elderflower and orange bitters, and adds a rinse of mezcal to give it a smoky touch.

Read the rest of the story and get the recipe for the Del Rio, a simple and delicious drink.

So are we to assume that Manzanilla is the front runner here, with Fino being a distant second? What of Amontillado, or Creme (Pedro Ximénez)? I've made several cocktails with these sweeter varieties.

I think manzanilla and fino are similar in cocktails and people just use what they can find. I've seen more amontillado/oloroso in cocktails than all the other styles of sherry, actually.

Another great post/article Camper. I've become a huge fan of sherry in drinks and I have recently seen it paired equally with whiskies and with tequila. I sampled a fantastic cocktail recently off the Lani Kai menu (in NYC) that matches up tequila with sherry, rum and averna.