The House of Angostura was in the bitters business since 1824, but didn't enter the rum business until after their move to the island of Trinidad in 1875. At first they were dealing with bulk rums rather than distilling their own, but in 1945 they purchased their own distillery. It wasn't until the 1960s that the profits from rum outsold those of bitters. In 1973 they purchased the Fernandes Distillery located next door and incorporated those brands (including Vat19) into their production. 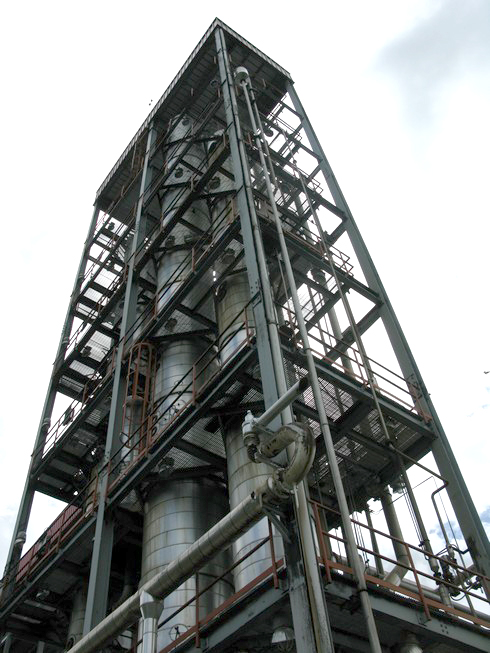 Currently all the products are made on enormous column stills. They say they've been experimenting with some pot still stuff, but they're not making anything yet. 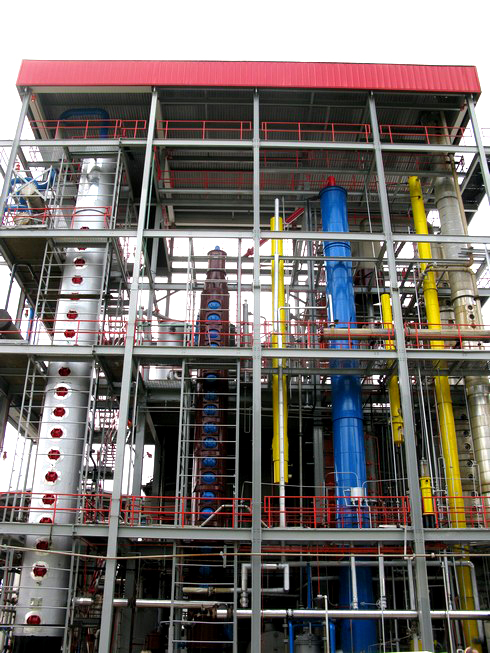 No sugar has been produced on the island since 2003, so all the molasses to make these rums is purchased on the open market. (10Cane, which is also made on Trinidad but I don't believe at this distillery, uses some fresh local sugar cane juice in their rum blend.) We tastes molasses off the grate where it is poured into the system- it reminded me of old-style black licorice. 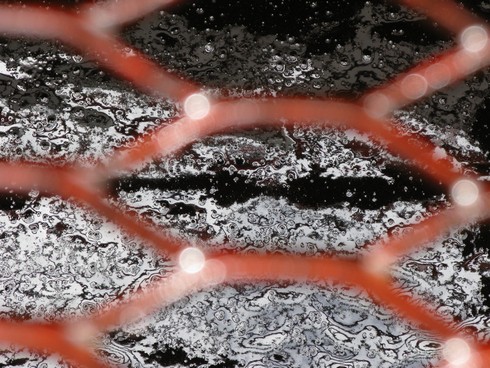 (Grate through which molasses is poured.)

For different rum products made at the distillery they use different strains of yeast. Their barrels are ex-bourbon barrels. These are reused to age rum three times before they're discarded or recycled. We weren't allowed to enter the aging warehouse as they said it's a bonded property. From outside, it didn't look nearly big enough to age all the rum produced here, but they said it's their only aging warehouse it turns out they have five other aging warehouses also. 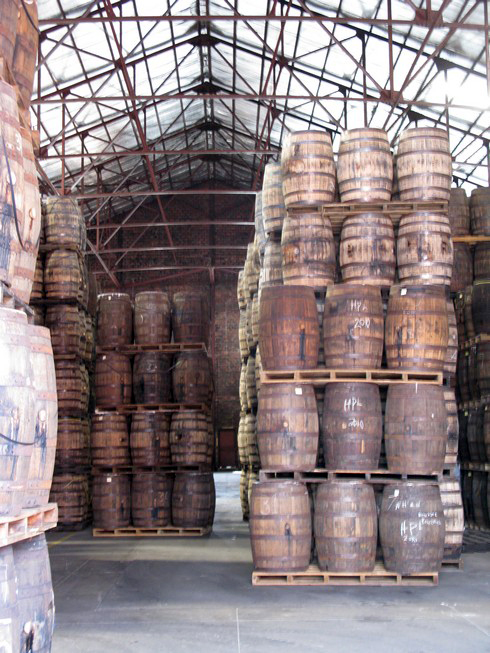 For further reading, I suggest Ed Hamilton's write up on MinistryOfRum.com.

The Line of Rums

After the distillery tour we did a tasting of some of the rums with Master Distiller Jean Georges. Oh, by the way, the line of Angostura rums is finally coming to the US soon, and they are tasty. 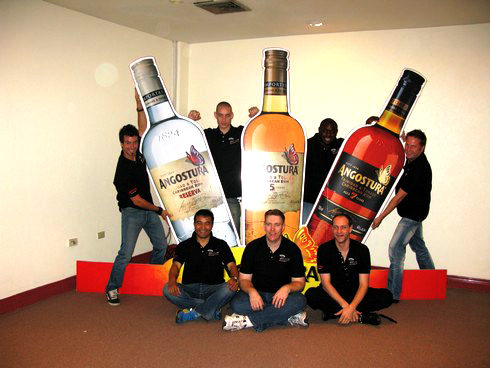 The 3-year reminded me (keep in mind my tasting notes aren't supposed to make sense to anyone but me) of the insides under-ripe banana peels, with a soft creaminess that wasn't too vanilla-y.

The 5-year, interestingly, is actually filtered to remove some of its color. It has the caramel-vanilla notes you'd expect from a rum of this age, but with a nice fuzzy texture. I was also picking up a lot of notes of liquid limestone. The finish had some mint/oregano spice to it and it was just a touch tannic. 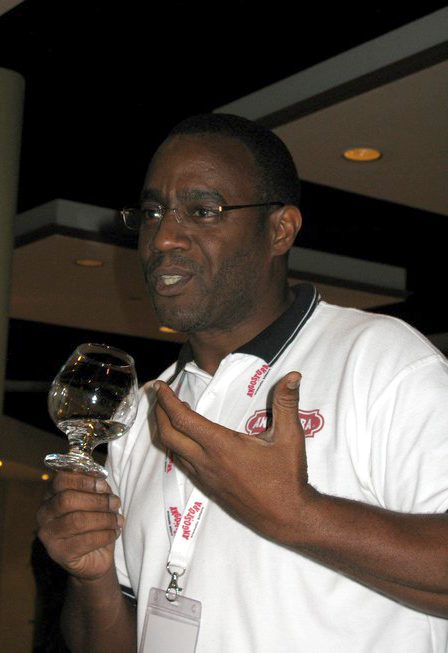 The 7-year rum is actually the 5-year rum which is blended and then put back into casks to marry for 2 years. The nose is all warm caramel apple and cheesecake pie crust on this one, with a spicier mouth with notes of peppermint. It's also oily in texture and slightly ashy.

One thing Jean Georges said about all of their rums is that they have a short finish. "None of our spirits overstay their welcome. They do their thing and move on, leaving you to want another sip." 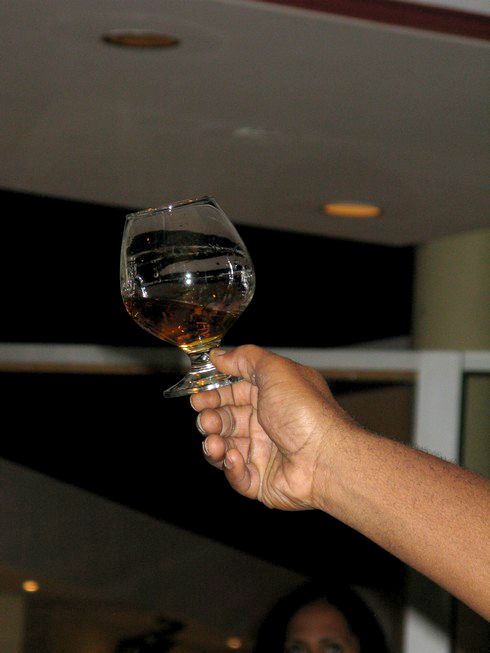 I am not sure if their "single barrel" is coming to the US or not, but I enjoyed drinking that during my visit. Most of the time I drank that or the 7-year-old. When I wanted a mixer, I'd mix it with their soft drink Lemon Lime & Bitters, locally known as LLB. (Note to Angostura: you should consider bringing this to the US also in select markets.)

Angostura also produces Zaya rum, The Kraken spiced rum (according to MinistryOfRum), Vat 19, and White Oak (which is very popular in Trinidad).

Another great piece Camper...keep them coming!!!

I.come from n Ireland and I have been drinking vat 19 for 50 years now u.have suddenly stopped suppling n.ireland i.cant get vat 19 any where im 77 years where am i.going to get vat19 what other rum is similar to vat19 help me