Battle of the Tequileros at Tres in San Francisco

Last night was the Battle of the Tequileros at Tres Tequila Lounge & Mexican Restaurant in San Francisco, co-sponsored by Herradura. Ten bartenders entered but one was crowned winner and took home the $2000 prize. 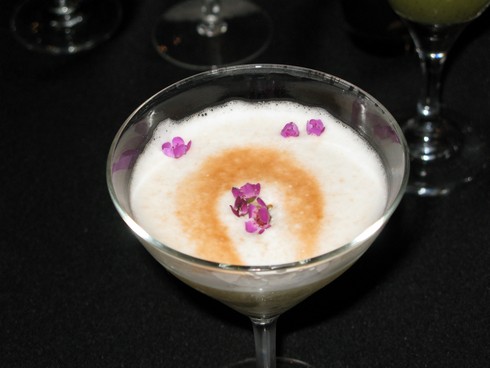 To see the bartenders, the drinks, and the winner keep reading below. 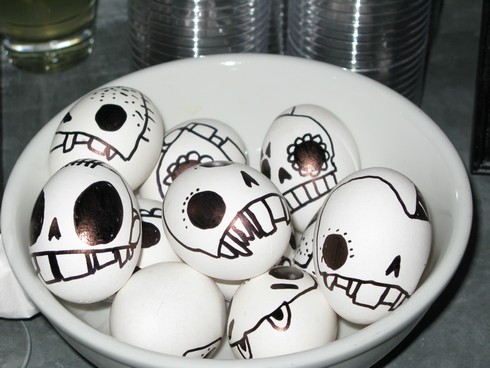 Michael Callahan of Azul, fresh off the plane from New Zealand for another cocktail competition, decorated his eggs that went into his drink called the "Ay Popi." It was made with Herradura blanco, tawny port, Domaine de Canton, cane syrup, lime juice, pickled jalapenos, egg whites, and Peychaud's bitters. It was creamy delicious. 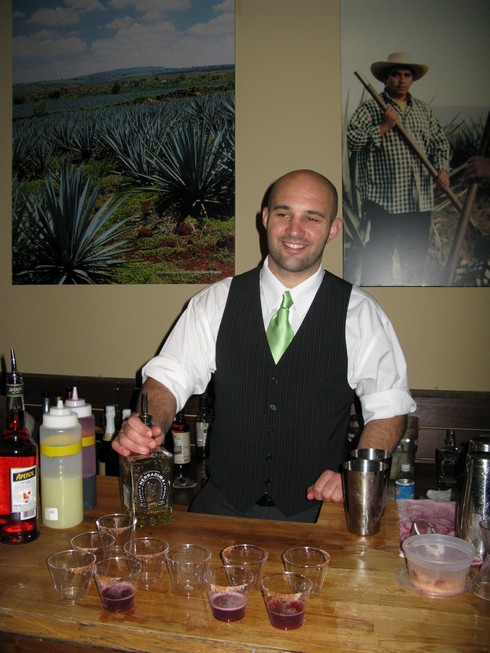 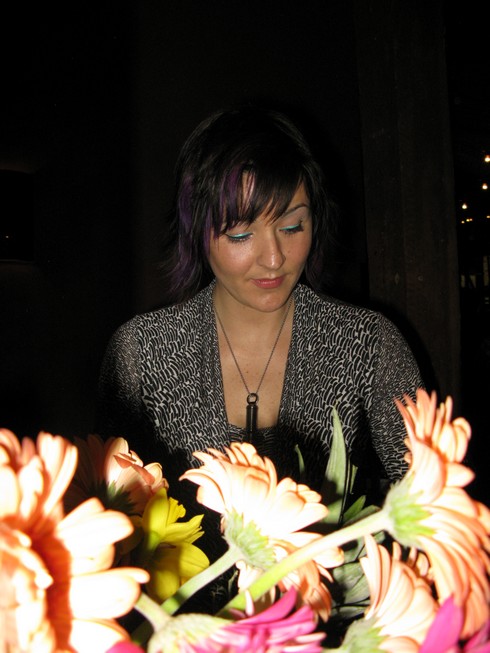 Jessica Maria of the East Bay's Hotsy Totsy Club created "Unicorn Tears" with Herradura anejo, sherry, pineapple vinegar, and absinthe. I loved the vinegar and absinthe combination in the drink. 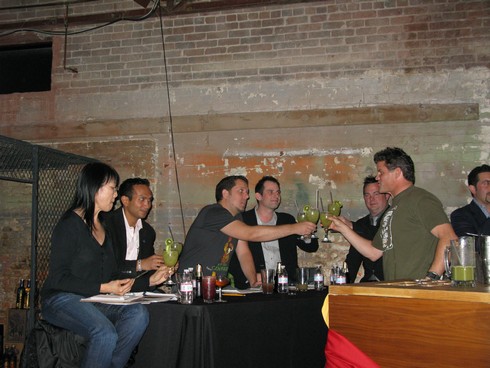 John Giuffre of the John Collins Lounge made the "Abreojos" with Herradura silver/blanco, kiwi, lime, mint, and green Tabasco sauce. It had a rim of chile, salt, and sugar. It was quite spicy and refreshing and as you can see, very green. 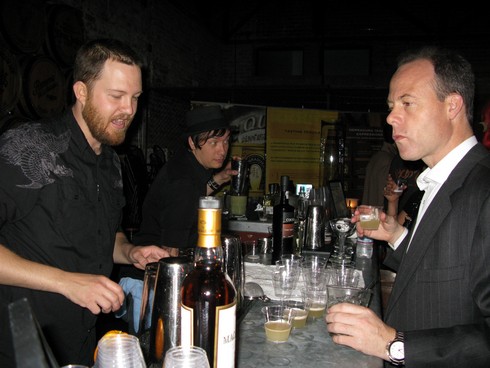 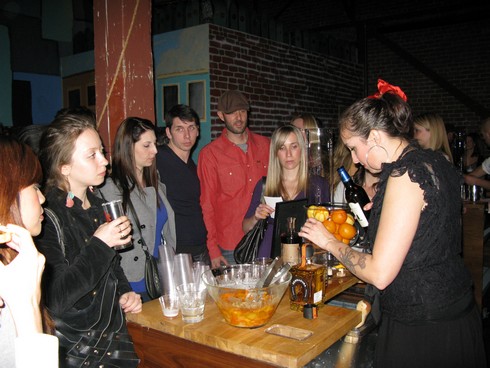 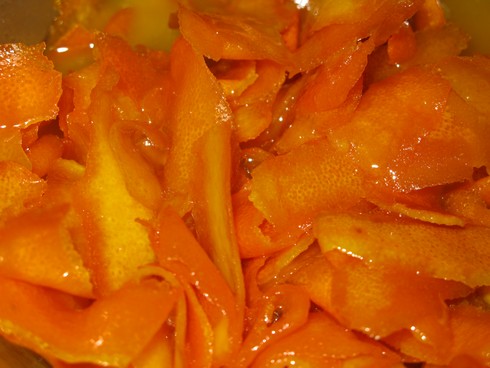 The oleo saccharum is just orange peels mixed with sugar and left out for several hours. The sugar draws out the oils from the peels. I liked this drink as it went from tequila to sherry to coffee in one swallow. Well-played. 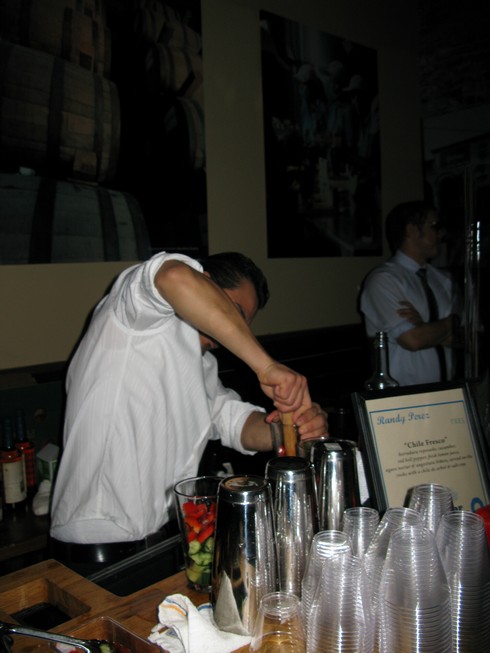 Randy Perez, also of Tres, muddled the heck out of cucumbers and red bell peppers to create the "Chile Fresco." It also included Herradura reposado, lemon, agave, and Angostura bitters. It was served with a salt/chile rim. Perez won the crowd favorite award - he had the most and loudest fans. 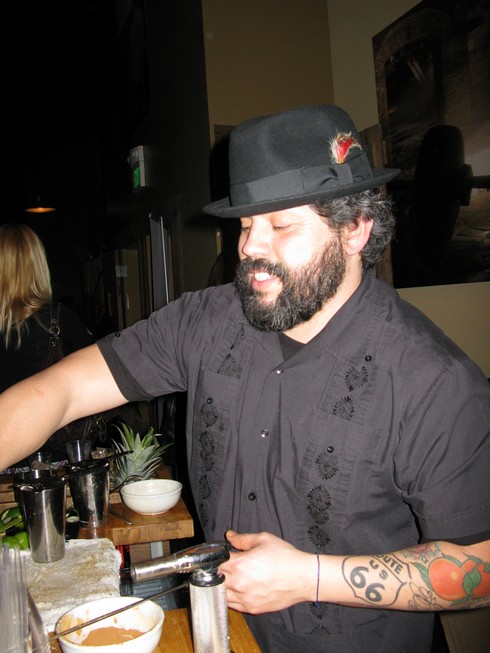 Dominic Venegas of 83 Proof made the "Flaming Cholo" with Herradura blanco, pineapple, lime, cinnamon syrup, and curacao. It was garnished by flaming cinnamon and cayenne on top of the drink. Venegas was second runner-up in the competition. 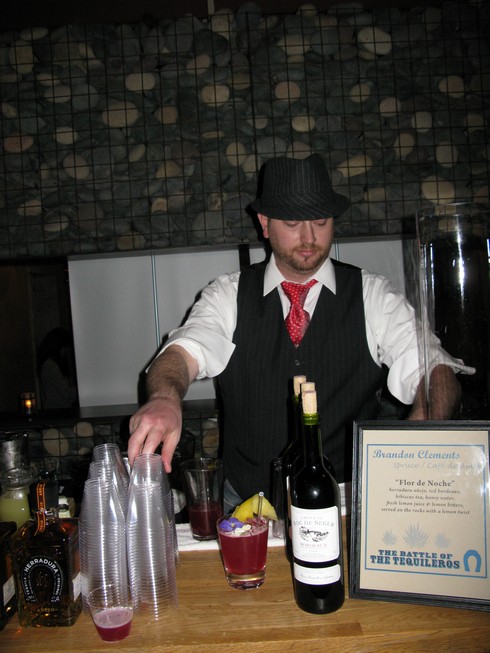 First runner-up was Brandon Clements of Spruce, the Village Pub, and Cafe des Amis. His drink was called the "Flor de Noche" and it was made with Herradura anejo, red Bordeaux wine, hibiscus tea, honey, lemon, and lemon bitters. He said he created the drink to pair with steak. 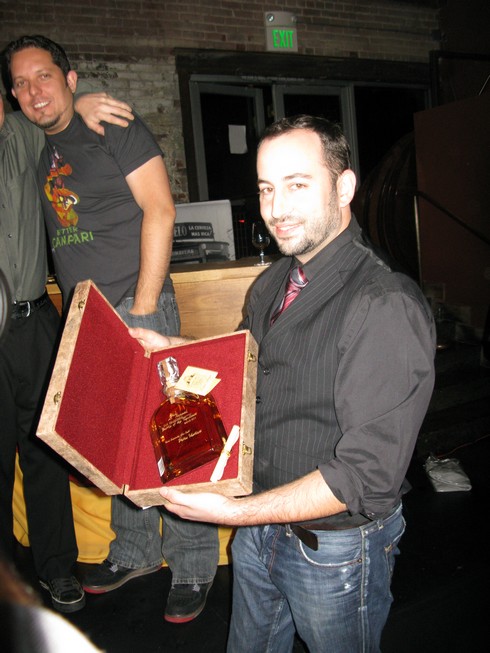 Peter Vestinos of Long Bar! His drink the "Dry & Dusty" was made with Herradura anejo, sweet vermouth, raspberry liqueur, lime, agave, egg white, and lemon bitters. He sprayed a horseshoe stencil on top of the drink - it's the first picture in this post.