To get into The Wilson, also known as the Wilson and Wilson Private Detective Agency, you make a reservation and enter at the main door of Bourbon & Branch. You're escorted through the bar to a locked interior room near one of the bathrooms.

Inside you're given an envelope that contains the menu, which is split into Aperitifs, Mains, and Digestifs. You can order drinks a la carte at $12 or get one from each category for $30. There is also a small section for punches that are served out of a teapot for $40. 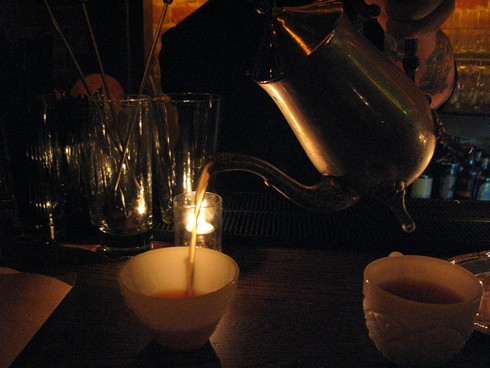 Many of the drinks contain homemade tinctures and bitters like sasparilla infused aromatic bitters, black pepper tincture, and cinnamon infused orange bitters. They also plan to keep the menu fresh and rotating frequently with bartenders Jayson Wilde and Ian Scalzo on the case. 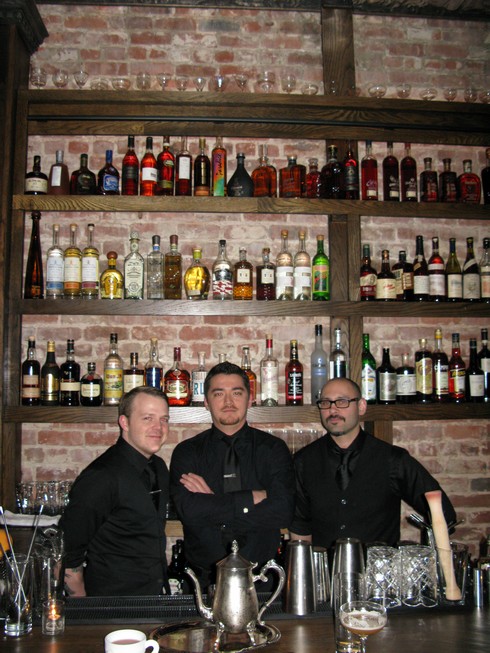 I had the Phantom, made with clove infused cognac, Stranahan's whiskey, Cocchi Aperitivo, lemon, cacao and vanilla syrup, and orange bitters. So good. I also had the Dark City, one of the punches made with mezcal, Zacapa rum, lime, Benedictine, pineapple gomme syrup, Cherry Heering, vanilla infused Angostura bitters, and a beer float. 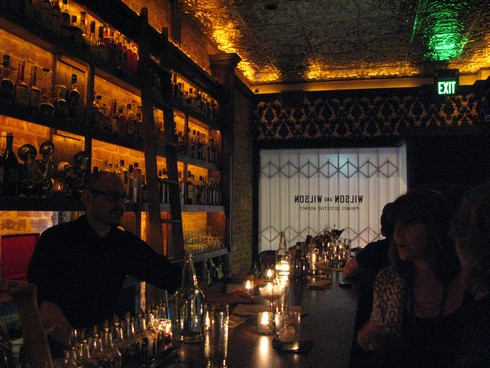 One of the goals of this room is to have some space where bartenders can interact with customers more, unlike the main bars where they're so busy making drinks they barely have time to look up. Here I think they're staffing two bartenders and a server for just this small room. So in a way they're getting back to the limited-capacity bar that Bourbon & Branch was supposed to be in the first place. Wow, this is a great idea! Kudos to Jayson and company for getting this going. I can't wait to visit.

going next week, can't wait to check it out.

So cool. I loved my first experience there, but can't wait to go back and try out the new concept. $30 is a steal for the craft that goes into those drinks.

I went last night (their first official open night). Drinks were quite fantastic, but there are some kinks that will have to be worked out before I'll be satisfied with the entire experience. Rather than go into details about what didn't work, I'll give them some time to settle in and fix a couple things before I do any public ranting. Hopefully they listened to the feedback they asked for. We'll see.

We were just there tonight & tried almost everything on the menu. Loved it! Drinks were delicious (particularly the Charlie Chan & Pinkerton), and the $30 pre fixe is a fabulous deal. My only complaint is that the stools need foot rests.

Or you just look the address up on google and knock on the front door until they open it ;)