Luckily on my recent trip to Trinidad we didn't spend the whole time inside the distillery. We took our rum to go and this is what we did.

The only bar I was able to visit was Shaker's, on my first night on the island. It was an indoor/outdoor place with lots of Angostura branding and food. 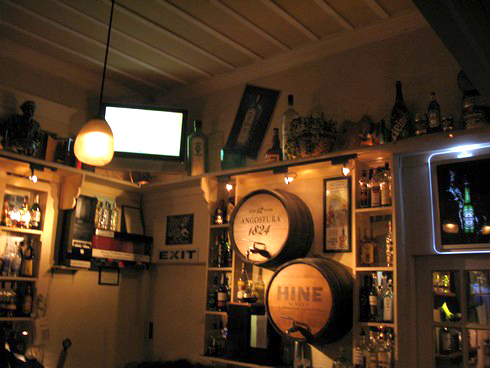 One street food in Trinidad is Doubles: taco-sized bread with Indian chic peas. I added hot pepper sauce to mine - and every time after that. So good. 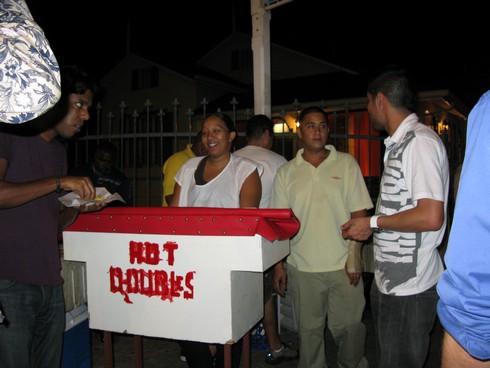 The night after our distillery visit, we went to a welcome party at Wayne Yip Choy's little house by the water. 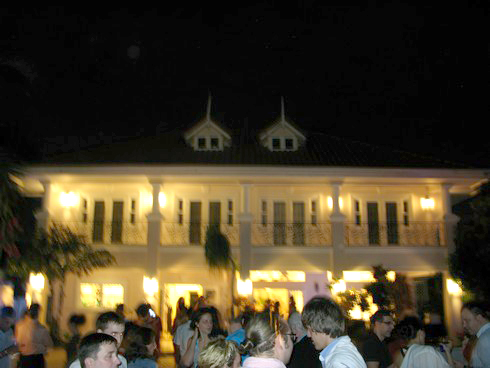 There they gave us a Carnival preview with stilt-dancers, 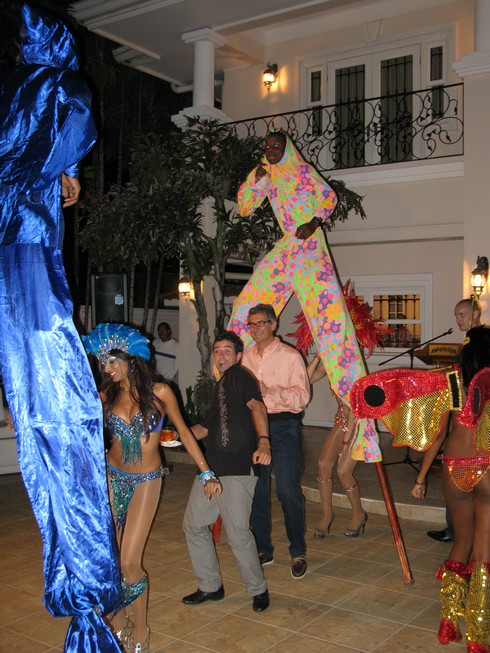 and the requisite bevy of beautiful babes in butterfly wings. 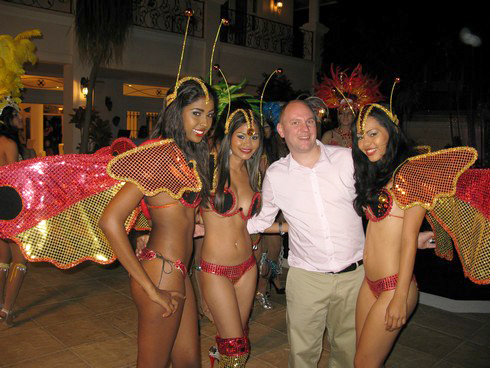 The next day the journalists took a trip to the beach. Trinidad, unlike most Caribbean islands, doesn't need your tourist dollars: it is an oil-rich nation. Port of Spain is the large city on the island, and all the big hotels are business hotels, not resort hotels. Residents of Trinidad (at least where we were) live in the city then head to the beaches on the weekends. 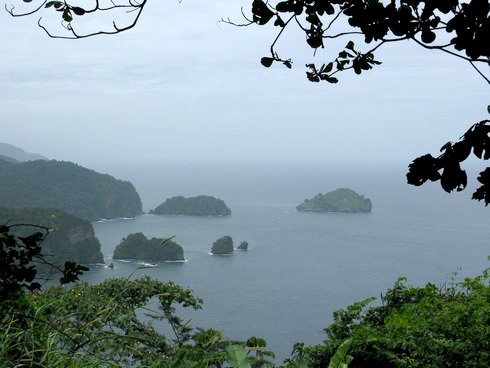 On the way there we stopped at a coconut stand to drink fresh coconut water from the shell. They split it over with a machete then hand you a straw. After you drink the water they'll split the coconut open you can eat the white meat. I tried it and the texture was very clingy and slimy like an oyster. 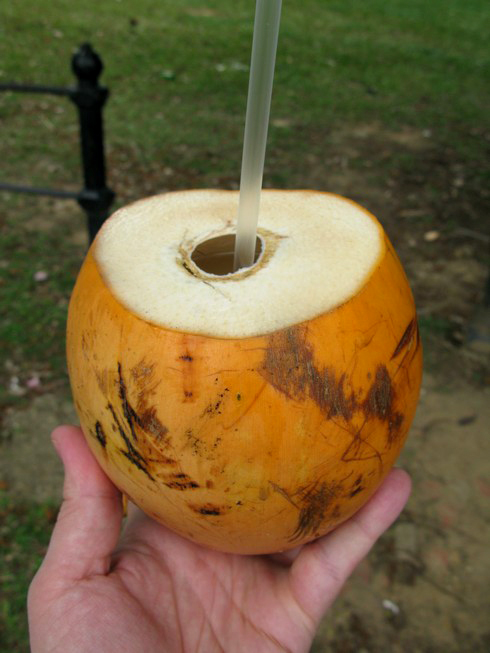 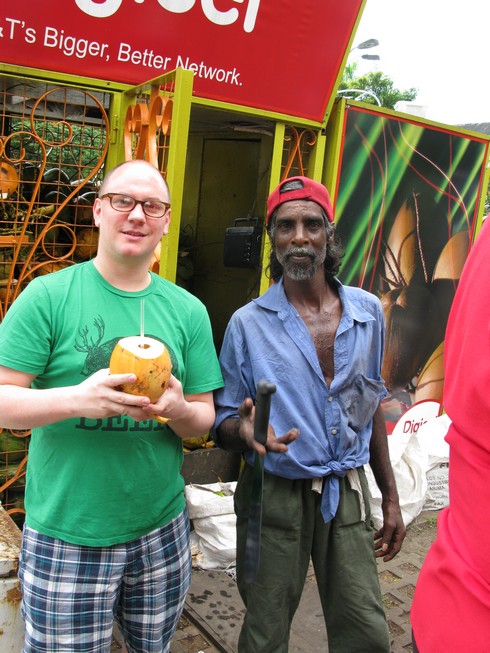 When we got to the ocean - a little under an hour drive over a windy mountaintop road- we had a great time by the ocean. We were at Maracas Beach, apparently one of the most popular. The waves are really fun to bodysurf on.

The local delicacy is Bake 'N Shark, pronouced like "bacon shark" and sometimes called Shark 'N Bake, but meaning fried shark. Shark apparently is an inexpensive fish so this is a cheap-ish snack. You eat it like a hamburger with a big station of sides and sauces. 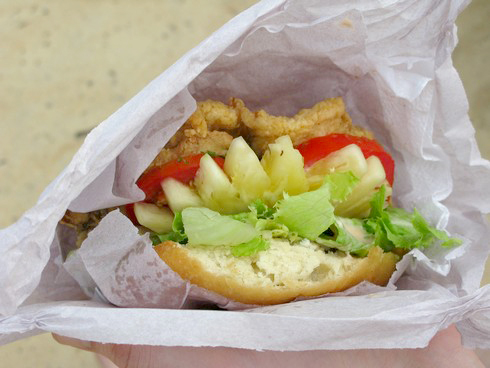 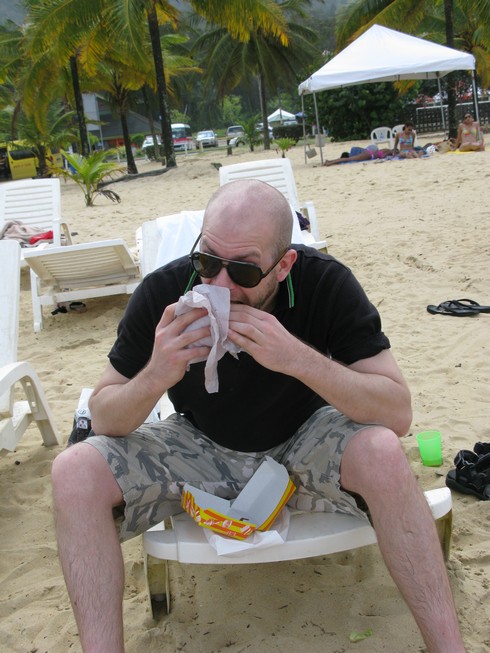 As a vegetarian I did not partake of this delicacy. Most of the time I ate roti and other Indian foods, which were available at pretty much every meal. But one snack I tried on the beach was this fresh pineapple in a mild pepper marinade sauce. It was amazing and I want to learn to made the marinade at home. 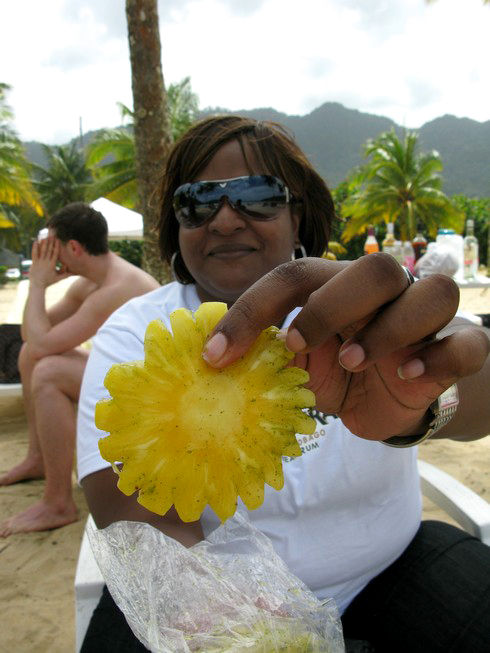 Later that night we took in this massive steel drum competition called Panarama. It was in a giant stadium and the bands were massive - the "medium" sized bands probably had 50 people in them. After the Angostura Global Cocktail Challenge competition the next day, we went to a pre-Carnival party at Brian Lara's house. Brian Lara is a famous cricket player from Trinidad, and from the size of his house and property a very rich one too. There things just got goofy. 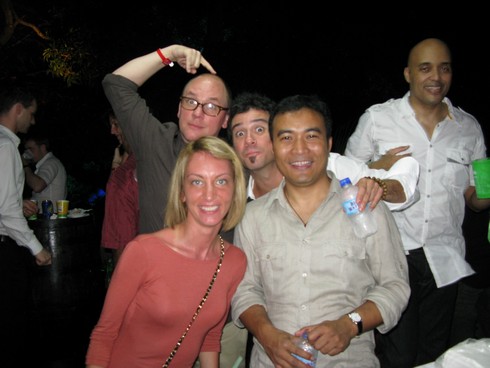 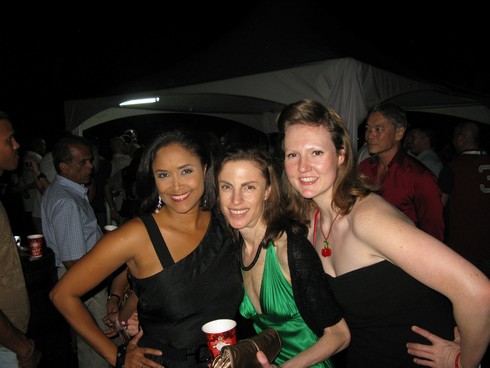 And then it was time for me to leave early the next morning. Thanks much to Angostura for hosting a fantastic trip. When you invite me back (hint, hint) I'll make sure to stay for Carnival. If it's anything like the warm-up, that is one heck of a party.

Great, I am so happy you had a hell of a good time in Trinidad