Zen and the Art of Bartending

This week I flew down to LA to attend the Pioneers of Mixology, a day-long seminar put on by Pernod-Ricard. We were given talks by Dushan Zaric (Employees Only, NY), Aisha Sharpe (Contemporary Cocktails), Gaz Regan (writer), Tony Conigliaro (69 Colebrooke Row, London), and Nick Strangeway (Hix, London).

Below are some of the take-home messages that I took home.

Gaz, Aisha, and Dushan kicked off the day speaking about Mindful Bartending. I'd describe the concept as happiness in your job as a bartender, reaching "the zone" feeling when you're in the weeds yet the drinks seem to mix themselves and you're smiling your way through it all- even when you're not slammed.

Beyond feeling better about your work, you're a nicer person to your customers. So rather than specific mixological skills or particular elements of service, mindful bartending is about a positive attitude. Aisha said, "If the spiritual aspect of this is not important to you, think numbers." Basically, you'll make more money when you're nice to your customers.

Some of the ways to achieve this include:

I couldn't help but think about how I can use some of this philosophy in my own work, trying to find "the zone" when sending 6 hours worth of email and not writing anything. I think it's doable.

The second talk was by Tony Conigliaro about scientific mixology. Some of the things he's been concentrating on lately include:

Last but not least was Nick Strangeway, who had the arduous task of trying to educate Californians about using local ingredients.

He made the excellent point that not only is going local ecologically good, it helps a bar center more on its local area, and hopefully restore some of the sense of the village pub as a local meeting house; the center of the community.

He talked a bit about foraging, "guerilla gardening" (spreading seeds in free space that's not your own), "yard sharing," community gardening, and made several suggestions for plants that grow well in California weather- many of them I've never heard of or seen used in a bar program.

But he also talked about preserving seasonal produce through several methods:

There are tons of great books on preserving. Now I just need to plant some things that I can preserve after they grow.

All told, this was a great day of education. 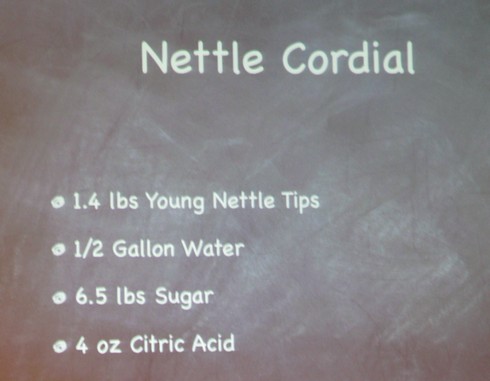 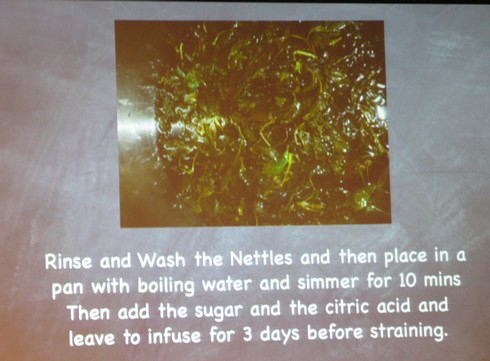 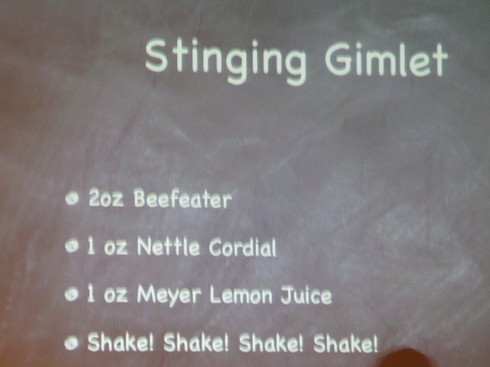 Supporting local is one of the best things we can do! I am currently on a project of trying all the local (California) beers and give my recommendations. It's a tough job but I'm up for it!

Very good information. You can definitely make more money when you are giving off good vibes, and even if you didn't your night will go that much faster and smoother. Positive thinking can go a long way to making your life so much better. I also enjoyed the scientific mixology piece, very interesting.