I'm in Barcelona for the first Bacardi Legacy global cocktail competition taking place tonight. If there is wireless I'll be live-tweeting the event @alcademics.

Last night I again took the opportunity to see some bars in Barcelona. We started at the Dry Martini Bar for the second night in a row. As there was a soccer game on and there are no televisions at the bar, it was mostly empty. Good for us! 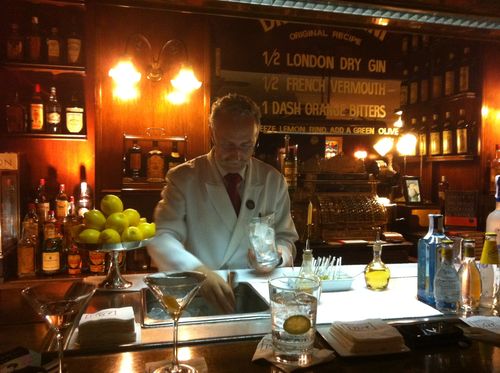 Next up was Ohla bar at the Ohla Hotel, which is run by Max La Rocca and his business partner. Max is awesome both as a bartender and as a host, so this was a great, but quick visit. 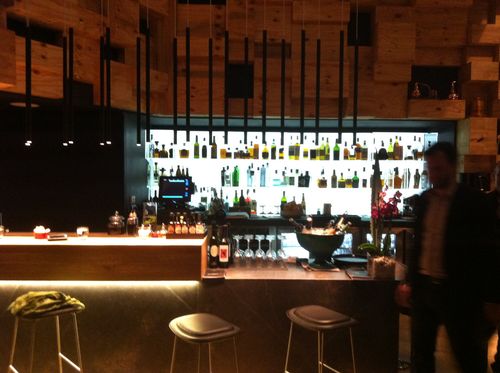 The menu looked wonderful and includes things like a smoked Old-Fashioned made with three spirits and three kinds of bitters. 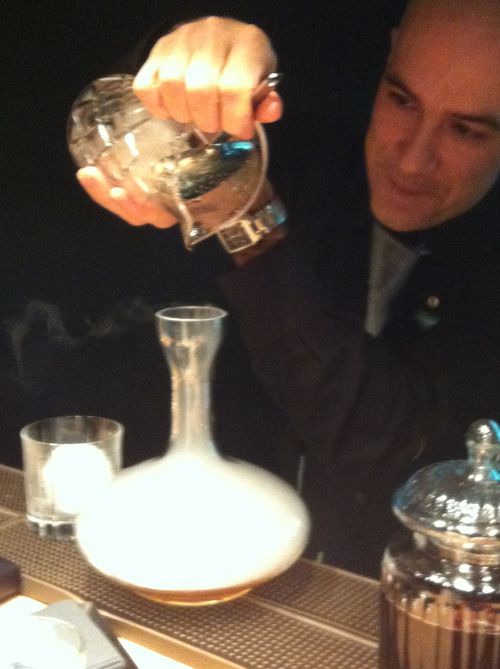 They also created a special menu honoring the event for which I'm in town. Naturally I went for the El Conde, made with Bacardi Superior Rum, Rubarbaro Zucca, Carpano Antica vermouth, and Cynar. Brown, bitter, and stirred? Hells to the yes. 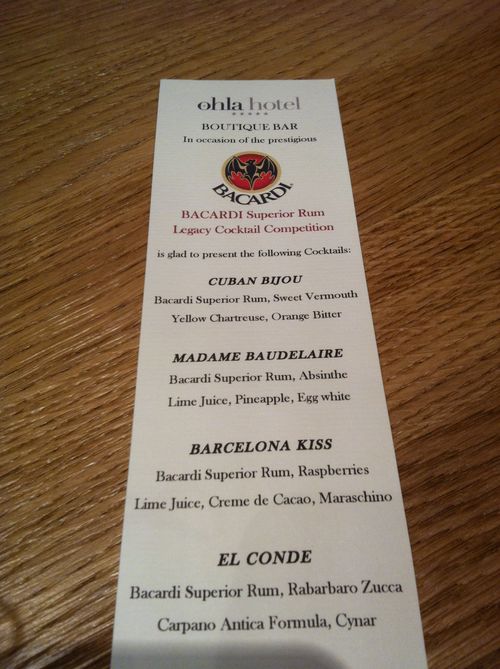 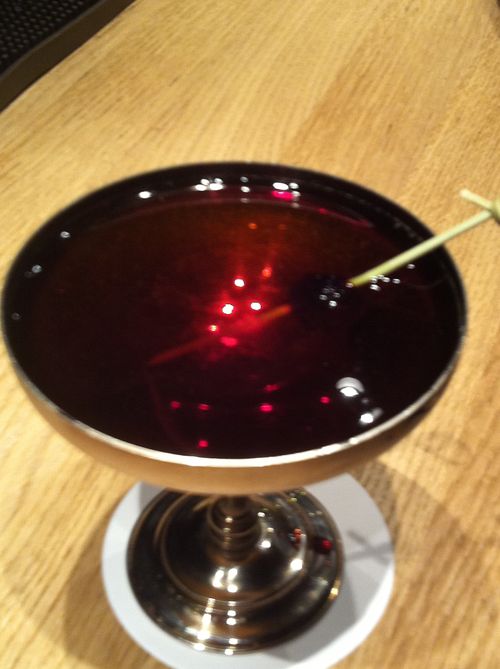 We left the bar to go to Boadas and asked Max for the address. He handed us a piece of paper with the addresses of all the other  top cocktail bars in town for just this sort of question. Class act.

Boadas is a tiny old bar with white jacketed bartenders. It is famous for a style of mixing in which they pour the drink from the shaker/strainer into another glass and back again. This aerates the drink but I don't think it made it very cold, since it spends more time in the air then it does on ice. 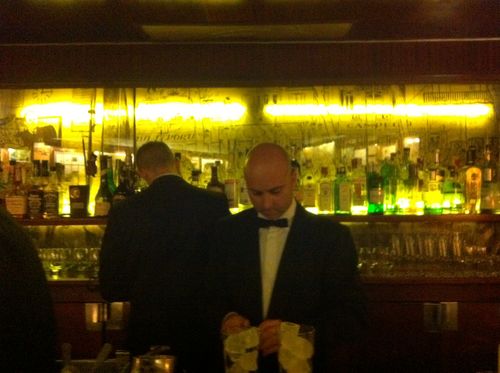 The bar was in some part of town swamped by soccer fans so the crowd was probably a little off. I had a nice and huge Gin & Tonic but we didn't stay long here.

We then stopped at the casino next to my hotel, the Hotel Des Arts, where we were out until a mere 3AM. An early night in Barcelona.

I was in Barcelona last month: ohla was at the top of my list. Boadas was great too- but they are very different bars. Have fun!