As part of the Bacardi Global Legacy Cocktail Competition, the ten competing bartenders underwent three days of education in London before flying to Barcelona for the big event. I was along for the ride.

On our first day, Alex Kratena of the Artesian Bar at the Langham Hotel gave a talk on garnish. They have an extraordinary program that he shared with us.

But since we all love ice here on Alcademics (see index of all of the ice experiments on Alcademics here), we'll start with that geekery first. At the Artesian they have two kinds of ice that are carved by an industrial CNC machine (Computer Numerical Control). The machine is located outside of the hotel and the ice is delivered to them.

The first are ice pucks with the bar's logo cut into one side of them. These are used in cocktail glasses to keep the drinks cold while consumed. You can sort of make out the script lowercase "a" in white in the Spanish Martini below (also garnished with a fish). 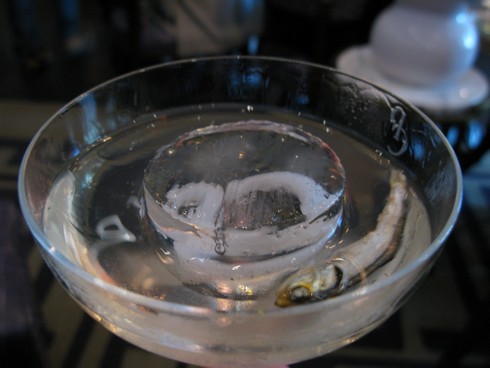 The second type is ice balls. In the picture below you can see the lines on the ice where it was carved. 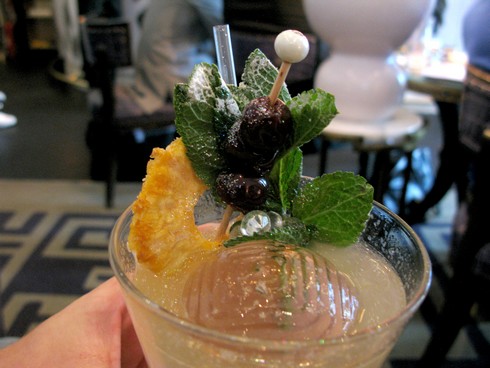 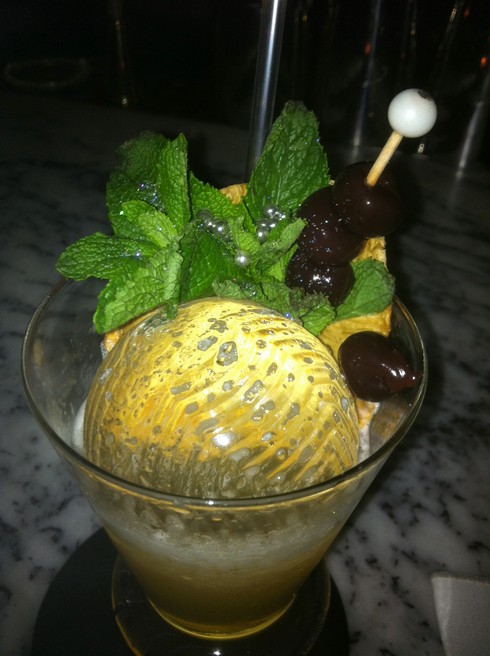 In the video below you can see one of the machines in action. The video is carving a head out of metal.

There is another video of one of these machines carving a car out of ice here.

Okay that's enough for the ice pr0n. Now onto the rest of the garnish.

In that Barrel Aged Mai Tai in the picture above, we can also see a couple of other garnish tricks used at The Artesian. They dehydrate their pineapple slices (and some other fruit garnishes) for this drink. I thought it was an odd decision, but Kratena made the good point that dehydrated fruit lasts a long time so you don't waste all the rest of the pineapple if you don't use it during your shift. 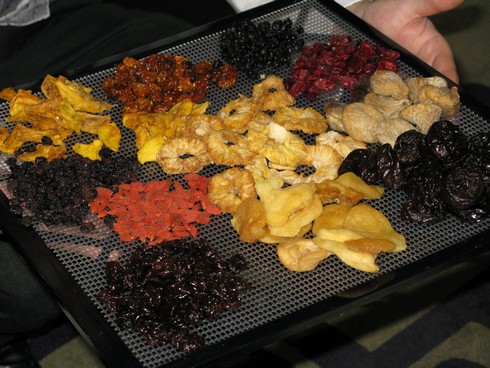 Also on the Mai Tai are candy diamonds and silver beads. They don't seem to do anything for the flavor but they look nice.

They also make one drink with an aromatic steam. If I understand correctly, they make a soda from botanicals that are in gin, then dump this over dry ice in a tea kettle. This makes it "steam" in a really cool way.

The actual drink is served separately in a glass onto which is placed a strainer of more botanicals. I think they pour the tea kettle soda over the strainer on the drink (we didn't see this part so I'm not positive). 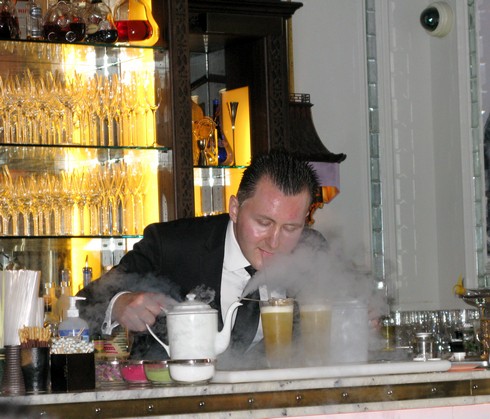 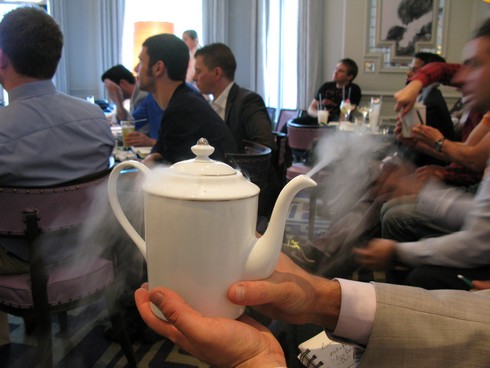 He also made some lovely improvements to the citrus peels used as garnishes on glasses. This is a small thing that costs no money that any bar could do. 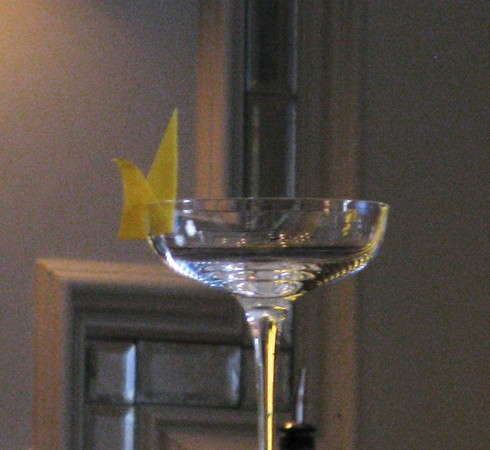 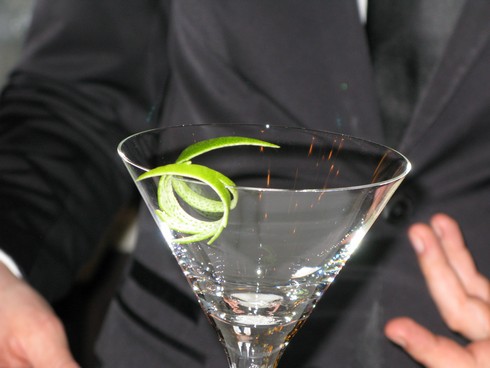 It didn't take long to realize that every drink on the menu at the Artesian Bar is put there after much thought and planning. Quite an amazing beverage program from start to finish.

Also, the drinks were delicious.

I love the look of the ice, that really must be quite something, but i wonder if having a CNC machine to a bar isnt taking things too far.
I totally agree with the dehydrated garnishes. They look cool, cost little, reduce waste and add a snack to the drink. We´ve been working with this kind of garnish here too and people always comment about it.
The citrus peels are amazing and very artistic. I can only imagine the kind of work behind it. Nice!

Are those olives in the barrel aged Mai Tai?
Is it just me or that yellow ice ball looks like there is a lemon inside it?

Clearly they're showing what can be done with a nearly-unlimited budget. The ice balls are even specifically sized to fit their cocktail glasses. I don't think there is such a thing as "too far" as long as the drinks are still tasty and the customers are willing to pay for them.

Wow. That is amazing. I love it when people go to the hardcore extreme in pursuit of their vision.

Any details on the barrel aging of the Mai Tai? I am very curious about that. Do they age everything but the lime juice or is that included?

They actually do age the lime juice in this drink, as they use wray & nephew overproof rum in it to prevent spoilage. (apparently they had it tested for safety) If I remember correctly they do add a little more lime juice at the end though.

I would also like to know more about the barrel aged Mai Tai, and i agree @Tony, it looks like there´s a lemon in the ice...is it?

I really like what they did to the citrus peels too, cool!

The Mai Tai has a dehydrated pineapple slice. The ice ball I believe is clear, it's just a reflection from the pineapple. Those are not black olives but maraschino cherries.