How to Pick Potatoes

Earlier this month I visited Cape Bjare, Sweden to learn about Karlsson's Vodka. Karlsson's is made from a blend of seven heiroom "virgin new" potatoes. This means that the skin hasn't fully developed into the brown stuff we recognize here in the States. 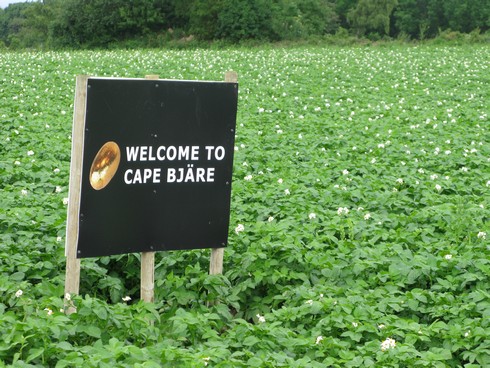 In Sweden, restaurants serve these little tiny potatoes as a delicacy (I ate my weight in them while I was there) and Karlsson's uses the slightly larger ones to make their vodka. 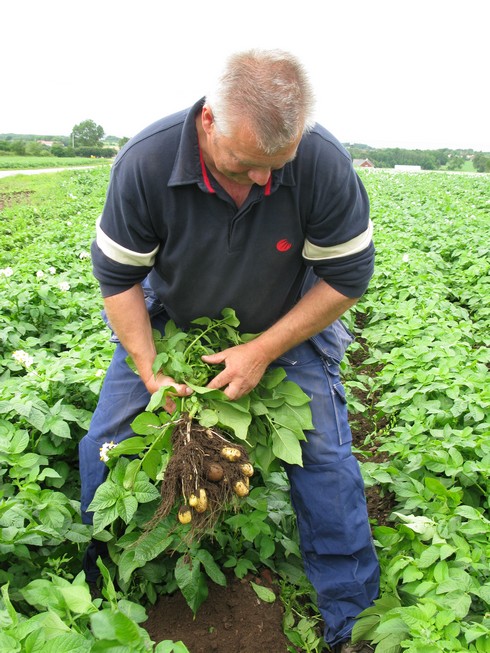 But they wouldn't let us drink it until we helped make it, so off we were to the fields to pick potatoes. 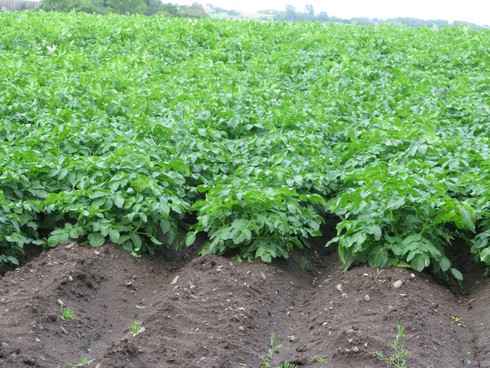 Potatoes grow in clumps, and are planted in raised mounds of dirt for easier harvest. Virgin potatoes must be harvested when the plants are still flowering.  The harvest is done mostly mechanically, but hand-sorting is required. 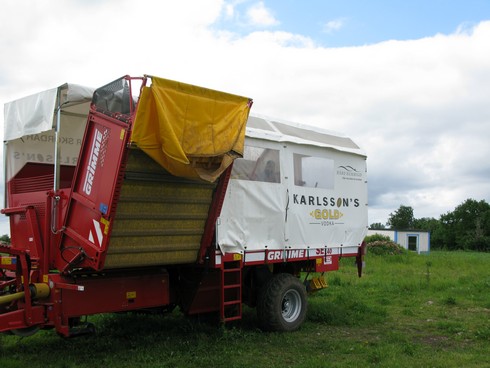 We piled into potato trucks and took on the task of sorting potatoes. The machine pulls up the clumps of potatoes, chops off the vegetation, and puts all the round things onto a conveyer belt. Our job was to pull out the undesirable round things: rocks and potatoes with brown skin. 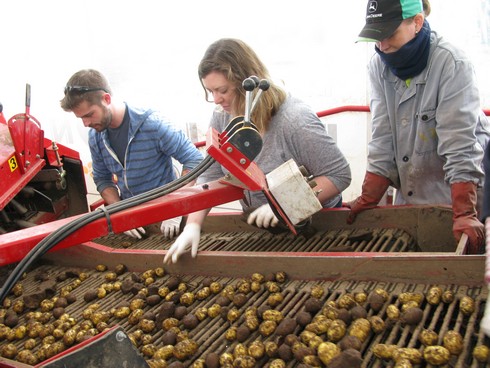 After our job was done, the potatoes were off to the cleaning plant. They are washed and buffed and sorted according to size. 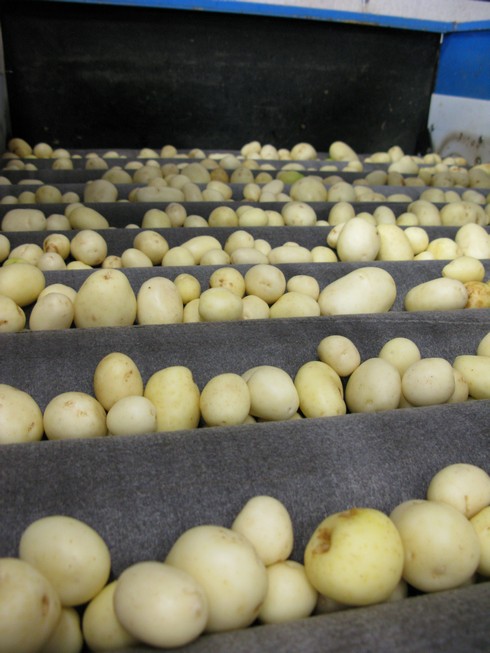 And in the case of Karlsson's, they're fermented and distilled and blended. More on that part later.

For a live action shot of potato sorting in the truck, watch the video below.