One Night in Copenhagen

Earlier this month I was in Copenhagen for one night and not surprisingly decided to hit the bars. My host was Gromit Eduardsen of the bar 1105, so naturally we began the evening there. 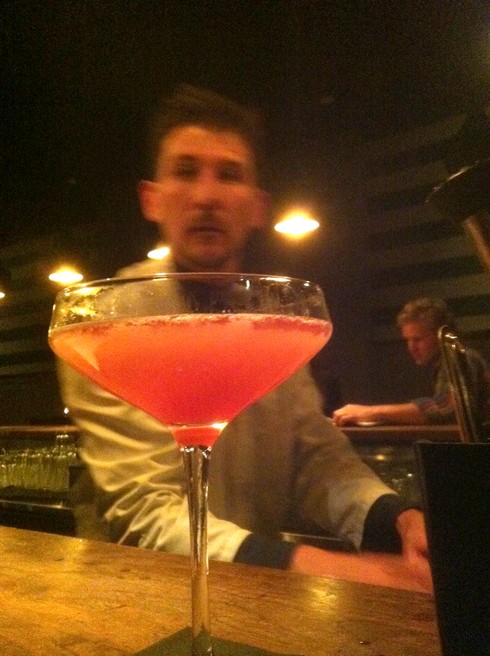 1105 is a classy and clean place with striped wallpaper and a few low pieces of furniture, like a small businessman's happy hour bar in Manhattan. The main focus of the room is on the oblong bar with stools around half the circumference. 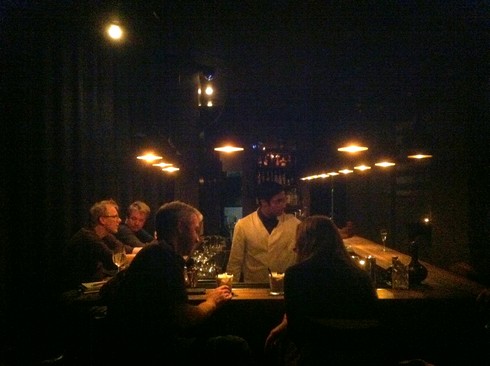 I was there early on in the night but the people sitting around the curve of the bar were friendly and social. There was a Danish guy from Seattle sitting next to me so I had to break the news to him about Murray Stenson leaving the Zig Zag. I carry bad news everywhere I go!

After three most excellent drinks at 1105, we headed to Union, a speakeasy bar (no name on the door, buzz your way in) that has another speakeasy bar called Bureau inside of it (up the stairs, limited capacity). Gromit and I squeezed into the bar area, which was tight with only a little room between the back of the barstool and a path for people to walk by to where it opened up a little more. There was another small seating area on the other side of the bar.

The drinks here, at least the ones I was ordering, were nice and boozy and fairly experimental. I opted for one with Fernet and gin, which should come as no surprise to anyone. 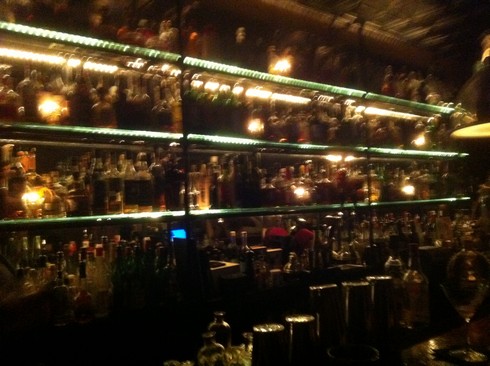 Among the friendly staff and patrons at the bar I met Geoffrey Canilao, who works the upstairs bar at Bureau. Turns out he's a native San Franciscan who bartended at Employees Only in New York. We were having a great time talking (about burritos, of course) so he and his wife joined us at the next bar too.

That next bar was Ruby, a multi-roomed space with couch and living room chair seating spread throughout what looks like someone's apartment. There was just one bar serving the whole place (you stood in the bar room, sat in the rest), plus an outdoor smoking patio. In some ways, the take-over-an-apartment thing reminded me both of Lebensstern in Berlin and the No Name Bar in Dublin, but perhaps I've been on the road a little too much this year. 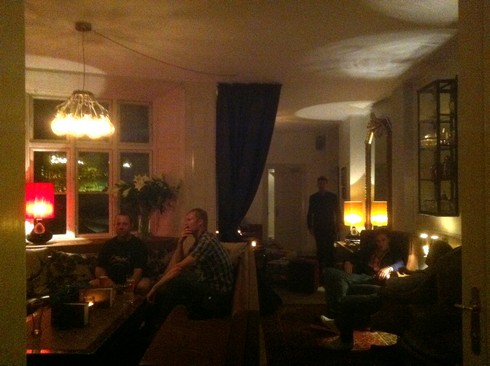 The crowd at Ruby was young, rich, and good-looking, so I immediately felt I was among my equals.  Kidding aside, the people were pretty friendly for ones so fancy. Maybe it's a Danish thing. I had a nice licorice-root-infused tequila drink, and a passion fruit cooler of some sort that was what I needed (near) the end of the night. 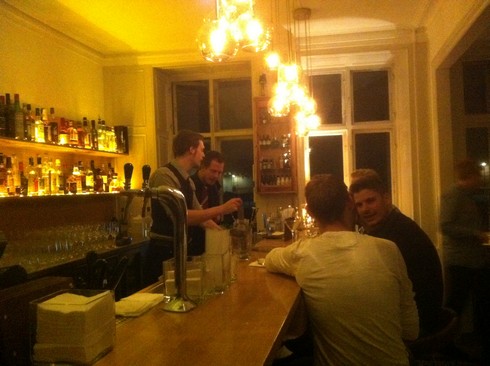 Because the 11 or so drinks so far weren't enough, Gromit and I headed to Cosy, located near my hotel. I guess the place is ostensibly a gay bar, though the genders were mixed 50-50 and people only seemed to care about partying. It was a hootin' hollering' you-know-better-than-to-order-a-cocktail-here good time.

And then it was time to call it a night. Or a morning, as the case may have been.

You missed out a late night bar that also seves quality cocktails--The Jane.
And it sounds like you didn't make it downstairs at Ruby--there's another bar within the vault in the basement. I was realy surprised/impressed by the cocktail scene in Copenhagen on a recent visit-it's actually not a challenge to have a proper rye manhattan there. Affordability is another issue altogether...