Below is the new menu for 1886 Bar at The Raymond in Los Angeles (Pasadena, really). 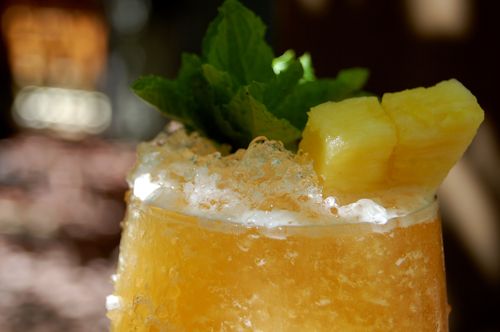 (If you see a link below, click it to read the menu.)

This drink’s first version was created at Don the Beachcomber of Hollywood in 1934 by Don Beach, creator of the “Tiki” movement.  Limit 2 per customer.

“QB” stands for Quiet Birdmen, a drinking fraternity of aviators founded by seven WWI pilots in 1921. However, this particular little drink was created by Don Beach at his Hollywood bar in 1937, and was rumored to be the inspiration for a famous drink created by Tiki legend Trader Vic.

Back in the 1880’s there were many different variations of Pimm’s Bottled Cocktails, most of which have been lost through the ages.  The last season we re-created the Pimm’s Cup with Tequila & Bourbon….This one is housemade with Remy Martin Cognac per Greg Gertmenian and Marcos Tello.

(Remy Martin Cognac based on Pimm’s No. 3, with citrus juices, mint, cucumber & tonic)

Created in traditional swizzle format and inspired by a park of the same name in Culver City.  Thanks Matt!

The earliest mention of the Pina Colada is a pirate story set in the 1800’s.  A Puerto Rican pirate, Robert Cofresi, also known as El Pirata Cofresi, is attributed with mixing a beverage that contained coconut, pineapple and white rum for his crew, hoping to boost their morale…We hope our version boosts yours as well.

The “Smash” category was the “it” drink of the 1850’s.  This was basically a julep on a short plan, however, the modern version throws some lemon wedges into the mix. Our version, includes a seasonal take on this category utilizing peaches.

The “Daiquiri” was created in 1898 by an American engineer working in Cuba near a town by the same name as the drink.  Our twist on this simple mixture of rum, lime, and sugar has fresh cherries in it.

The most well known version of this recipe was originally created at the Bank Exchange in San Francisco. This lovely version is inspired by drinks expert Julie Reiner of Clover Club, NYC.

This creation was brought to us by cocktail legend Francesco Lafranconi – his “garden variety” take on a negroni.

Our version of the refreshing iced tea cooler was created by our own cocktailian bartender,  Garrett McKechnie.

Just like a classic car sometimes classic cocktails need a bit of time to come into their own.  The Caprice is one of those whose potential was recognized by 1886 barman Danny Cymbal.

This first appeared in the 1949 Esquire’s Handbook for Hosts. 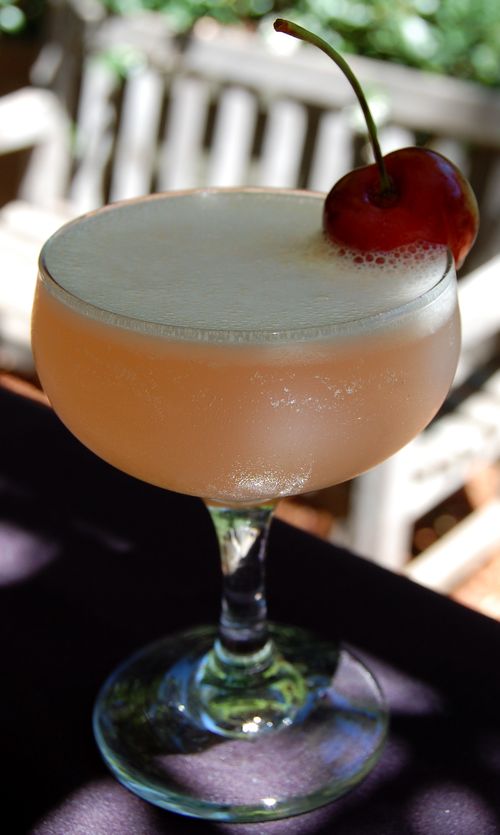