When I was in France for the G'Vine competition, I was captivated by one drink in the finals. It is the simple combination of gin, lemon, cinnamon syrup, and plum wine. So simple, so delicious. 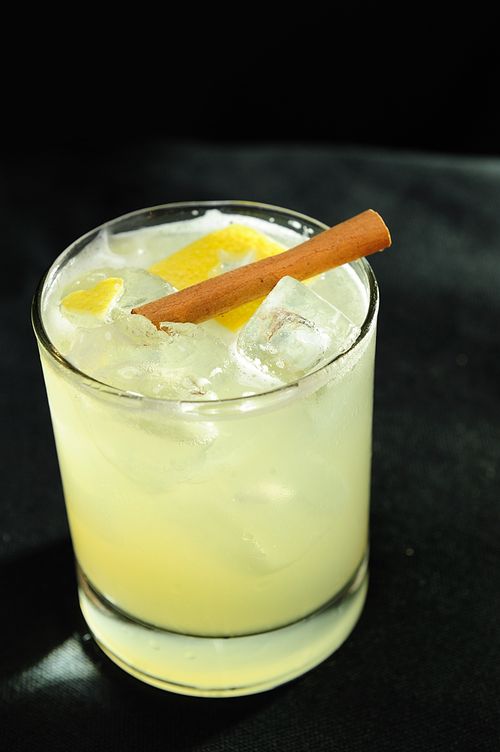 The drink was created by David Wolowidnyk of Vancouver. The recipe is on my post on the Fine Cooking website, but what the heck, I'll print it here too.

Kakkoii
By David Wolowidnyk of Restaurant West in Vancouver, Canada

Shake all ingredients with ice and strain into an ice-filled old-fashioned glass. Garnish with a cinnamon stick & lemon zest.

To make Cinnamon Syrup, boil one liter of water with two cinnamon sticks until the water is reduced by half. Add one liter of granulated sugar and simmer until just dissolved. Remove from heat to cool before using.

Although it may have taken me a while to respond, thought I'd add that coincidentally, I used a combination of G'Vine Nouaison, June Liqueur, Cinnamon Tincture, and grapefruite juice for last year's edition of the GCP as well!